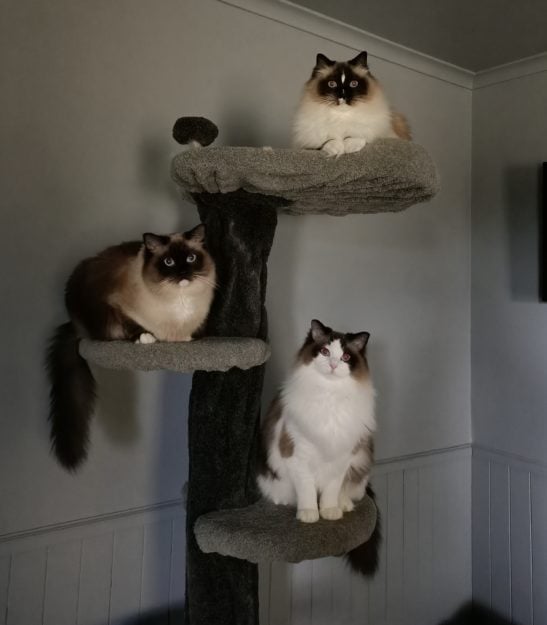 I first encountered Ragdolls at a cat show in my late teens and finally got my first Ragdoll Luka, a blue bi-colour when I was 20! From then I was sold on this breed!

Unfortunately, he had quite a number of health issues and didn’t live a very long life but in his short time he made an enormous impact on my life. It was very difficult and traumatic having a cat with the health issues that he did that I was very nervous about getting another one even though I absolutely loved their temperament. However, given how social Luka was, we decided to go ahead and get him a little brother. 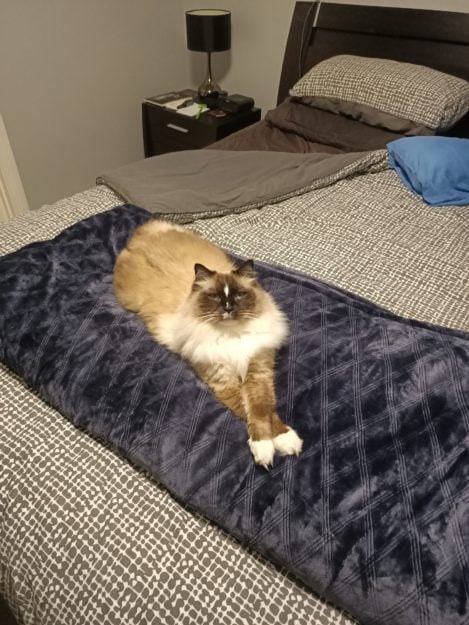 Thankfully, after a lot of research I found Vera from Ravera Ragdolls in NSW! We adopted Atticus, a seal point with blaze who is now 7yrs old. Luka had a lot of fun with Atticus and after he passed, Atticus definitely felt the void of losing his brother.

After moving house we decided it was time to add to our fur family, so we contacted Vera and Mieka, seal bi-colour and Pazuzu, seal-point came along not too long after that! They are now 2 yrs. old. 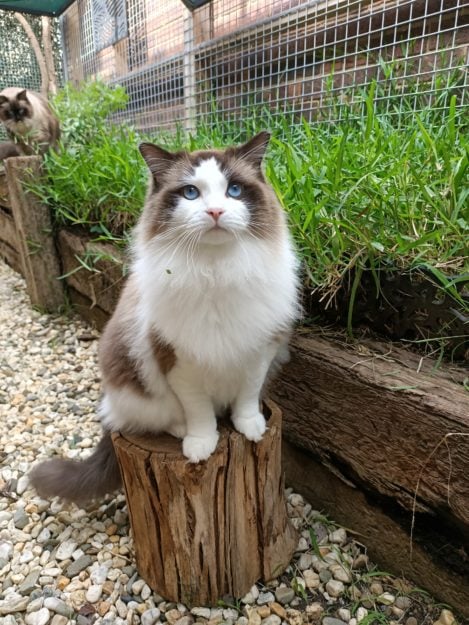 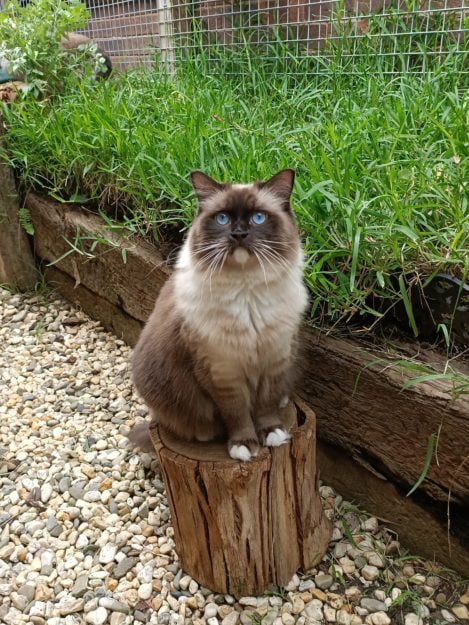 Atticus had his first plane ride to Melbourne as a kitten, you would think this would have traumatised him but on the drive home from the airport he was bouncing around in his carrier, life was great! 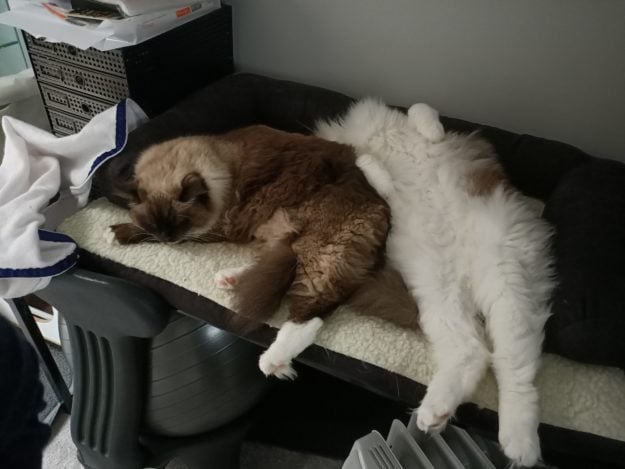 We decided we would do a road trip to collect Mieka and Pazuzu which involved us setting up a giant crate in the back seat of our car for them, they were such well-adjusted kittens that they couldn’t care less; there was lots of playing and bouncing around in the back! 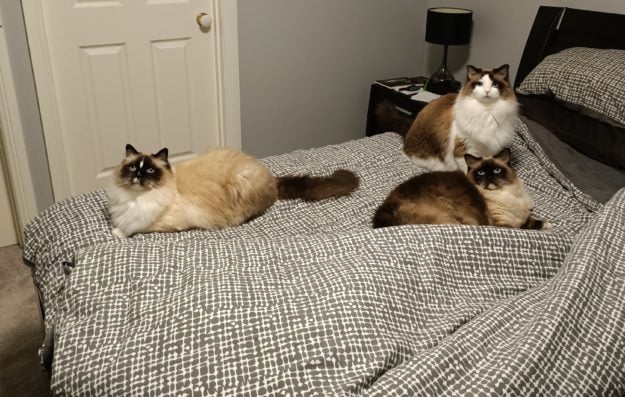 We have had these gorgeous boys since they were kittens and they all stole our hearts from day one. Vera is absolutely amazing, our boys are so healthy and well adjusted, I would have no hesitation recommending Vera!

Our three are so different and have such unique personalities. Atti is a little sassy but is the protector of the family, Mieka is my shadow, he is so sweet and gentle and just wants to be with us and Pazuzu, well he is just the life of the party, always playing, always trying to hang out with our German Shepherd Sky, he loves everyone and everything. They make us laugh daily with their little antics! 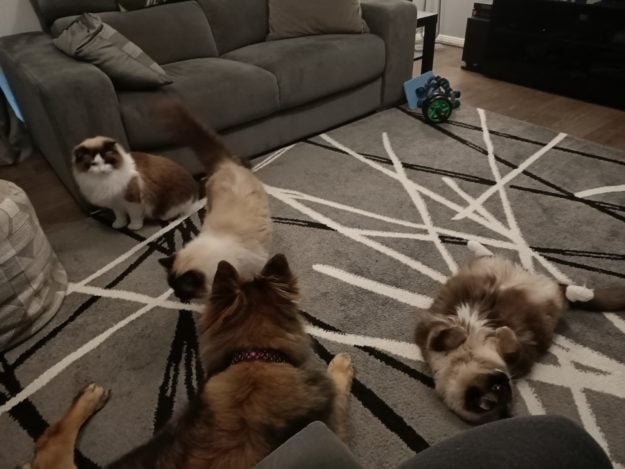 Favourite toys? Our boys absolutely lose their minds over ping-pong balls and rubber balls, they even carry them around the house! Their miscellaneous toy collection has grown so large that we now have a toy box for the, yes a toy box! They have taken over every plush blanket we own and love to “bake” on them! 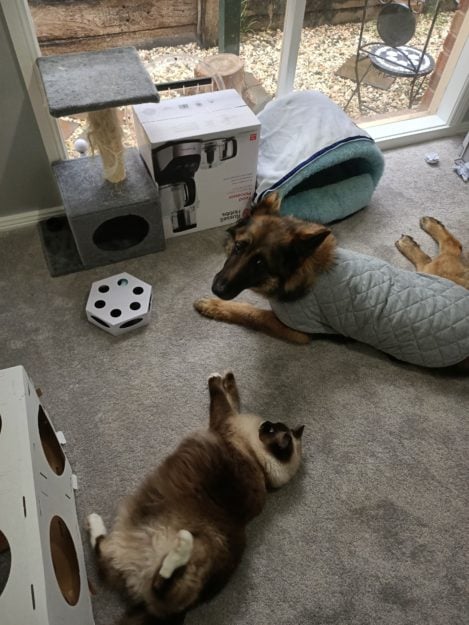 We have a cat run set up that they spent every moment they can in when the sun is shining, except Pazuzu who is more than happy to play in the rain! They are obsessed with being brushed (every long-haired cat owner’s dream), if the brush comes out they are all there waiting for their grooming session! I am so glad we found this special breed. Our boys have a Facebook page called Three Whiskerteers and an Instagram @three.whiskerteers.