×
Home » Cat Product Reviews
After our review of the Shark Cleaning Apex vacuum, I asked Shark if they would be game to send me a steam mop to review - lucky me, they said yes!  I have wanted a try out a steam mop ever since I saw them featured on a website I regularly follow, Everyday Cheapskate, as a sanitary alternative way to clean without chemicals and cleaners.Since I had already watched how it worked on several YouTube videos, when it arrived, I went straight to the store and got distilled water, so I had some for the unboxing video.It was super simple to put together, as you can see in the unboxing video and I also thought it was easy to load the water (some had complained about that in the Amazon reviews - so I covered that in the final review video).

The Shark Lift-Away Pro Steam Pocket Mop is a 2-in-1 steam pocket mop with a removable handheld steamer for above-floor cleaning with two attachments - one is for steaming garments and the other is a tool with a hose to clean many things including ovens, countertops, stainless steel appliances and more.I did not specify which model of a steam mop I wanted when I reached out to Shark - so they sent me what they wanted to.  I really was just looking for a mop - I didn't really care about the accessories - like the above-floor cleaning tools or the garment steamer.  So I will focus mainly on the steam mop, although I did use the tools - and talk about that in the final review video. 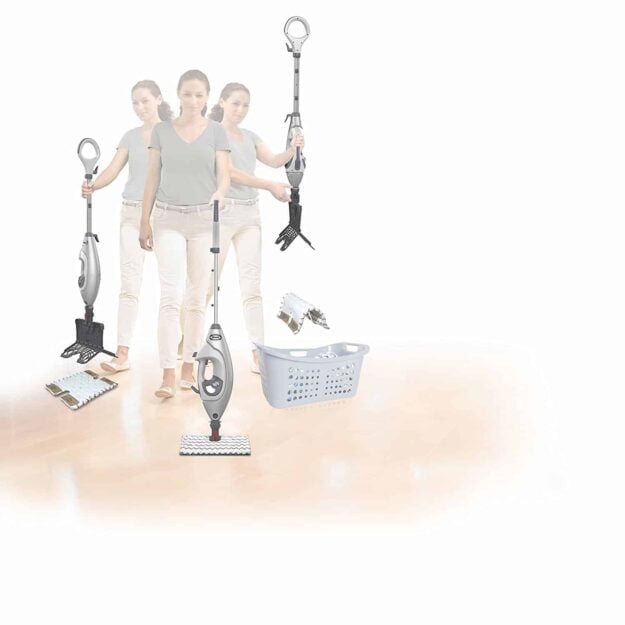 The steam mop has an intell-mop head with a touch-free pad attach and release technology - it's really nifty - you can release the pad with a touch of a button - and I feature it in our final review video (and in our unboxing video). 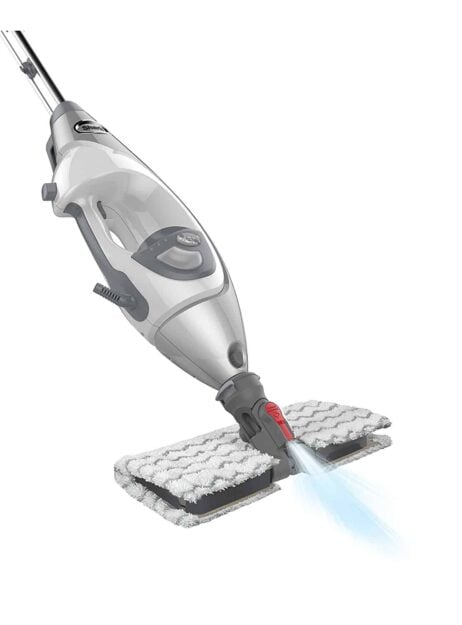 It also has a steam blaster that blasts stuck-on messes - and was definitely my favorite part of the mop, mostly because it was so fun to do.  There are 3 levels of steam control - but I always used it in the high mode (the tools only have one setting).The main dirt pad is dual-sided, so you can use it "twice" while cleaning your floors.  There's a 22ft cord length which was a little too long for my small kitchen, but might be perfect for someone with a bigger kitchen.The water tank has a capacity of 500ml and was easy to fill using the little cup that comes with it to fill it - you just have to lay it on it's side on a counter or on the floor to fill it, since the mop does not stand on it's own. 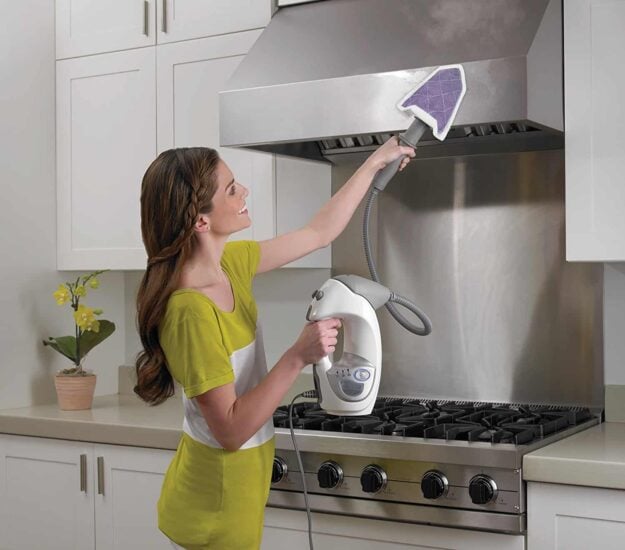 As I mentioned above, I wasn't looking to review anything but a mop, but after much debate, decided it was important to feature the accessories - which made our review video even longer. 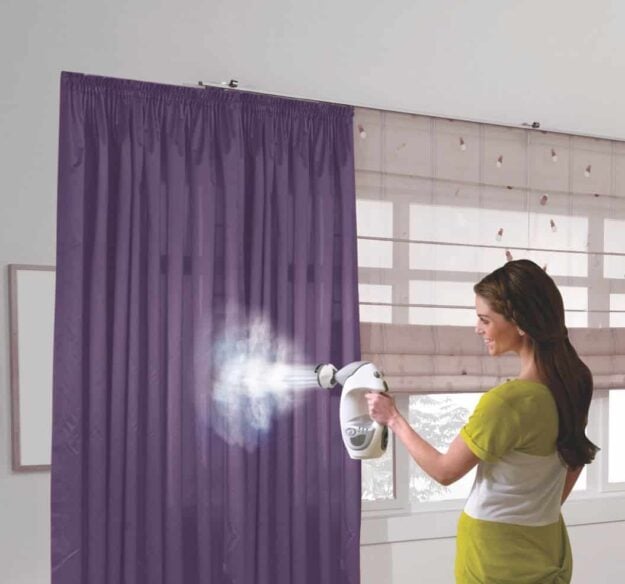 Overall, I doubt I will be using them much - it's nice to have a fabric and upholstery steamer, since I didn't have one, but I probably won't use it again for a year or more. It did remove wrinkles from the fabrics I tested it on.  The hard surface steam cleaner did a really nice job breaking down grime and more on my oven and other areas of my house - making it easy to wipe away.

I am super excited to have this steam mop - I don't keep all products that we review, but I will be keeping this one.  I loved cleaning my floors with it.  I felt like I was doing right by my cats and me - keeping my home clean while keeping it chemical free.  I also liked how it cleaned - it felt clean and smelled fresh like water =).  I DREAD mopping, and I didn't with the steam mop because I didn't have to fill a bucket with water, make several trips up and down my stairs, etc - everything I needed to clean was within the steam mop.I would have liked to have received two of the washable grip pads - the rectangular one - so that you could wash one while you use the other.  You can buy additional grip pads, though - so that's nice.   The grip pads have held up well, however, they do retain a fair amount of the brown look you get from cleaning up dirt.  It is not recommended to bleach them, so on second, third, fourth use, you couldn't tell how much dirt you were really getting like you could after the first use.  Not a huge deal, but just something that was a bit of a bummer. 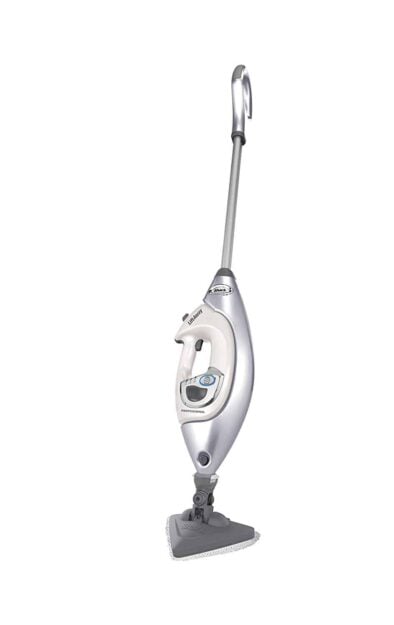 The triangular head is easy to put on and was great for getting narrow-er areas like around the toilet.The steam mop doesn't really move like a mop - reminds me more of pushing a Swiffer....but it glides easy enough and it's super lightweight.I still hate mopping - but the Shark Lift-Away Pro Steam Pocket mop has made me dread it much less - and as a result, do it more often - which is a very good thing.  And I REALLY LOVE the concept of steam cleaning - without chemicals - so much better for our beloved pets, especially cats who lick off everything that gets on them - including their paw pads which have contact with whatever chemicals you are using in your bathroom, kitchen and more.  I am glad the steam mop did it's job, so I can continue to use it as a mop.

We received the Shark Lift-Away Pro Steam Pocket Mop  for review from the manufacturer.  Receiving the free product and the review fee did not influence this honest post.Check out our other cat product reviews.