Schumann and Sky - Ragdolls of the Week 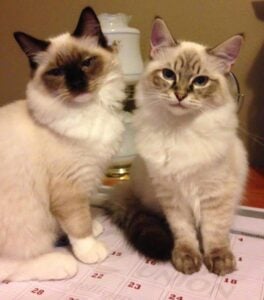 My husband and I have always like indoor fluffy cats because they are so cuddly. We researched and fell into love with the character and the appearance of Ragdolls. Our first Ragdoll, Chopin, a beautiful Seal Mitten was purchased in the summer of 2002. We had our first child the same winter. He was so good to our baby. However, the following year Chopin died of hereditary kidney failure. Our hearts were broken. The breeder from S.E. Idaho over-committed to multiple breeding; there were also Maine Coons and Himalayans. Both she and her cats became ill. She was arrested for animal cruelty in 2006 as other clients had come forward.

We decided to go to the International Cat Show in Portland, Oregon in 2013. We met Heather from SnuggleRags in California. Then we picked up our two kittens during our spring break trip! 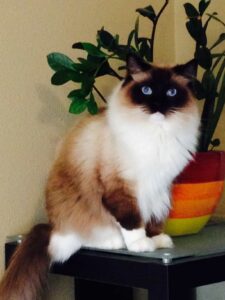 Schumann, the seal mitted, is a vocal one, meowed non-stop in the car ride to Long Beach airport. Sky, the seal lynx, sweet looking and, unlike Schumann, just enjoyed the car ride. They were so darling on the plane. It was very easy to check them in on JetBlue.

The kitties were so funny when they got home exploring around, and were very good at locating their food and litter box areas.

We discovered quickly our cats like to fetch. Sky came up to us one day and dropped a piece of crumpled up paper at our feet. We tossed the paper and he would bring it back 15 times; before he would move on to something else. Schumann runs hard and fast after items we toss for him. If we toss something toward the far end of the room, he would run so hard he would slide into the wall like he is a bowing ball! The cats love hanging out with us in the bathroom in the morning. They like to follow us in the house. 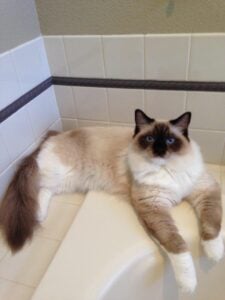 Schumann has learned the word spider. If we say "spider" he will run to where we are, no matter where he is in the house, and start looking up. If we point in a certain direction, he will look there and get ready to attack. He likes us to lift him up to a spider, and he will knock it down to the ground and chase it.

They like to be around in the piano room when I give lessons. They also like to be petted by my students. They are good therapy and help to maintain a calm atmosphere during the lessons. 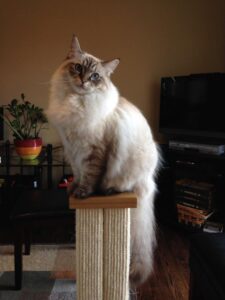 We like our cats to have a non-byproduct and no corn diet. We used to feed them Natural Balance and Merrick Purrfect canned food. Then, somehow they lost interest. We now feed them each a tablespoon portion of BFF can food two times a day, and a 1/3 cup each of Pure Vita dry food every morning for them to nibble through the day.

When we first brought them home, we used Feline Pine Original cat litter and it scent control, which was quite good. We only had to scoop poop out, no need to take care of urine since it dissolved into dust. However, it became too powdery. Then we switched to Precious Cat Ultra Premium Clumping and loved it! It was less dusty and easier to scoop. Then we heard about World's Best and discovered it is easier to scoop and much lighter to empty the litter box than with the Ultra Premium as it is the cornmeal based. The tracking control is not bad.

Schumann and Sky are 2 years old, healthy, playful and adorable. They are such good family pets. 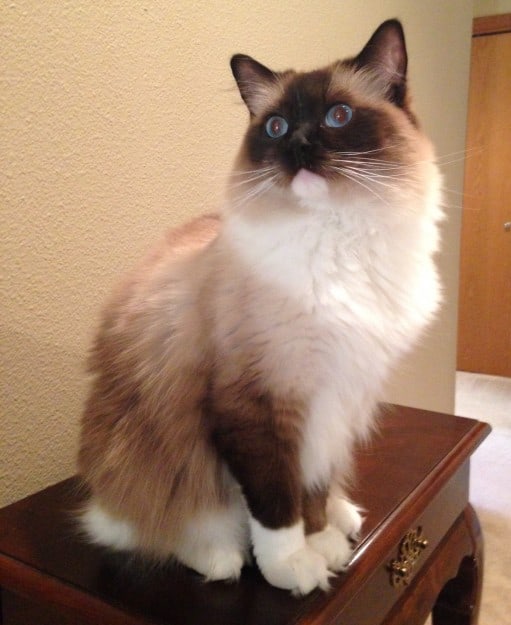 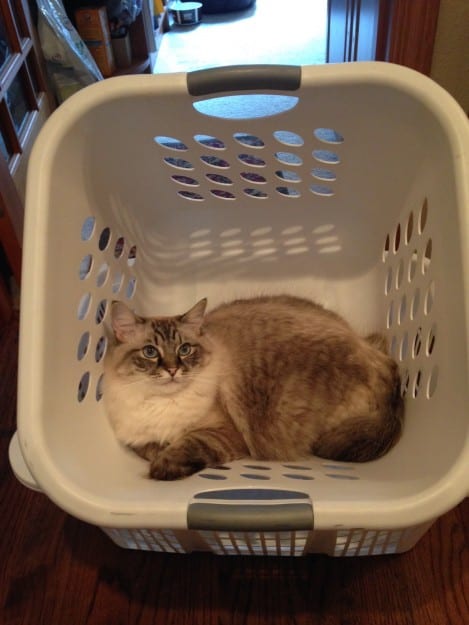 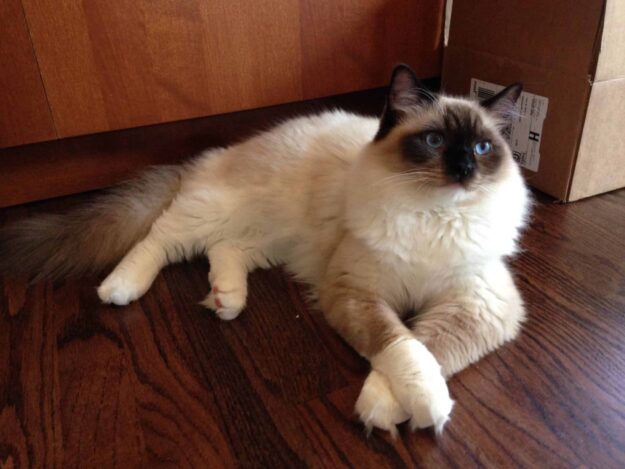 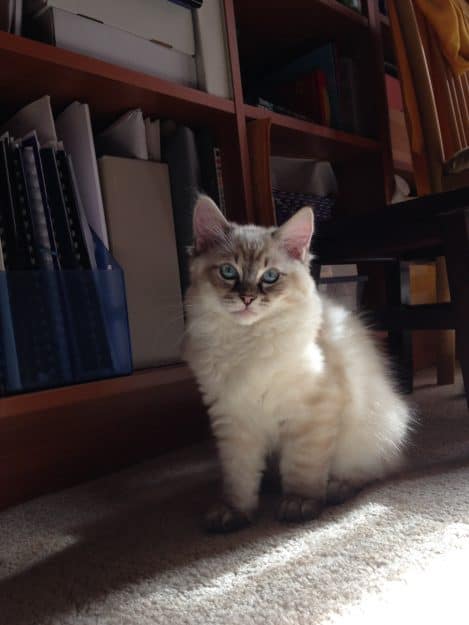 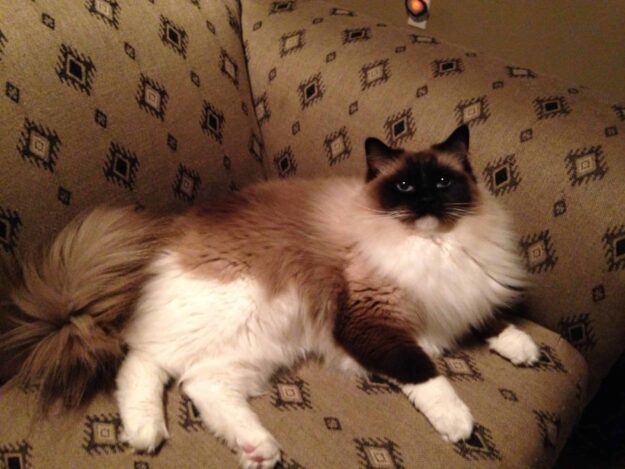