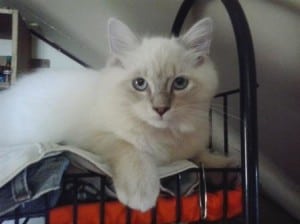 My name is Dawn and I live in the Philippines. 8 months ago, I bought a Ragdoll from a breeder here, and considered it as my husband’s Christmas gift to me as we bought him in November.

I first learned of the ragdoll breed 12 years ago when we were still living in the U.S. We were living in a suburb of Chicago during that time, and I was a regular at the public library there. One day, I went there to return my books and was enamored by this beautiful, and well-behaved cat sitting atop the counter. She was the biggest cat I had ever seen! So regal in her bearing, I fell in love with her right away. Having owned a bevy of cats and dogs in my childhood, seeing her there woke up my feelings of wanting to own and love a pet again. “May I?”, I asked the librarian, my hand hovering over the cat’s head. While I was petting her, I was able to know about the breed and how big they actually get! I have always loved the bigger animals, so this one zoomed up to the top of the list. 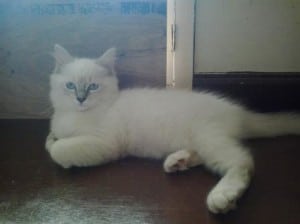 When I went home, I immediately went in search of a breeder in our area. Three weeks after that, however, we were hit with devastating news; our visa to stay in the U.S. permanently was denied, and we were supposed to return to the Philippines in a month. I was crushed. There was no way we would be able to get a ragdoll now. I learned about the paper work and all the requirements of bringing a cat out of the U.S. and it was just too much. What, with 3 kids, my husband and me, and a whole lot of luggage, I figured it would only be so stressful for the cat to be in that situation.

In the Philippines, I tried to look for a breeder of ragdolls, and there were none! This was in 2002, and the breed was practically unheard of in our country. I was heartbroken. I was pretty sure I would never be able to own a beautiful cat such as the ragdoll... 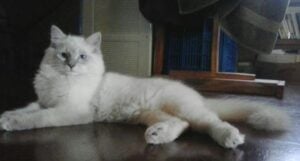 Fast forward to 2012. I was online one day in October when the idea of looking for a ragdoll entered my mind. Out of nowhere, something just pushed me to do it. I typed “Ragdoll kitten for sale Philippines” in Google and got several sites. I clicked on “Ragdoll kitten for sale 1 male available” that was advertised on a local site. I got the breeder’s number and sent him a message. I didn’t hear from the breeder and I was beginning to feel the ad was probably a hoax or something. Then, a day later, the breeder answered. He asked for my email address so he could send me more photos of the cat. I was so excited, I couldn’t sleep! As we began to negotiate the delivery of the kitten, I pored over his pictures over and over, not believing I would finally own a cat I had dreamed of owning for 12 years! 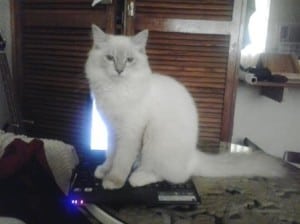 Finally, 3 weeks later, I was holding in my arms my 12 year dream. My heart was bursting with so much love and happiness! We named him Rocky just because all my four kids have the letter R as the initial letters of their first names. Three of my kids are already away in college and our youngest is 8 years old, so Rocky has become the baby of the family. He is so sweet and loving. He purrs a lot and loves to stay beside any of us or follow us around the house. When we arrive from going somewhere, he is at the door to meet us. He also love to sit on our laptops whenever we are working as if to say, “Attention to me, please.” My friends like to tease me about my timeline in Facebook being filled with pictures of Rocky. He is 8 months now and has grown into a really beautiful boy.

Ragdolls are still rare in the Philippines, so I am a proud owner of one of the rarest and sought-after cat breeds in my country. 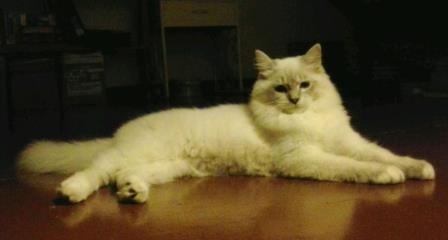 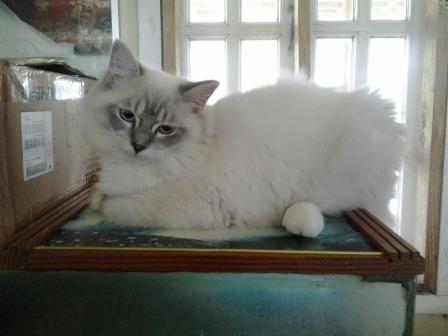 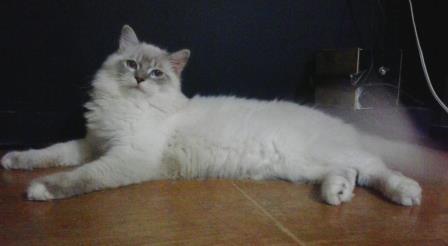 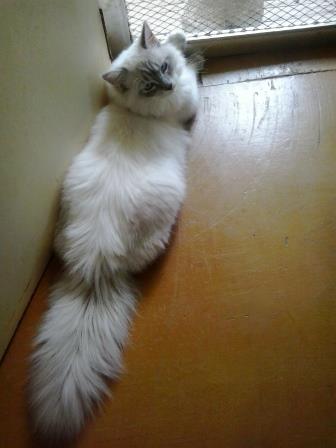 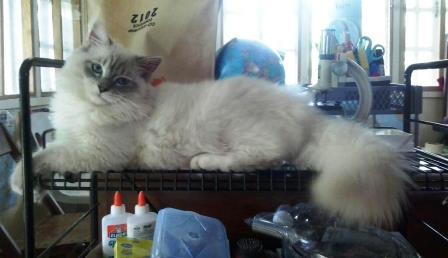 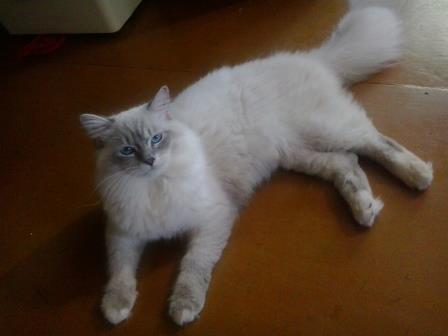 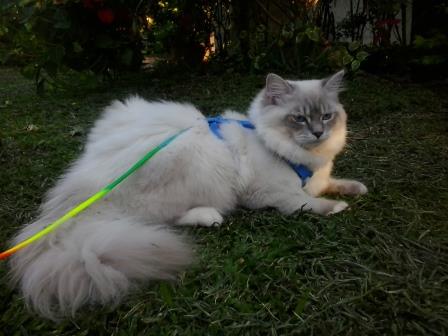 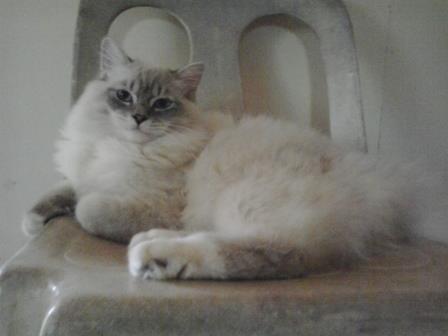 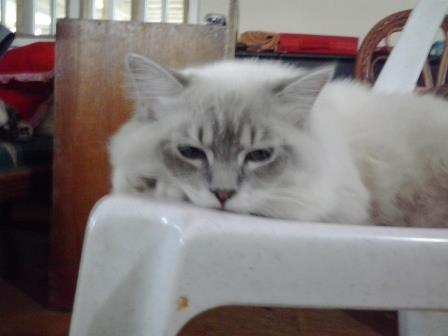