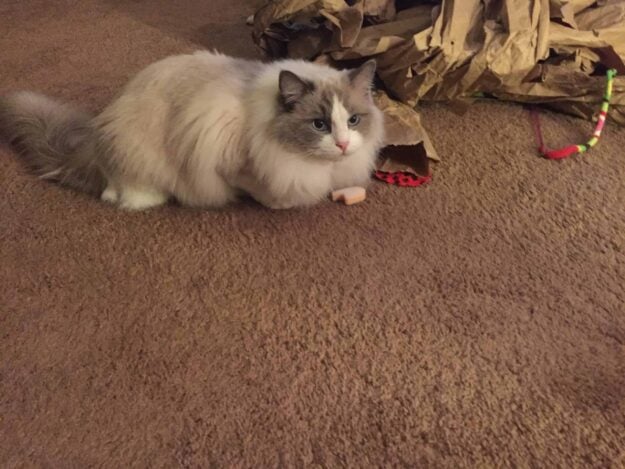 Puff is a one and half years old, Blue Point Ragdoll and was born July 2016. When Puff turned one, I had a cat birthday party for him and it was so much fun! I made a litter box cake made with tootsie rolls to look like the poop! I made tuna fish sandwiches and had Swedish Fish candy and Goldfish crackers. We had a cheese plate with toy mice on it and played pin the tail on the cat! He likes to play with my niece in the picture dressed up like a lion. My family all had on cat ear headbands and tails. 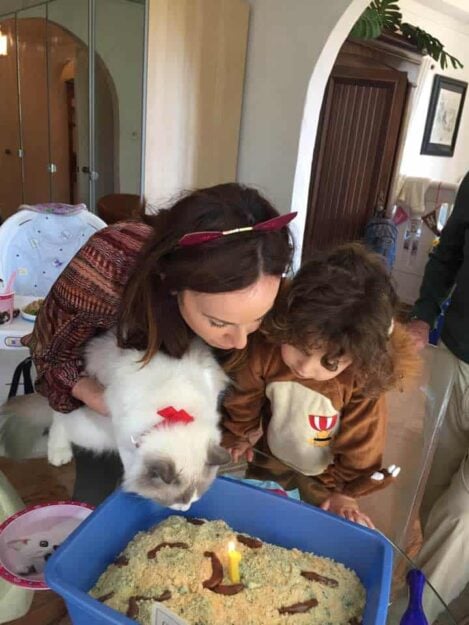 I adopted Puff when he was a kitten in November 2016. How I learned about a Ragdoll breed was a long distance friend of mine was posting her Ragdoll on Facebook and I thought he was so cute, I had to have one of mine own! 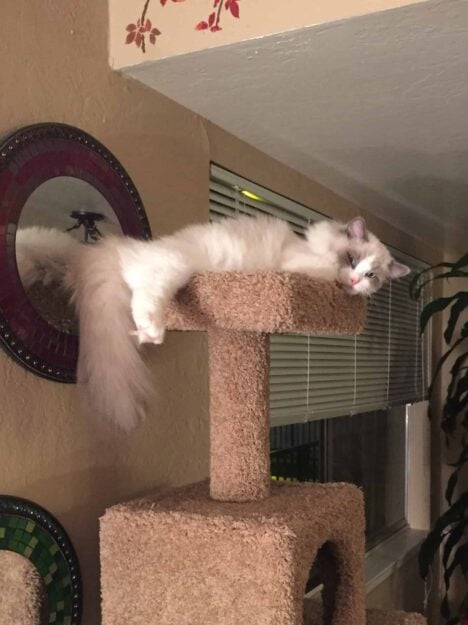 He is from Beach City Rags breeder in Southern California. I live in Northern California and the breeder delivered him to my house, which I thought was very nice! The downfall was he was loaded with fleas and I didn't realize it until two days later. It took me a couple months to get rid of them. I felt very bad for him. I asked one of my friends who has two teenagers to come up with names and they listed Puff and I immediately loved it! He is fluffy and his name fits him well. He is friendly and runs to the door when someone enters my home. He sleeps at the foot of my bed with me every night and he is my best buddy! His favorite game is to hide in piles of packing paper and jump out and attack me when I walk by. He plays fetch and goes after crumbled pieces of paper that I throw and brings them back to me. He also likes to chase bubbles that I blow in the living room. He has a very discerning palate and only eats canned cat food: Tuna (Applaws), Salmon (Beyond brand) and ocean fish. I've tried canned chicken, duck, venison and turkey, but he just won't eat it. He loves flakes of dried fish for a cat treat. He is not a lap cat, but he enjoys laying on the couch next to me. He allows me to clip his nails and loves to be brushed. I hold him upside down in my arms. 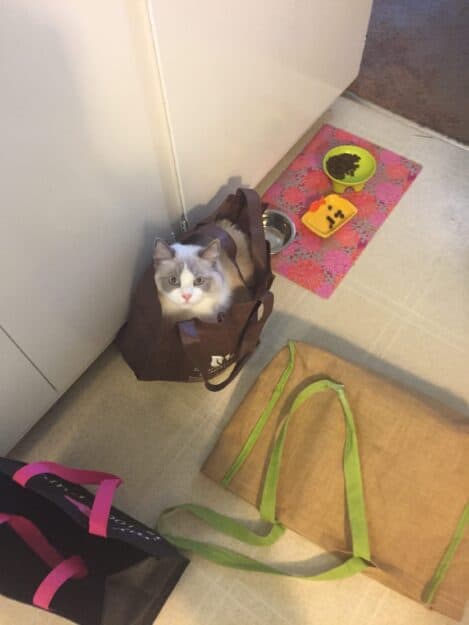 Puff loves to travel in my sister's RV, so he is an adventurous kitty! He travels with my sister's Persian cat, Taj and they are good buddies. He was going to Avila Beach in this picture, which was his first time in the RV. 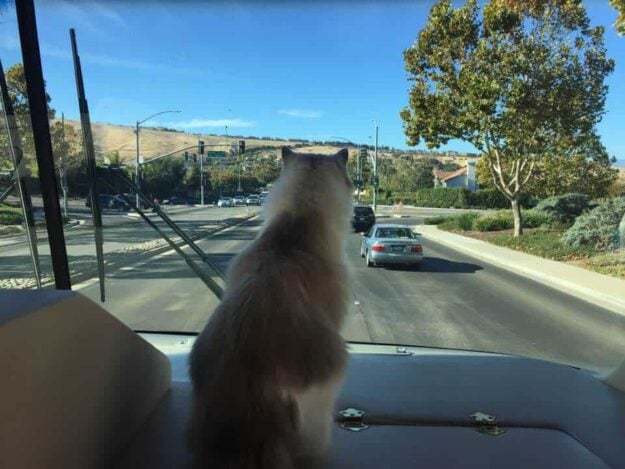 Lately, I am feeling like Puff would enjoy a playmate, so I am probably going to get another cat in the future! I am so happy to have come across the Ragdoll breed, as he is playful, friendly and such a joy!Love, Mommy JennaDo you have a Ragdoll Kitten or Cat?  Consider submitting your kitty!  Ragdoll of the Week submission guidelines