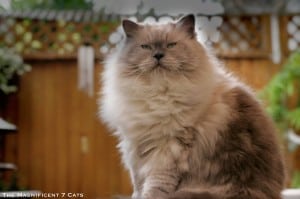 Prince – Ragdoll of the Week

Rerunning this Ragdoll of the Week, as I have not rec’d any new submisions.

It’s usually about 5.30 am at our home in Putney, South West London when my fiancée, Steven is woken-up by a persistent-but-gentle tapping and scratching on his back.

That’ll be Prince, then.

Prince will have spent the last few hours sat on our bed-side table watching over us while we sleep. The tap on the back is Prince’s special message to Steven that he’d like to go downstairs to join our other six cats for breakfast.

I think Prince likes to see himself as the ‘daddy’ of the family. He’s is everything a rag-doll should be: loving, docile, floppy, slightly aloof and rather self-assured. There’s a wisdom about Prince which transcends what one might expect from a mere ‘pet’. It’s like he was sent to us for a special purpose and it’s a responsibility he takes very seriously! 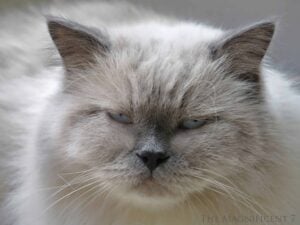 I’ve had Prince, a Blue Point Ragdoll since 2007. He was my first ragdoll and he’s a big boy at about 6kgs.

He’s a bit of a loner and tends not to socialise too much with his six siblings. You could almost describe him as grumpy and he’s been known to give the younger cats a whack around the head if they get too giddy.

I suppose Prince has a rival in Rocky, our 6 year-old ‘tuxedo’, a Turkish Van crossed with British blue. There will be fairly frequent stand-offs, with Prince and Rocky staring each other out and each making that slightly creepy and other-worldly moaning sound. This could go on for ages if I didn’t break them up. Boys will be boys.

As grumpy and aloof as Prince might seem, this isn’t the fully story. Of all our seven cats he’s the closest to a ‘lap cat’ we have. He’s very happy to sit beside us on the sofa while we’re watching TV and loves to be stroked and fussed over. He’ll usually give Steven his paw to hold and sit quietly purring for as long as we’re there; it’s very sweet. 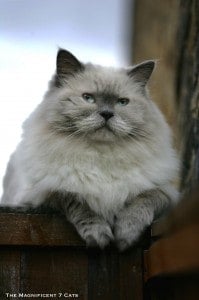 Needless to say this domestic idyll is violently shattered the moment Prince gets a hint that I might want to brush or groom him. He hates being brushed and he’ll do anything to avoid it.

Prince has a mild obsession with the litter tray. When one of the other cats has used it, he invariably wanders over, has quick sniff and ensures that the contents are well covered-up. It’s this slightly odd habit which prompted us to call him ‘The Toilet Attendant’.

In 2013 we were lucky enough to have a session with Laura Stinchfield, the Pet Communicator based in Ojai CA. During a very interesting chat with Prince, we asked him about his litter-tray obsession.

I think he was a little put-out, explaining that he could tell a lot about how well the other cats are feeling by sniffing their poop and that he’d rather we saw him more of a doctor than a toilet attendant. He was quite insistent that if there any of the cats had a health issue he’d let us know. He wasn’t sure how he’d do this but insisted ‘I’ll find a way’. Thus Prince became Dr Prince.

So maybe that’s Prince’s special purpose; a little angel sent to watch-over us all. 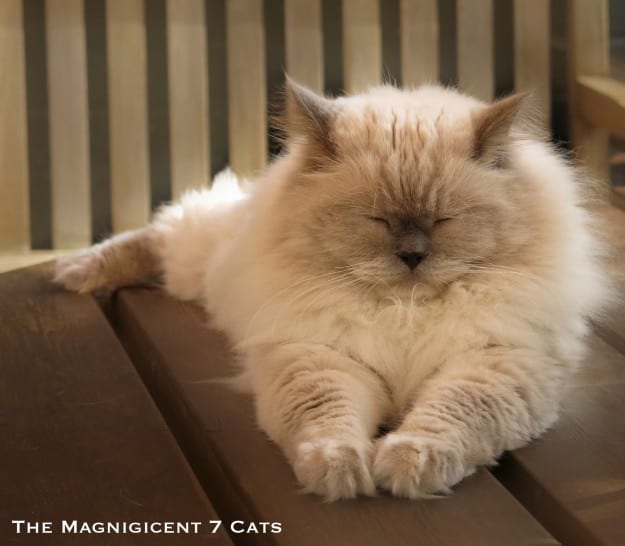 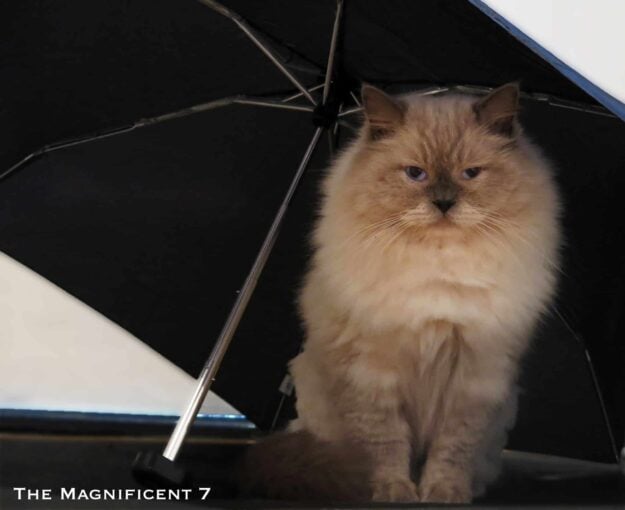 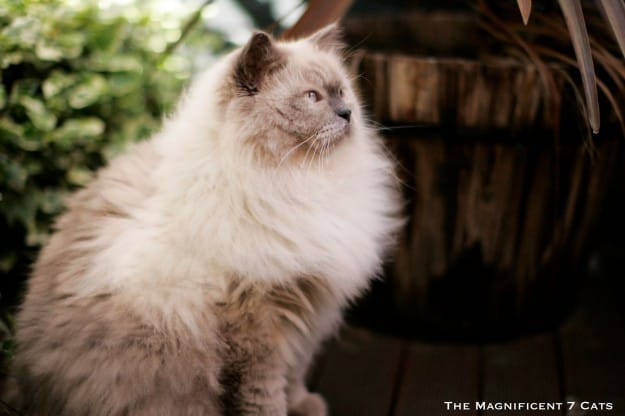 10 thoughts on “Prince – Ragdoll of the Week”