Possum – Ragdoll of the Week 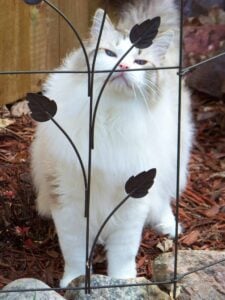 I wanted to tell you about my precious boy Possum. Although he crossed over The Rainbow Bridge about a year ago, not a day goes by without my thinking of that big bundle of joy. In his honor our, Possum now shares a place with other Ragdoll Paws in Heaven.

When we first brought possum here to his forever home, he was a retired show cat. And he was a Champion too! We adopted him from Sue Villareal at Lonerock-Catastrophe Ragdolls. What a stud he was, always prancing and showing off. I’m certain he must have some beautiful sons and daughters out there being loved too. We had Possum for six years. He was a Chocolate Lynx Bicolor with beautiful markings and he weighed eighteen pounds at his heaviest. There is still a photo of him up on the Lonerock-Catastrophe Website. Possum would have been ten years old when he left us. 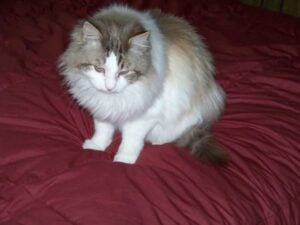 We did quite a bit of research before we began looking for a Ragdoll of our own. Every breed of cat was researched and studied. We wanted an affectionate cat that would get along well with our Golden Retriever and two boys. Possum really fit the bill from the minute we brought him to his forever home. He really loved playing with the boys, teasing Lucas our dog and of course, cuddling next to us in whatever room we happened to be in. Possum would follow us from room to room, always wanting to be with us. He was so soft and snuggly and he loved everybody. Everyone loved that big furry guy too. He couldn’t have his belly rubbed enough and he always rewarded you with those fabulous head butts and nudges. There he is, walking with his tail held high while he winds his way in and out and around your feet. You have to stop to pet him before he trips you! Oh Possum, I miss you dearly. 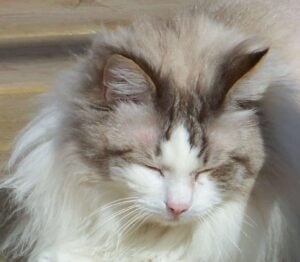 Possum did have his faults too and sometimes they were frustrating. He was brought up in a kennel and was allowed outside into this beautiful large outdoor enclosure. It was great for him but because of that, he always wanted to be outside. He wouldn’t run away but he wanted to do his duty outside. That was a problem because he would’t poop in a cat box. His love of the outdoors was probably his demise. One day last November he was taken away from us by a coyote. Possum didn’t have a chance. He would not fight back. I’m so sorry baby boy. You didn’t deserve such a horrible end to your precious life.

The void in our life was hard to bear. We missed him so much that in December we adopted a new baby girl named Sadie. She’s a Blue Bicolor Ragdoll and was such a joy that we adopted her a playmate, a little man named Simon. He’s a Seal Colorpoint Ragdoll and it’s uncanny old how much he’s like Possum already and he’s only ten months old. We love both our new Ragdolls, but no kitty will ever replace our baby boy. We miss you sweet Possum… now and forever. 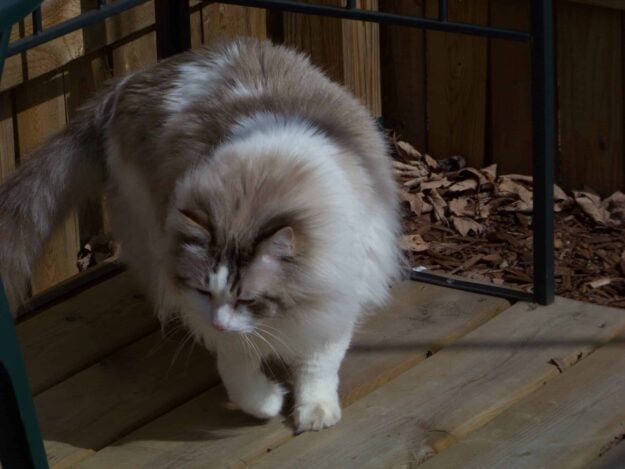 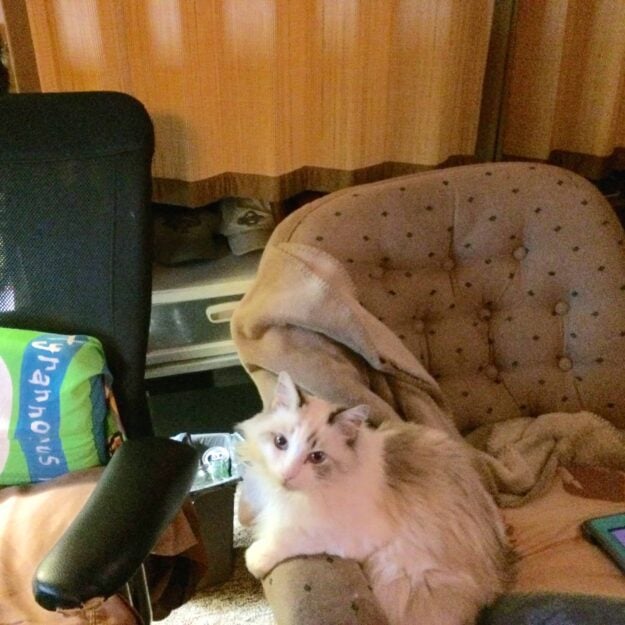 6 thoughts on “Possum – Ragdoll of the Week”