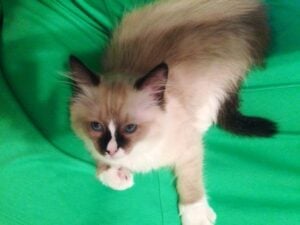 First day at home on my lap!

I became fascinated with the Ragdoll breed after watching an episode of cats 101. I thought every aspect of the breed was perfect, from having a puppy like disposition, to those gorgeous blue eyes.

Unfortunately, I was unable to have a pet cat because my mom is allergic.

Soon after the fall semester of my senior year in college my living situation grew worse with each passing night being kept awake by a noisy tenant who lived directly above me. The lack of sleep was then compounded by the stress of the upcoming LSAT test and mounting school work. As the situation worsened I decided the only way to aid 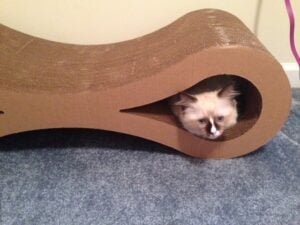 the problem was to spend the school nights at a nearby friends house. Due to the landlord’s inability to aid the situation I had no other choice but to sleep on my friends futon the entire semester.

I wondered how a feline companion would add joy to my then lonely nights away from home. So, I began researching the breed and found Floppycats on YouTube. Each day I would watch the videos of Jenny’s beautiful cats, Trigg and Charlie.  The joy they brought to her everyday life was contagious. From the first video I was hooked. I believe I drove my friends mad with all the cat videos I insisted they had to watch. “Not another cat video Caitlin!” 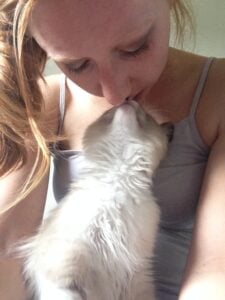 After a few months of intense interest for the breed I decided to start my search for a breeder. I did the standard Google search at first with no luck of finding a breeder. It was not until I read the “find a breeder” section on Floppycats.com that I came across an excellent recommendation for Hollywood Ragdolls, a mere fifteen minutes from my home. I was so excited sitting at a computer at my college library that I wanted to yell “Hey I just found a Ragdoll cat breeder”! I emailed Suzanne right away! I then waited several months until my Seal mitted ragdoll with a blaze was born May 3rd. Consequently, the day after the anniversary of my father’s death. I believe he wanted me to have this kitten as much as I did.

I eagerly awaited kitten updates, videos, and pictures on Hollywood Ragdolls Facebook page. I was so excited when I finally got to take him home. After he got home it took a few days to come up with the name Perry. He got his name after my two favorite artists Steve Perry from the band Journey, and Katy Perry. 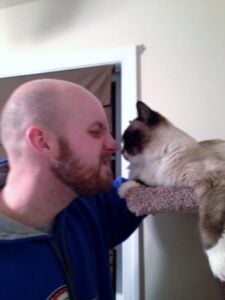 Perry is now one year old and the absolute joy of my life. He enjoys watching birdies out the window, boxes, cuddling, helping me with crafts, playing with his feather toy, being held like a baby so he can tilt his head back and see the world upside down, but our favorite game to play with one another is hide and seek. He’s actually pretty sneaky, but sometimes I surprise him! Oh, and did I mention chicken? 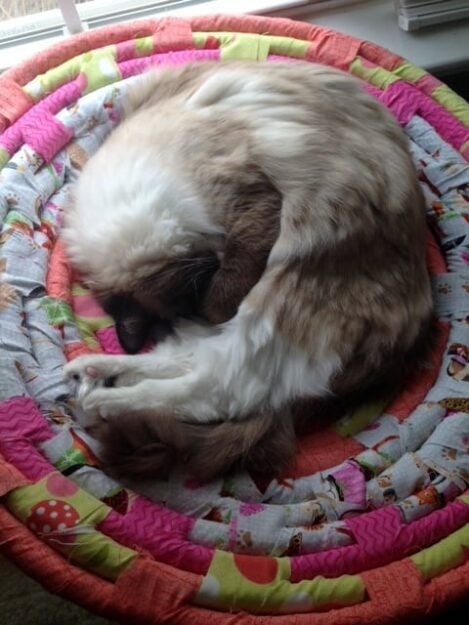 Perry in his homemade cat bed 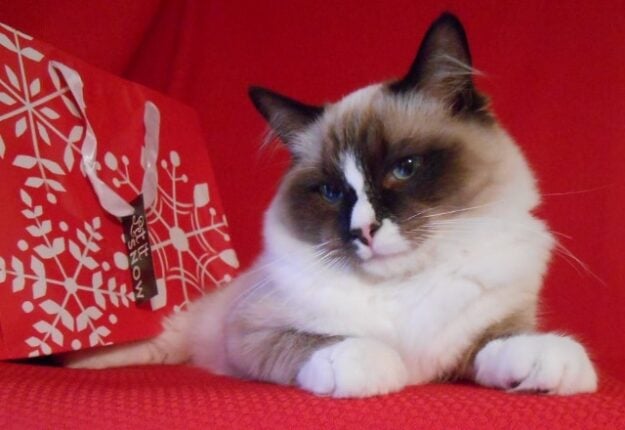 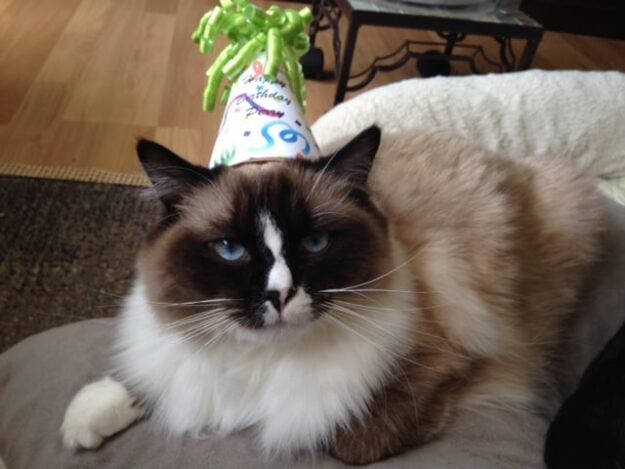