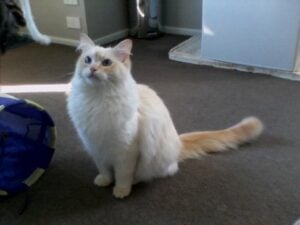 Peachy - Ragdoll of the Week

I rescued my flame point Ragdoll Peachy (Peaches, as his original owner had named him) from a home where he was being constantly attacked by 2 Maine Coons and a fellow Ragdoll who was twice the size that he was. Peachy actually came to me by way of perusing our national trading website here in New Zealand. I wasn't looking for a cat at that stage as I'd only just put my tortoiseshell to sleep in November of 2013 after 21 years with her, and my Ragdoll girl Neme, and I were still in our stages together of grieving for our loved and so dearly missed family fur child. Anyway, early February last year came along, and my Neme was sinking further into depression without her sister, and I hadn't a clue on how to get her out of it, but somehow fate had a plan 🙂 Viewing the listings of Ragdolls, I was just going through the motions, when suddenly a photo of one very special boy hit me like a thunderbolt, and I fell in love!!! Mum turned up for a visit a half hour later, saw Peachy’s photo, and told me to send an email ... by that stage I was going through the "will I won't I" and then thought after what mum said , "what the heck", and fired off an email. Well, after long weeks of emails and phone calls with Peachy’s owner, and her finally letting me know I was to be his new owner, I traveled 8 hours to bring my beautiful 2 year old boy home. 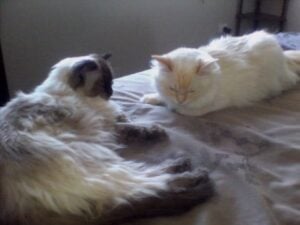 Well, what a huge change to my and Neme's life, Peachy has been. The most uncanny thing though, is that if you are one that believes in reincarnation, then believe me when I say that my tortoiseshell cat came back in a boy’s body!!! Peachy’s mannerisms, the way he reacts to things, the things he does and the closeness he has with Neme, is exactly how my tortoiseshell was ... it's like she never left our lives, except we get all the joy, fun, and happiness of having a male instead of a female. Peachy is one quirky cat ... from waving goodbye to me when I walk out the door, licking the cold moisture from windows in the mornings, brushing the walls and digging at the floor before he dines, patting the glass doors and windows with his paws ... he certainly has some unique ways about him. After a year with him, there are still a few issues to cope with due to the conditions that he was previously living in, but we are getting there ... after all what animal doesn't come with past baggage from bad situations. But he is also one very loving and incredibly special being that I and Neme are very blessed to have had come into our lives. Neme finally became herself again after a good six months of him being home, but she certainly has put him in his place when she's felt he's pushed the boundaries, but she has warmed to him very much, and now considers him her brother. For myself, he had brought huge comfort, peace and love to my life, and I am so grateful for everyday that I was chosen to be his mum. Our family is complete once again. Oh, and if you thought one redhead boy was enough, Peachy’s lineage contains five generations of tortoiseshell DNA, so we got a real bag of tricks with this incredible young man ... just fabulous!!! 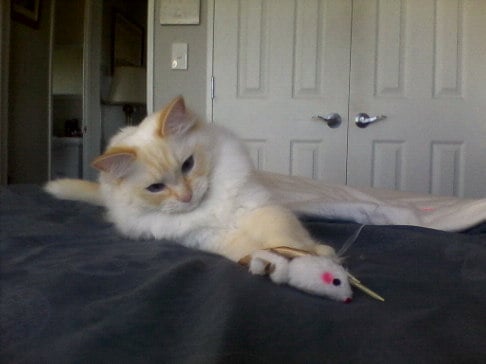 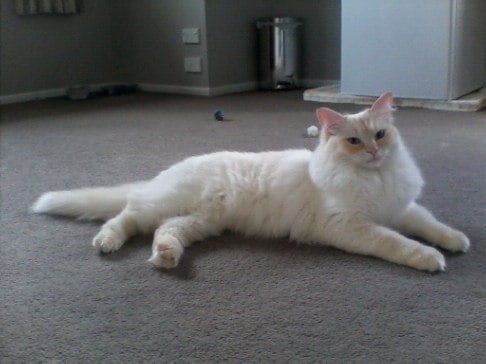 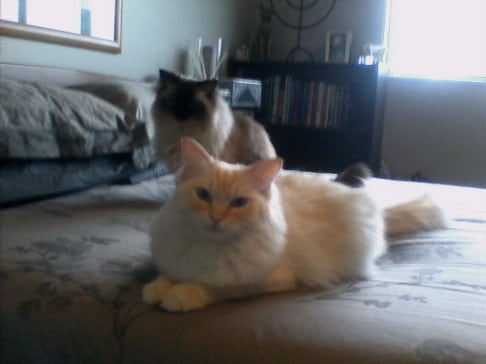 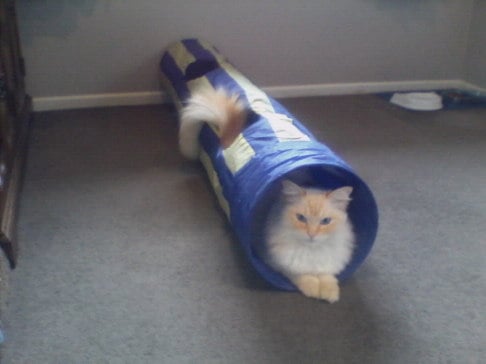 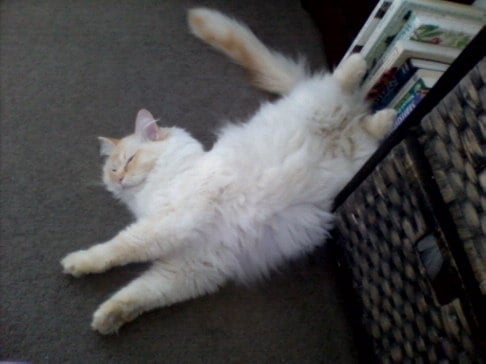 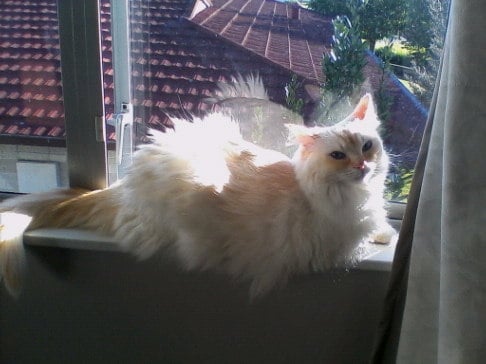 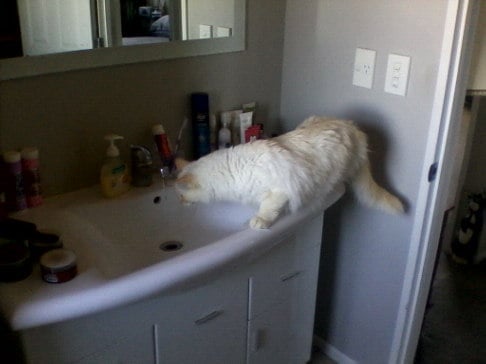 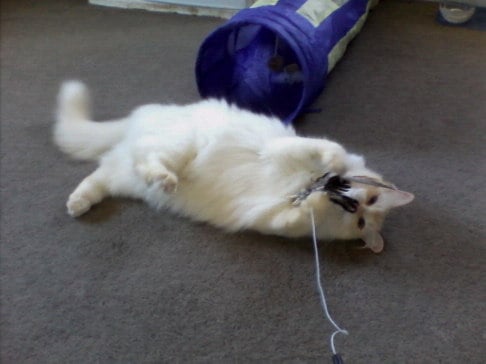 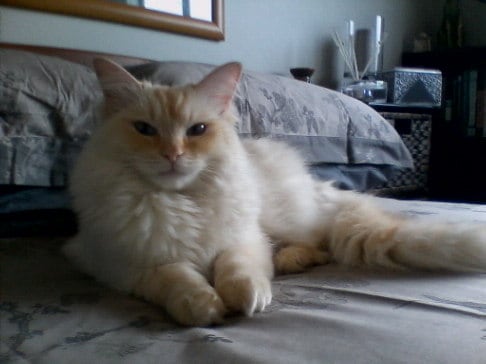