Peach – Ragdoll Kitten of the Month 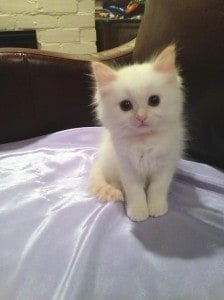 We were looking for a second Ragdoll to be a “sister” for the little one we already had. We think two cats is ideal, so they would make company to each other when we are not at home and play together.

We really wanted either a female cream/red or bicolor lynx, It took a while to find, one of the breeders we contacted said It was “almost impossible to find a cream/red female”, but we kept looking.

Finally we received a reply from Snuggle Rags and they had two litters, there was one cream/red girl and a few bicolor lynx girls. I make the deposit and we decided to name the cream/red girl Peach, because of her apricot color and because Peach is the princess from the Super Mario video games.

Before Peach even arrive, I learned she had quite a personality already. In the day the breeder was taking all kittens to the vet to be neutered/spayed, Peach hid and was only found when they were back. She had that look “where did everybody go?” and another appointment just for her had to be scheduled that week.

Peach was less than a month younger than our other kitten, Mystra, but when we finally brought her home It looked like she was way smaller. Mystra was the queen of the house, owner of all the territory and in the beginning we didn’t know if they would get along. 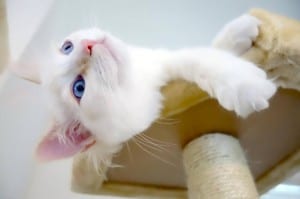 Mystra was hissing and “chasing” Peach a bit, which I read is instinct and natural. They didn’t actually fight or hurt each other. Fortunately, even tho Peach was smaller, she was raised together with many other kittens and was so well socialized that she wouldn’t let Mystra boss her around. Quite the opposite, she would be calm and patient, but would play hard back if needed, just never being aggressive first. Slowly Mystra started to tolerate Peach and let her get closer.

After a few days they were running and chasing each other for fun and sometimes Peach was the one chasing. Funny friendly “fights” would also happen and one day I found Mystra grooming Peach. They were finally friends!

I love how they are so different from each other. Mystra is obedient, understands immediately and I say “no” and doesn’t scratch the wrong places or go over the counter top. Mystra stays still and lets me trim her nails, comb her, brush her teeth, anything, without complains. 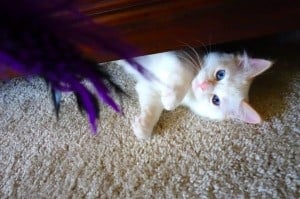 Peach has a mind of her own, scratches the couch no matter how many times I say “no”, although she doesn’t really damages It because I trim her nails. She kinda let’s me groom her, but doesn’t like to stand still, I sometimes have to follow her while combing. She’s also lean and light, doesn’t eat too mucn and can easily jump to the counter top or anywhere she wants, while Mystra is heavy, always hungry and avoids jumping to high places.

Peach is, however, the sweetest pet I ever had, and I even had dogs before. She wakes me up with cuddling and doesn’t really begs for food, just stays there by my side being cute, resting her head on me or curling like a ball and purring. She’s so adorable that I don’t even mind that It’s early.

She must have the usual ragdoll personality because she really lets me carry her on my arms like a doll without trying to go away. She’s loving not only with me, but also likes staying on my husband’s lap for hours. If I ask him a favor, he would point at her sleeping on his lap and say “sorry, I can’t, see?” and somehow that sounds like a legit argument, haha. 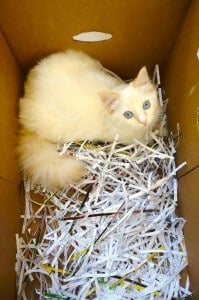 Peach is also very curious and does everything people would normally expect from a cat. There’s no toy she doesn’t play with and no box she doesn’t explore. It doesn’t matter what’s in the box, It matters that It’s a box.

She also does a lot I wouldn’t expect, like biting my nose sometimes. Doesn’t really hurt or anything, It’s just her being slightly crazy, but I find It funny and wouldn’t change anything. She’s definitely not boring!

We have lots of fun with our Ragdolls, Peach and Mystra are the best pets we could have wished for. 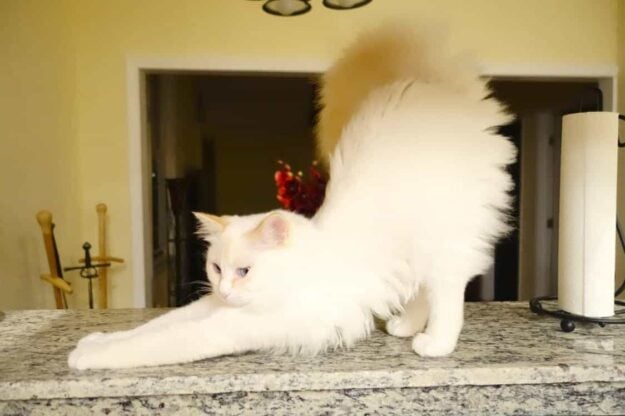 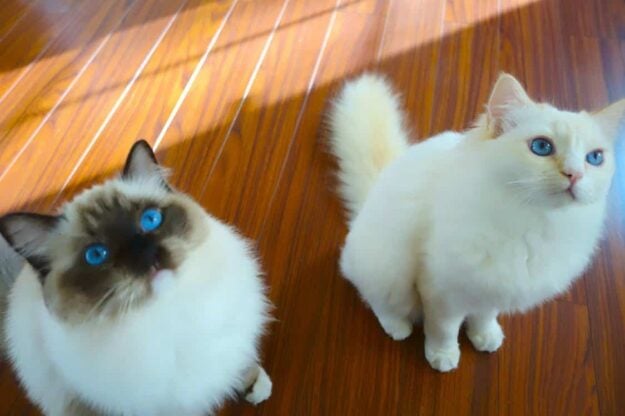 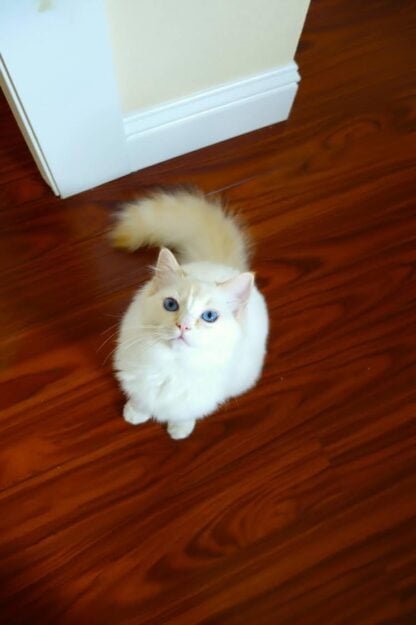 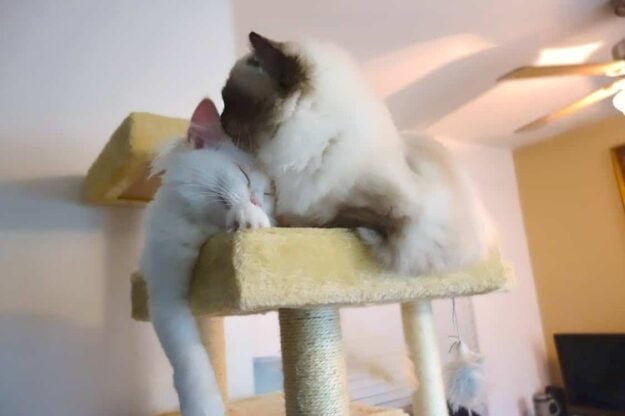 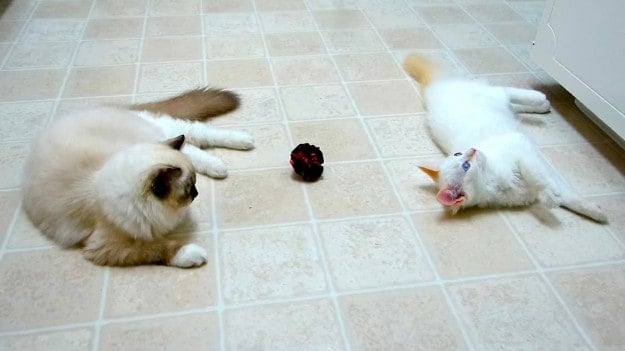 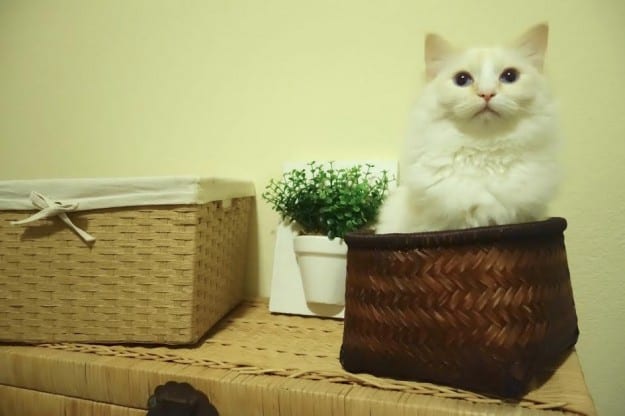 12 thoughts on “Peach – Ragdoll Kitten of the Month”