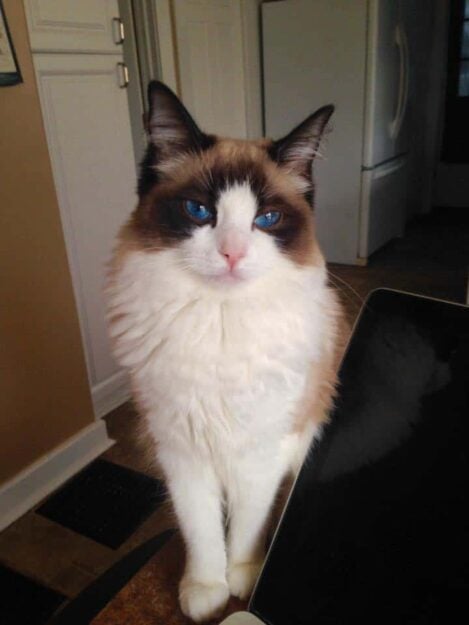 When I tell other people that not only do I have a specific breed of cat, but that my cat has papers, I tend to get a lot of scoffs until they meet Mr. Business, aka Business Cat, Bizzy and Bizzy-Butt. Mr. Business is a female seal point bi-color causer of mischief and mayhem. She was named after crazy cat lady Aunt Gayle’s cat in Bob’s Burgers, who is known for being “the worst one” of the bunch, (although Mr. Business the not cartoon cat is far from the worst). My boyfriend and I had this name picked out long before we had our ragdoll so the fact that we had chosen a female could not dissuade us from sticking to our name choice.

I discovered the ragdoll breed when my mother told me a co-worker of hers is a breeder and sent me a link to her website. I fell in love instantly. If you live near Upstate New York and are interested in adopting a ragdoll I recommend contacting Amber of Ragdoll Ridge. She is amazing and she and she and her children did wonders raising Baby Business. 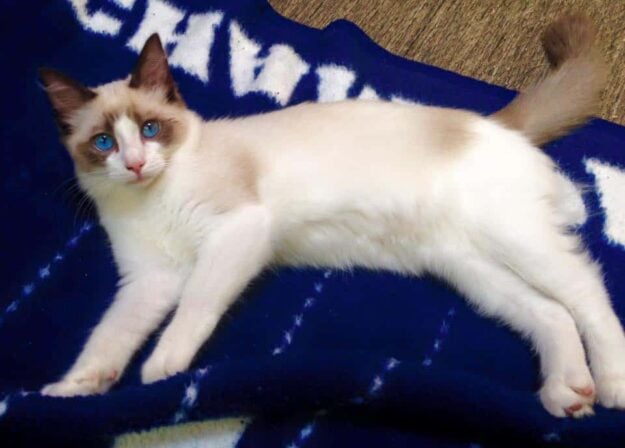 Mr. Business was born April 27, 2016, and I chose her after being told she was the most outgoing of the litter. My boyfriend is a dog person but between our work schedules and living in an apartment we decided getting a cat was a better decision. I purposely chose the cat that had the most “dog-like” personality and the second I met her I knew I made the right choice. She has never been afraid of anyone and immediately began to explore and conquer her new home. When my boyfriend came home from work the first day we had her she crawled into his lap and went to sleep. That continues to be a regular occurrence. 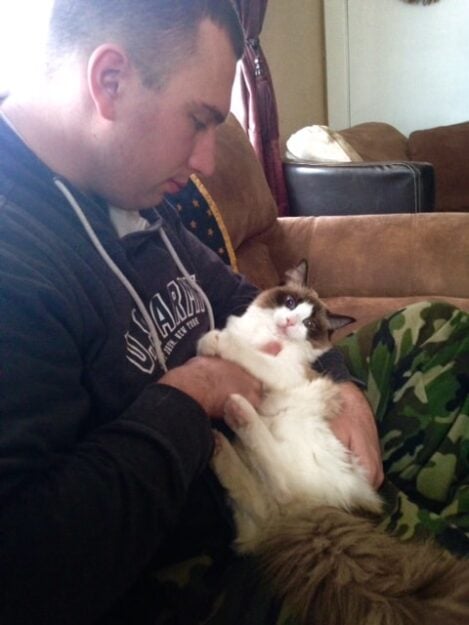 When she was a few months old we found ourselves in the midst of moving to a new place and knew Mr. Business needed more attention than we could give her. She stayed with my grandparents for three weeks, and they fell in love with her too. I knew they would love her but was shocked when I saw they had gotten so attached to her that they started to cry when we were settled and came to pick her up. I am still trying to persuade them to get their own raggie but in the meantime they get plenty of Business Cat pictures and videos and hopefully another visit soon! 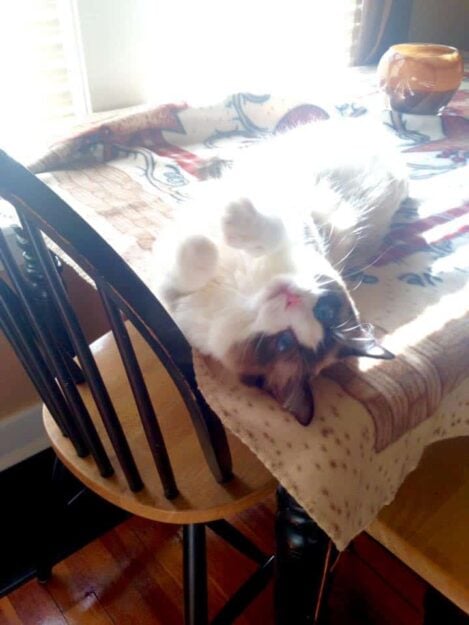 The first thing people tend to notice when they get past her gorgeous blue eyes is her personality. We recently had friends over who have children and they all were so impressed and entertained about the way she played with the kids for hours, running and chasing and leaping out at them like a dog. Some of them claimed they had never seen a cat act that way.

Most days Mr. Business spends her time perching in a window and watching birds, sprinting toward whoever is approaching so we can flop down in front of them for belly rubs, following one of us around wherever we go (even if she has to hang out on the rim of the tub through the entire duration of a shower), testing gravity on our bar by trying to smash shot glasses, begging for treats that she was already given earlier in the day and wrestling with her favorite toy, a stuffed monkey we got her from the Harpursville Zoo where giraffe baby Tajiri was just born. We are proud to call ourselves her human parents and treat wait staff. 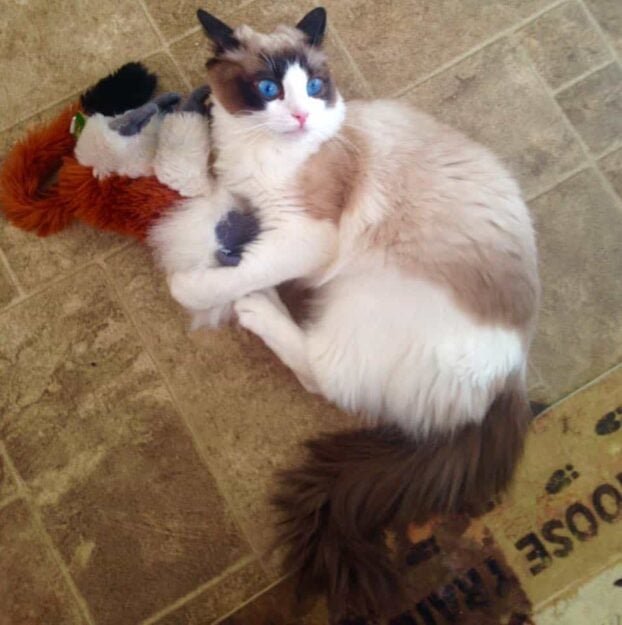