Moose - Ragdoll of the Week 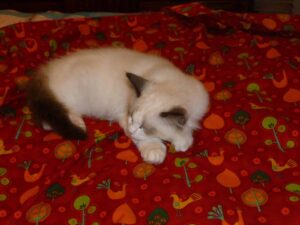 Moose shows his approval of the fabric purchase

Moose is an 18 month old seal bi-color ragdoll. We’ve had him since he was a kitten.

I have loved Ragdoll cats for years. I first saw Ragdolls at a cat show over 20 years ago and was hooked. I was able to purchase my first ragdoll 13 years ago and was devastated when we lost him at an early age. I couldn’t even think about getting another ragdoll for two years. Then I was looking at Treasure Mountain’s website and spotted a Ragdoll kitten with just a little white on one ear – just like my first Ragdoll! I couldn’t resist and I was ready. Moose is officially Treasure Mountain Copernicus, but we think he believes his name is “Moose, what are you doing??!!” Moose believes everyone and every animal loves him. He is fearless and insisted on playing with the other cats from day one, despite their reluctance. His favorite “toy” has been the little black cat who did not appreciate the attention. Recently we acquired a border collie who has taken the little black cat’s place as the recipient of Moose’s energy and attention. He is the most inquisitive cat we’ve ever had – I’ve pulled him out of the washer, dryer, dishwasher and every closet and cupboard we open. I even pulled him out of the side by side freezer – I fortunately noticed that little tail disappearing into the bottom shelf just before I closed the door! Moose has grown from a 2 pound kitten to over 15 pounds and is still growing. 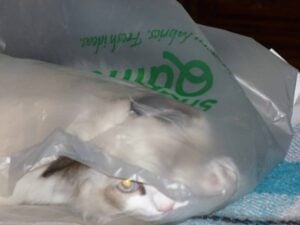 He is a very opinionated cat. The first night we had him, we thought we would have him sleep in the laundry room, just to separate him and keep him safe from the other cats in the house. Moose was having none of that – his yowls carried the length of the house and into our bedroom – he wanted out! Since then he spends most nights in our bedroom. He enjoys snuggling, and burrowing down my husbands’ back in the middle of the night! He often “sings” me to sleep at night with his purring.

We have a fenced backyard which allows the cats to go outside on nice days. We have discovered that every day is a nice day to Moose. We recently had a cold, snowy day and Moose was at the back door, wanting out. Moose had never seen snow, so we expected him to poke his nose out and want back in. But Moose took off running and playing in the snow. He loves to play “chase” in the backyard. We go out and he waits until we get right up to him and reach down to pick him up – then off he runs. Then stops and looks at you with mischief in his eyes, waiting for you to play with him. He is very smart and learned to use the cat door to the porch the very day we decided he was big enough to go into the backyard. 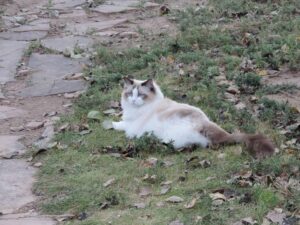 Moose is a quilting cat. He helps me quilt. Sometimes he “sorts” the material and sometimes he “helps” me run the sewing machine by standing on the foot control – imagine my surprise when my sewing machine started running without my assistance.

I need to teach Moose to walk on a leash. He wants to go on walks with me and the border collie. He will stand at the house door or at the backyard gate and meow his desire to go. And he’s always waiting at the door when we return. That will be a project for spring this year.

I cannot say enough positive things about Ragdolls. In my opinion they are the most personable and loving cats in the world and I love Moose dearly. I’m now thinking he might need a little brother….. 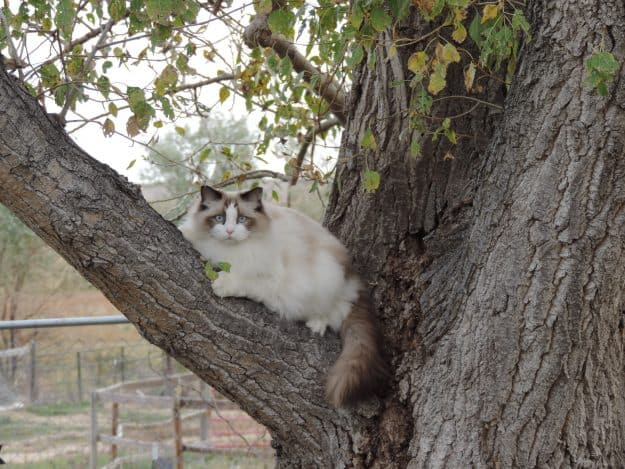 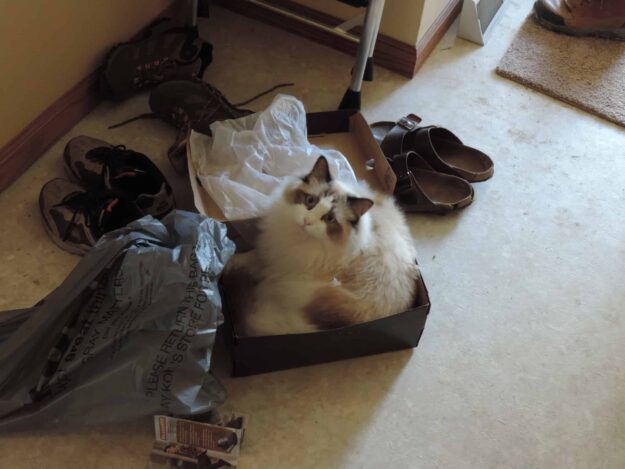 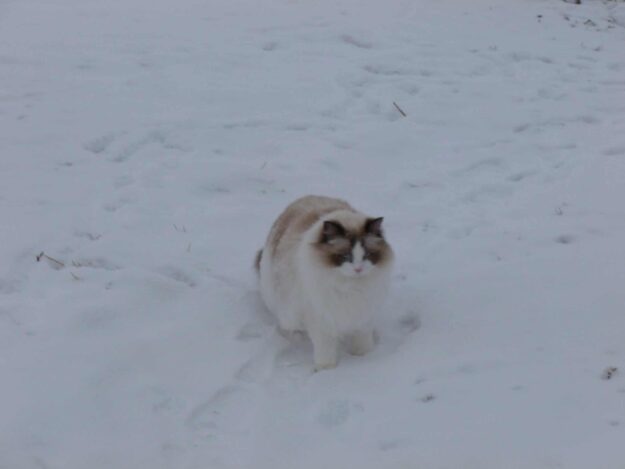 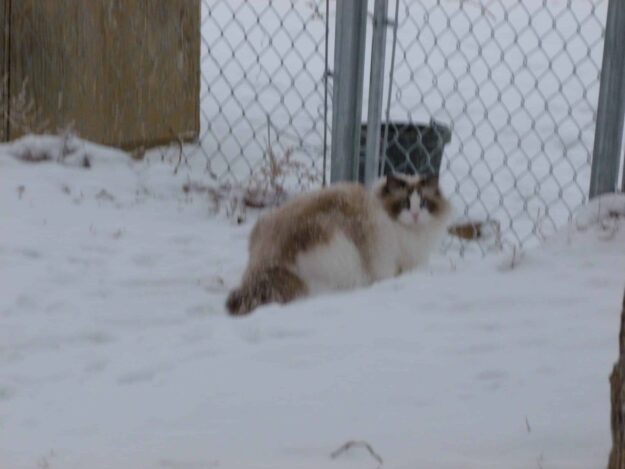 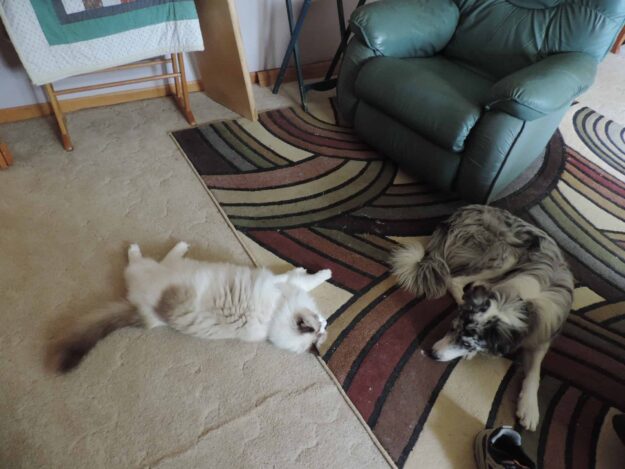 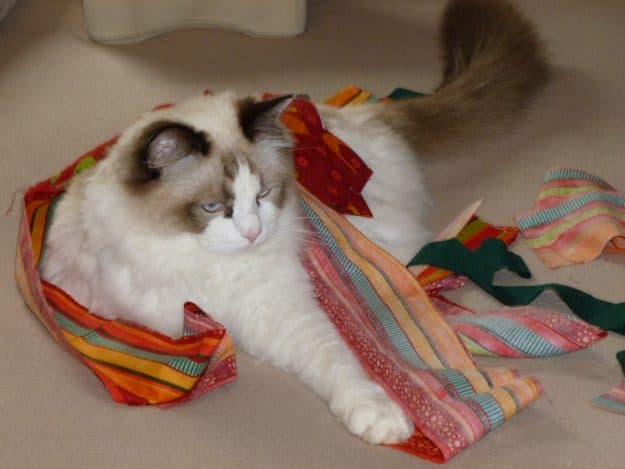 Moose contemplates how to piece the quilt