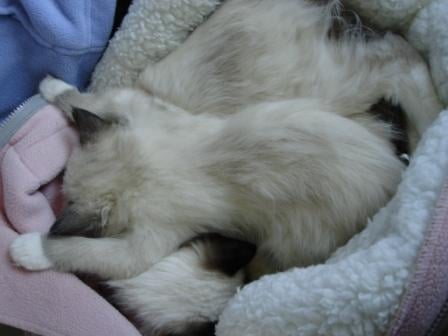 Maddie and Hobbs are sealmitted Ragdoll kittens with blazes. Maddie has a faint blaze, whereas Hobbs has a perfect hourglass blaze. My Aunt Jean picked them up from their breeder, Angelkissed Ragdolls, in Minnesota on May 4, 2008.

Maddie is actually the full sister of Harlow.

Both Maddie and Hobbs are from Ragdoll Breeder, Gail Vettel in Burnsville, MN. Her phone number is 952-898-4432. If you decide to buy from her, you can mention being introduced to her as Ragdoll breeder through this website. Basically, just mention Floppycats.com and she will give you $25 off a Ragdoll kitten or $75 off two Ragdoll kittens (you will have to meet Gail’s requirements for suitable adoptable parents, of course). Questions? Contact floppycats.com 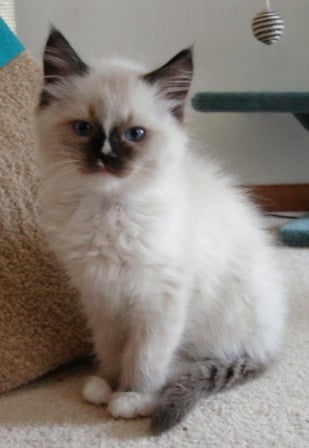 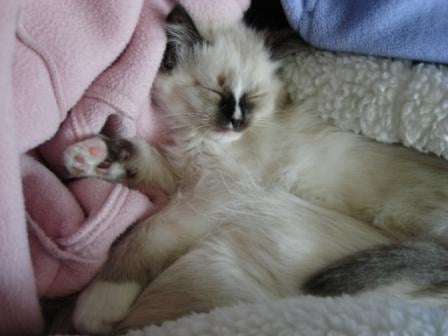 Hobbs sleeping on the way home. 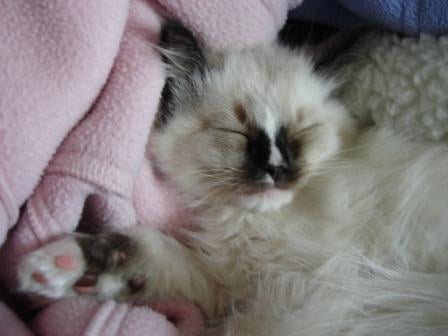 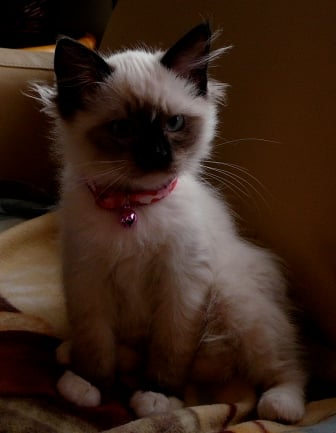 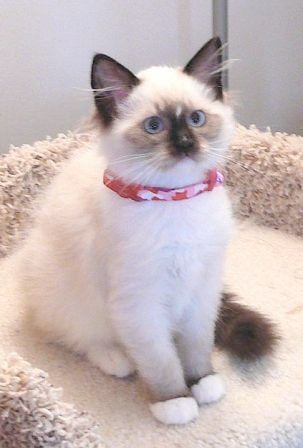 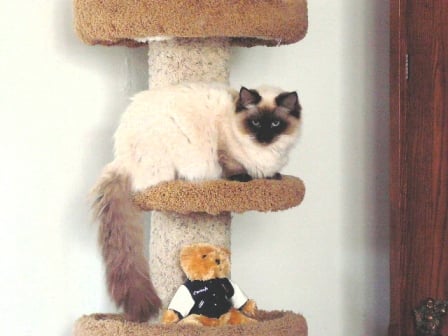 The cat above is Hobbs’ mother, Angelkissed Ragdolls’ Cheetah Monkey. 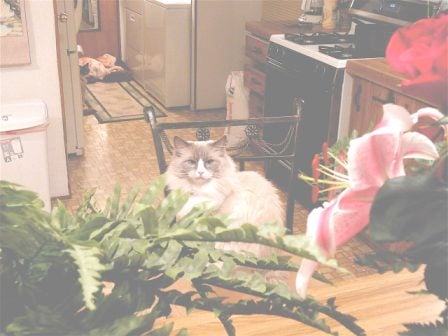 The cat above is both Maddie’s and Hobbs’ Father, Angelkissed Ragdolls’ Captain Nimo.

This video of Hobbs was taken over July 4th weekend of 2008.


This video of Hobbs was taken over July 4th weekend of 2008–he was cleaning himself in the bathroom. To see more videos of Hobbs interacting with Harlow, click here. 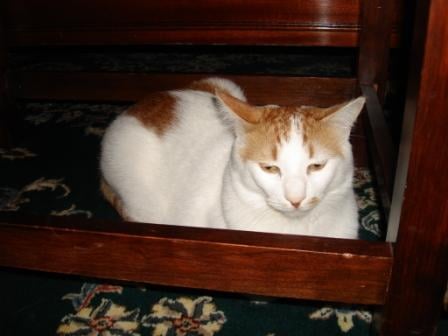 This is Bode, my Aunt’s other kitty. 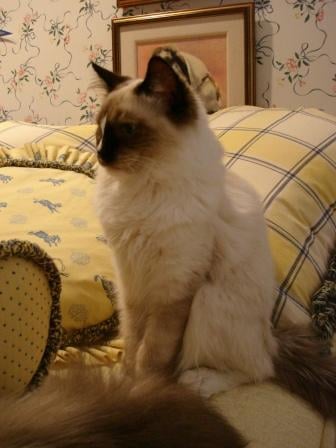 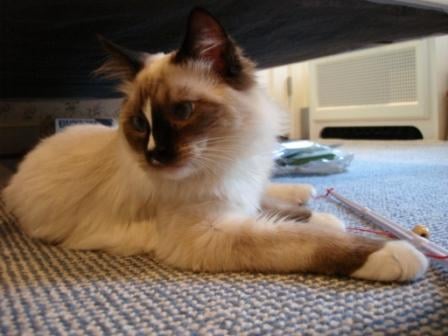 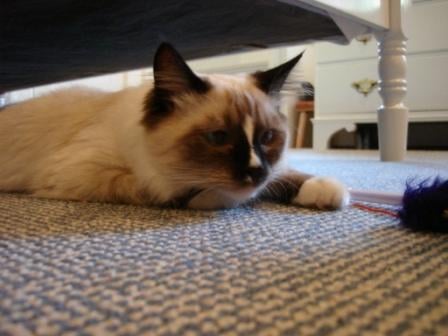 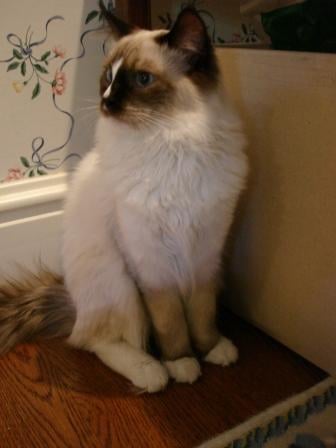 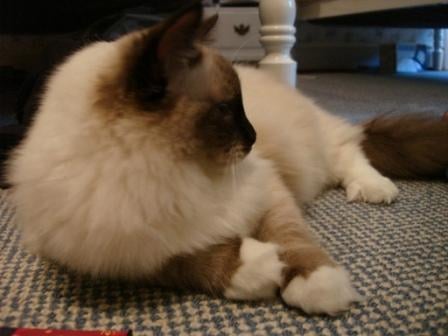 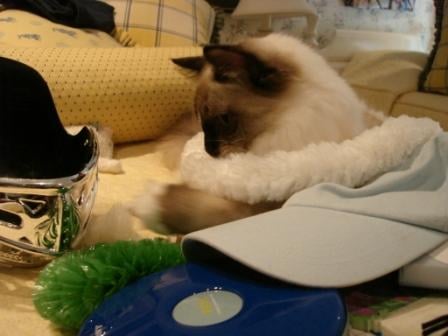 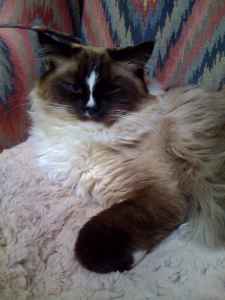 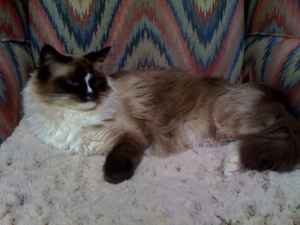 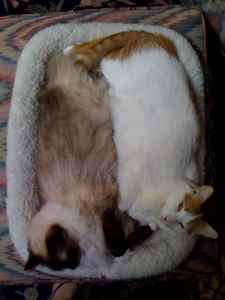 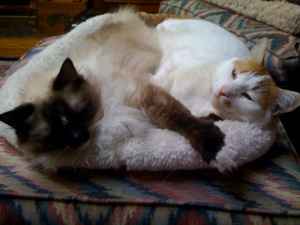 Would you like to share your Ragdoll, so she or he can have their own page on Floppycats.com? If so, please visit Floppycats.com’s Ragdoll Story Page