Luna - Ragdoll Kitten of the Month 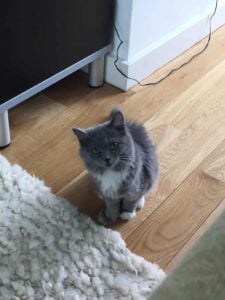 After my beloved 14 year old cat Shadow had to be euthanized, I perused the internet looking at articles on grieving a pet, as well as comforting kitty pictures. I wasn’t looking to get another cat so soon, but came across a Solid Blue Mitted Ragdoll and immediately fell for her. Luna didn’t look at all like my previous cat, nor did I want that, as the reminder would have been too excruciating. But there was a familiar and comforting look about her, without the pain.

While her brothers and sisters were quickly reserved weeks before becoming of age to go home, Luna was still available and actually “on sale” at 16 weeks. Perhaps it was because she was awkward and rather gawky looking as a younger kitten or maybe her introverted and timid personality left her behind. But when I discovered her, she had already begun to blossom. When Luna first arrived, she was very withdrawn. Naturally, her long journey from Louisiana to NYC must have shaken her, but there seemed to be a deeper cause. She hid under the bed and came out only to eat and use the litter box. When approached, she’d first make the motion to run, but then become so paralyzed with fear, she’d completely freeze, flattening herself against the floor, as if awaiting her “fate.” Or if I tried to pet her, she’d squeeze her eyes tight, bow her head and shrink into the floor as if willing either she, or the world to disappear. I had read that cats with overly gentle personalities sometimes get picked on and bullied by other cats. I wondered if Luna had lost her self-confidence as a result.

On the 9th night, as I lay on the bed, with Luna underneath it, I started calling her name. She whimpered hesitantly, so I kept repeating her name for several straight minutes – it must have been at least a couple of hundred times. Her whimpering became louder until finally, she leaped on the bed. And there, she slept the rest of the night, albeit several feet away from me. From that night onward, she officially came out of hiding. She still kept a safe distance, and refused to make eye contact with me. But I soon realized that she was shadowing me wherever I went, even as she pretended not to, making sure I was always within her line of sight. 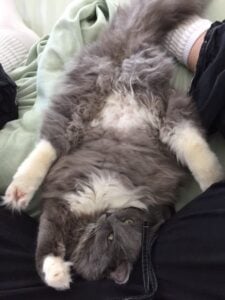 Over the next few weeks, Luna gradually transformed into a more confident, playful and affectionate companion. Her reflex is still to bow her head when I reach for her, but she doesn’t cower in fear. When held, she will purr, while ever so gently stroking my face the entire time. She now makes constant eye contact. Even when off playing with a toy, she’ll glance up every few seconds, as if looking for encouragement and affirmation to continue having fun and that all is safe. And though not particularly vocal, she chirps like a delighted bird when happy or excited.

Luna quickly learned that 5:45 am on weekdays is breakfast time. During the weekends, no matter what time I go to sleep, I still choose to wake up at 5:45, instead of relying on the auto-feeder. Why? Because Luna acts like it’s Christmas every morning! It’s such a pleasure watching her bounce toward the kitchen, with her fluffy high tail bobbing in great anticipation. 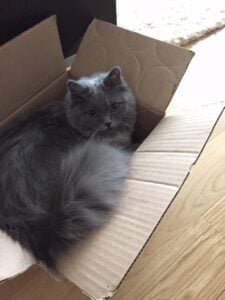 Luna is completely unfazed by noise, whether it’s the vacuum, hairdryer or even a power drill on a bathroom tile. I was so surprised at first that I momentarily thought she might have a hearing issue, then remembered she comes running when I call her name. She also loves to splash in the water and I have to remind everyone to keep the toilet seat cover down.

Because she isn’t bothered by loud noise or water, it makes deterrents very challenging. For instance, she is highly food-motivated and climbs on the counter to get into the kitchen sink, foraging for food. I placed several mats with pointy nubs on the counters and bar stools. While quivering and shaking her paws in obvious pain with each step, she will still soldier through. I tried countless other deterrents, but the promise of a soaking food bowl was just too great. After finding pieces of broken glass in the sink or seeing her white paws stained orange from a soaking bowl (post turkey chili dinner), I finally put away the bar stools.

I named her Luna, originally because I thought she was so out of worldly beautiful, like an alien cat from the moon. But now, being such a voracious eater, she has grown round and fluffy. And her poufy face, with those Bugs Bunny eyes, often reminds me of a beaming moon.

Luna’s fur is extraordinarily soft and I love it when she rubs her cheek and downy body against me. I’ve actually had dreams of floating through a cloud while cuddling with her! Sometimes I think Luna is a sweet angel sent by Shadow. She brings immense joy to our home and I’m incredibly grateful to have her in my life. 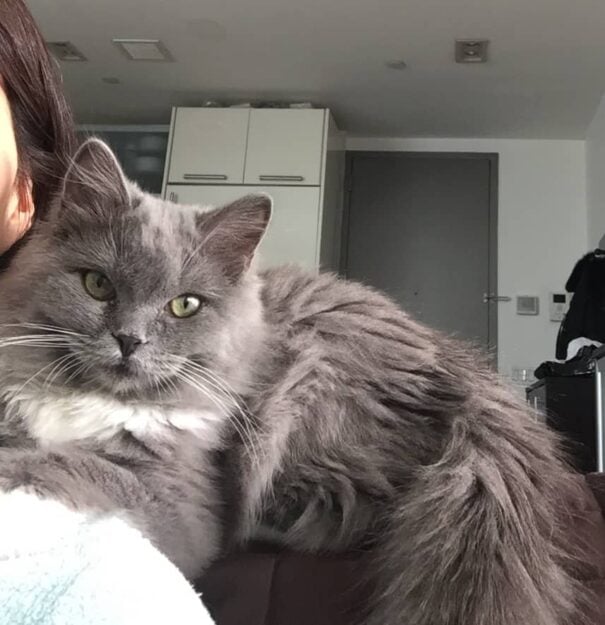 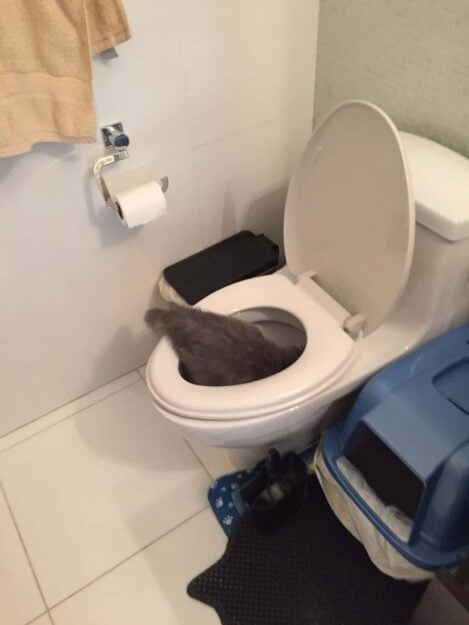 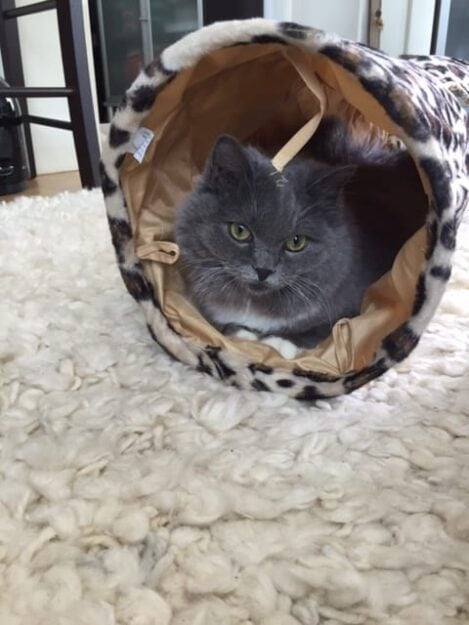 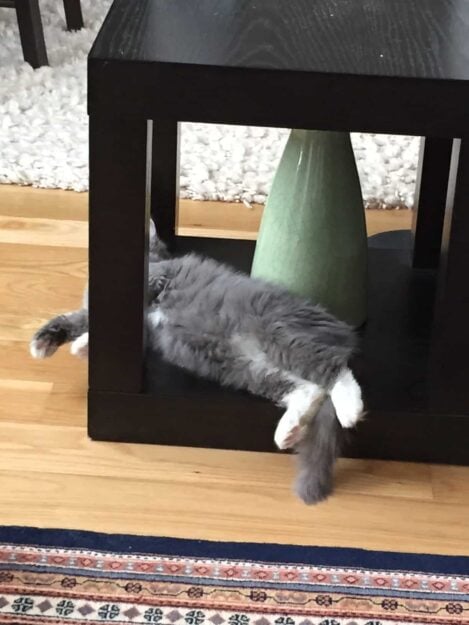