My name is Marta and with my husband Nathan, we recently bought a Ragdoll cat named Luigi (breeder name was actually Louie).

I had lived with cats in Italy but never had one since I moved to the US, 12 years ago.

Nathan was more a dog kind of person, so I really could not make any mistakes. I chose a Ragdoll because of the sweet, calm, and affectionate behavior. Luigi is a seal lynx mitted ragdoll of almost 2 years (April 26) and I got him because the breeder found out that he is a carrier for palatoschisis (cleft lip) so she could not keep him in her cattery. 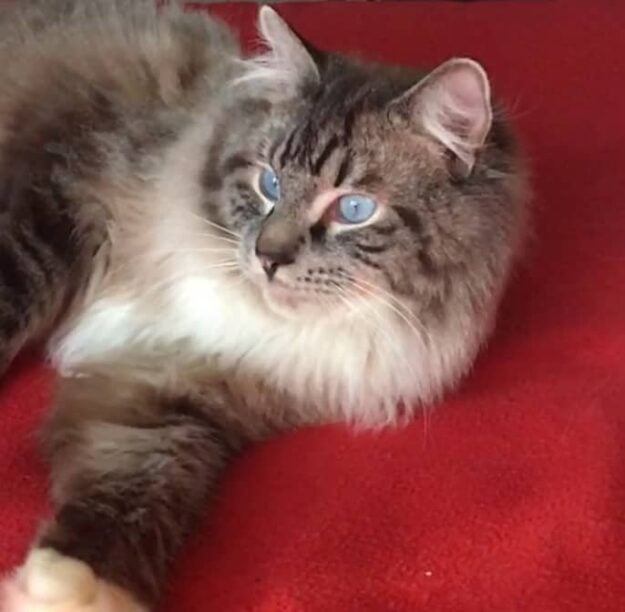 The day we brought Luigi home he was so scared that I thought he would have had an heart attack…After 3 days he showed us his mitted paws from below the couch and it was so sweet.

After 1 week he demanded belly rubs as if there is nothing better in the world. After 2 weeks he spent most of the time out with us but if we were standing up he’d be super scared… It took 3 weeks for him to trust us fully and now he is basically a dog. We both love him so much. 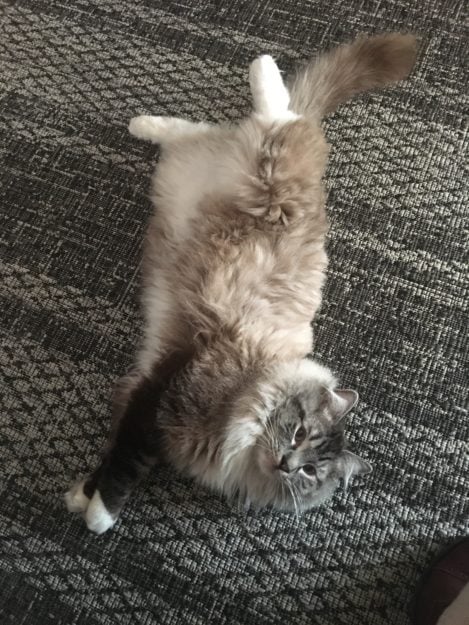 He loves dry food and I am trying to transition to at least half dry and half wet but it’s challenging. Nonetheless, I am trying. I got into this SMALLS food for cats brand of healthy cat food and as of now we are at the point where he eats the SMALLS wet food if mixed with his dry one.

I also have an automatic cat food dispenser and I love it…Luigi apparently does too, since he learned how to remove the lower plate and look for extra food. What a brat. 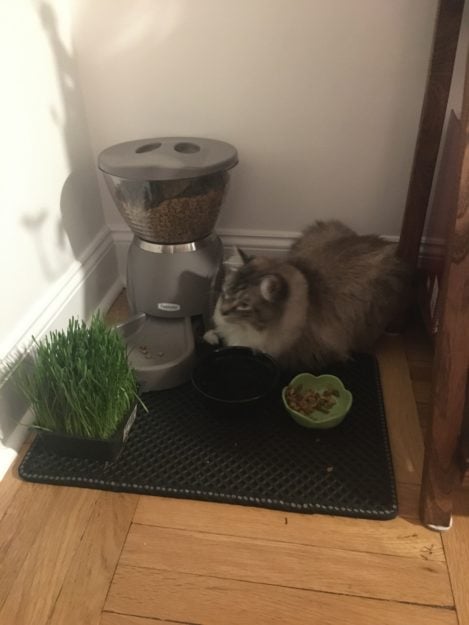 I also bought a fancy cat bed but so far he prefers lying on the couch with us. A funny thing is that he knows that at night we close the door of our bedroom and he cannot get in. The first week it was a bit difficult to convince him but now he’s fine with that.

He loves exploring the fridge. His favorite room is the bathroom, especially if we are using it. For now Luigi has an instagram account, @luigi_theragdoll, and it’s so much fun seeing all the Ragdolls around the world, finding new websites, new products to try, and stories from other cat owners. 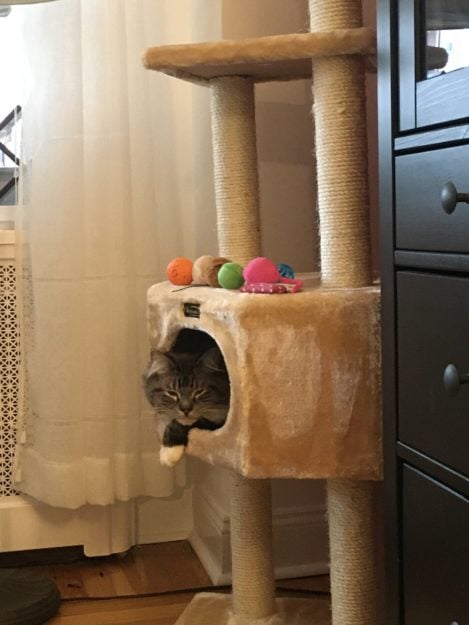 We dedicate at least 20 minutes of play time when we come back from work and it’s so much fun. His favorite toy now is a feather toy that I bought at Target. He also likes catnip mice that he likes to chase all around the apartment. 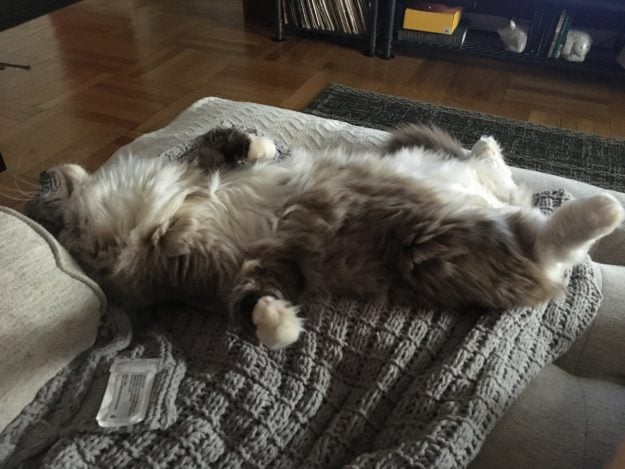 Another funny thing he does is that before using the litterbox he announces it with a specific meow. Then, when he’s done, he announces that he is about to come out. We find this so strange and cute at the same time. I wonder if anybody experienced this cat behavior already. 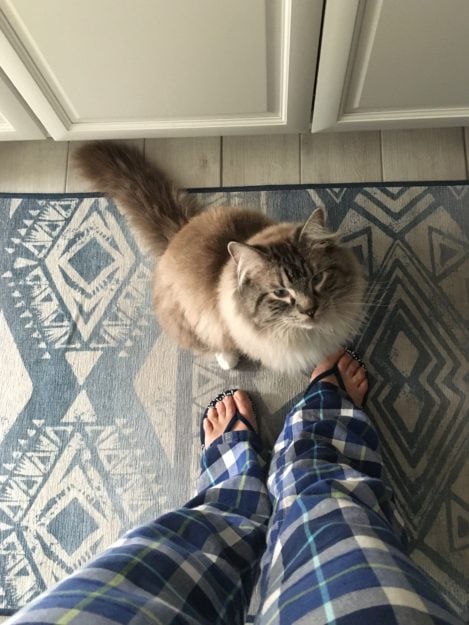 I bought a ScoopFree litterbox from PetSafe and I like it but if we are home I prefer to remove the poop because I can limit the smell. Since we live in an apartment, smell can be pretty bad. This litterbox is technically automatic and is great for when we travel. 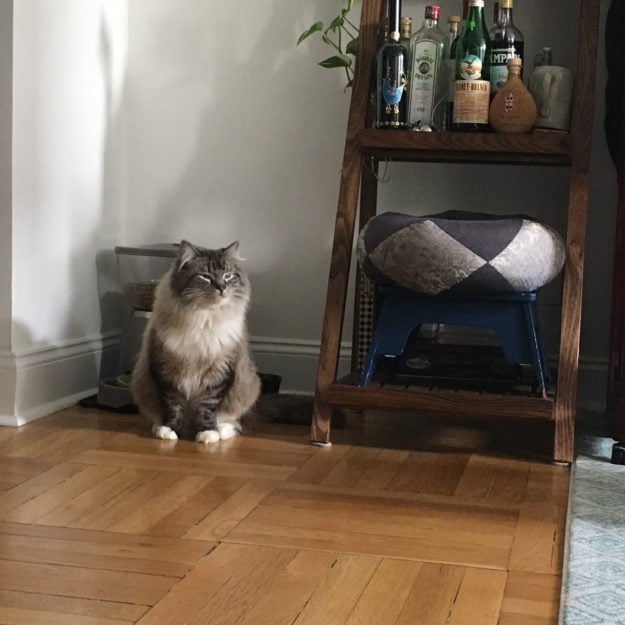 I hope that this story about our Luigi will inspire other people that are thinking about having a Ragdoll in their home. We believe that our lives are more fun with Luigi around. 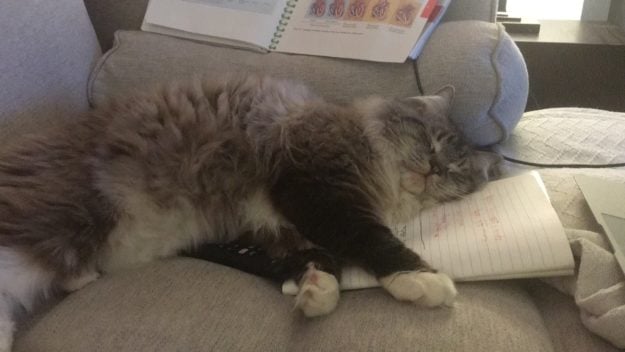