×
Home » Cat Products » Cat Litter Box
Last week when we sent out our newsletter, a new reader replied and told me about his experience with the Litter Robot Open Air.  It is one of the things I love about newsletter blasts - I get lots of new insights from readers - sharing stories, experiences and more.  So, I usually ask if I can share them on the site, so you, too, can benefit.  Lucky for us, I got permission =). 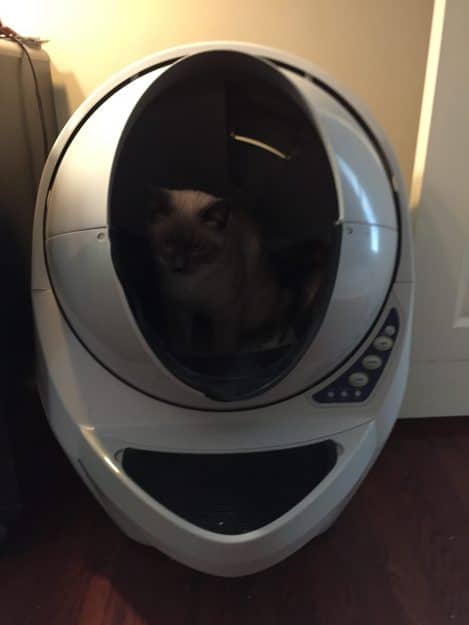 The Litter Robot Open Air III got great reviews every where I looked. It sealed the deal when I saw it featured on the news one morning. I had had Tom Selleck for about 2 - 3 weeks when it arrived. I was so eager for it to get here. He's a VERY active kitten with tons of energy and he had been running in & out of the regular litter box and taking one of his toys in it and rolling around with the toy in the litter box - gross! 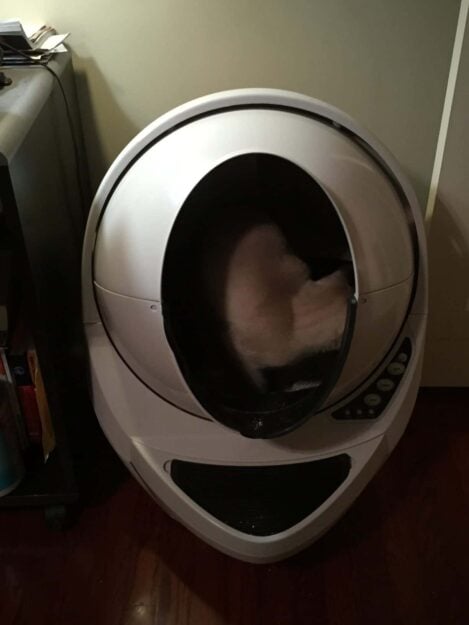 He took to the LR instantly! He didn't play in it either like he had been with the regular litter box. Thank goodness! The only thing is that he LOVES to watch it cycle. If he hears it cycling he'll come running from wherever he is in the house to watch it and will jump right in if I don't block him in time. If a cat jumps in while the LR is cycling it'll stop until the cat jumps out, But Tom Selleck won't jump out. He sits in it and waits, thinking it'll come back on if he waits long enough. So we can't leave the LR turned on. So I just hit the Cycle button a few times each day for it to self-clean - no problem at all!Tom Selleck just turned 1 year old this week, and he still loves to watch the LR cycle, but has gotten to where he'll SOMETIMES ignore it. 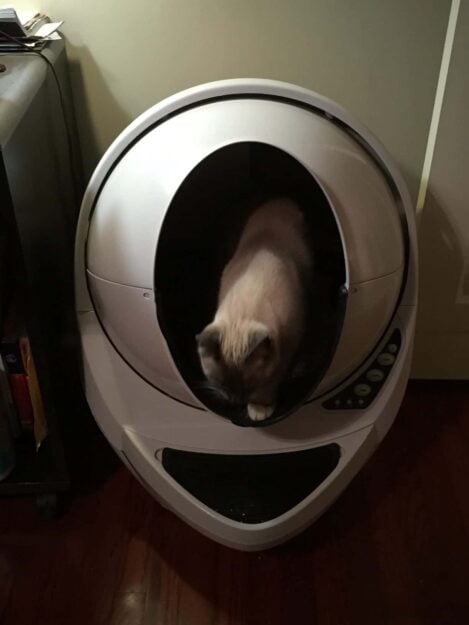 We love the LR! It controls the smell very well and I love not needing to scoop it daily. If I keep noticing it smelling after letting it cycle then it just means it's full and it's time to empty it, which is only 1, maybe 2 times per week. It's very easy to clean too. We've had it about 10 months now and we just took the globe off to clean it for the first time about a week ago. We took it outside and scrubbed the inside of the globe with soap and water and it's like it's brand new. 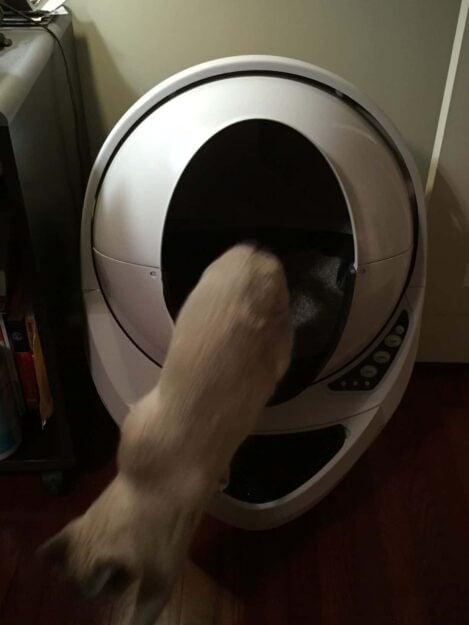 The LR is pricey, but for us, it's worth it! They also have great customer service!"Read our first review of the Litter-Robot Open Air