If you are a Litter Robot automated litter box owner, then you know that you need Litter Robot bags or an alternative for the waste drawer. These catch the solid waste and clumped litter that the robot cleans from the main unit, ready for you to throw into the trash.

The video below will walk you through some alternatives, however, this article is updated regularly with new ideas, tips and tricks.

Firstly, here’s my video on how to install liner Litter Robot bags in the waste drawer. You can see that you just need to make sure the bag is fully opened and then you should roll up the sides to make a shallow shelf.

Then you just need to poke the corners of the bag into the four holes in the waste drawer to keep it taut, so that it doesn’t move when the robot is dropping waste into it.

Here are my thoughts on the official Litter Robot bags, and some alternatives

In this video, I show you how to install the Litter-Robot 3 Open Air waste bags/liner bags in the waste drawer below.

These are the official Litter-Robot liners that you can buy directly from the manufacturer. They’re made from a tough plastic, designed to custom fit the waste drawer and are available in packets of 25, 50 or 100.

However, they aren’t biodegradable and they’re quite pricey as the official option. By rolling up the sides as intended you should get between 9 and 11 gallons of usable space, but when you tie them up you’ll see that there is a lot of plastic not being used. If you like using the official brand and don’t mind paying a premium, then you can order direct from their website.

If you want to save some money, you can just use ordinary kitchen bags, like the Glad bags on Amazon.

⚠️ WARNING! I do not like scented bags, however - artificially scented products can cause havoc with a cat's digestion and allergies.

A 13-gallon trash bag is a way to go to make sure they’re big enough, and because you can buy in bulk you can get 200 at once and save money compared to the official Litter Robot bags.

Again, they aren’t biodegradable, but if the price is the most important factor then they work fine. They also have a drawstring top which can make it easy to dispose of the bag in the garbage once it’s full. 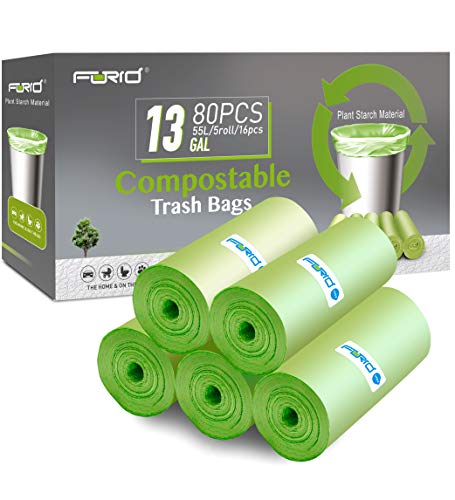 If you have a composter at home and you use compostable cat litter, these might be the perfect option, as they’re compostable trash bags. They’re less expensive than the official Litter Robot bags too and 13 gallons are the right size to fit the waste drawer. Despite being compostable, they’re strong enough that they won’t leak as you take them to the trash. 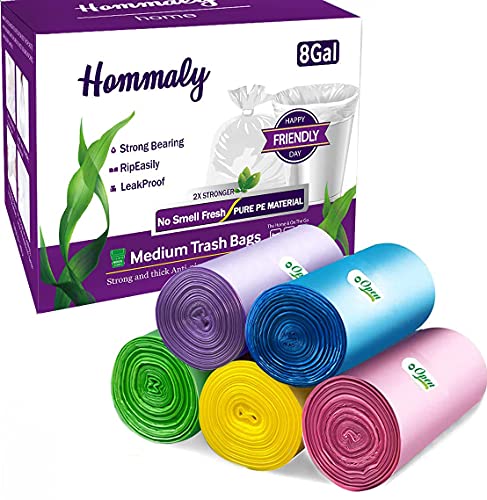 Another option you could use instead of official replacement bags are these multicolored trash bags from Hommaly. These bags are designed to be stronger, with a higher density to make sure they don’t tear and let any clumped litter fall out between the Litter-Robot and your garbage can.

They are smaller than the other products on this list though, at just 8 gallons. Because they’re strong you should be able to stretch them as needed for the drawer, but you won’t get as much usable space. They’re cheap though, so if you’re on a budget these could be a good alternative for you to consider.

These are my favorite waste bags to use. They are specialist bags made to fit the Litter Robot, so you know they’re the right size, but they are free from plastics. This means they’re compostable but also biodegradable, decomposing in just a few months in a natural environment. 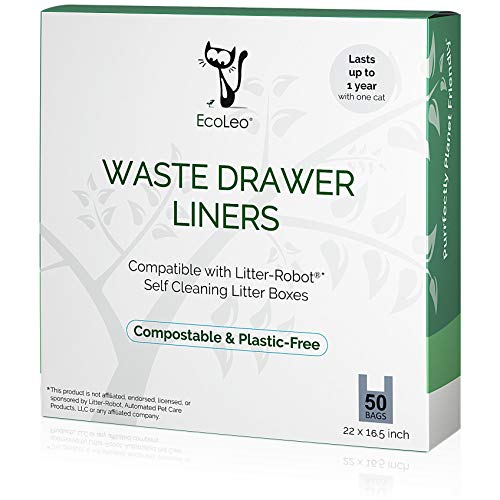 If you want to cut down on how much plastic you’re using, without losing the quality you need to hold the cat litter in your Litter-Robot, I’d definitely recommend using these. Head to the official website to grab some.

Technically you don’t need to use Litter Robot bags in the waste drawer, although if you use nothing at all you’re defeating the point of a self-cleaning litter box since you need to then properly clean the waste drawer whenever you empty it. But here are two alternative options.

Aluminum roasting trays that you can pick up at any major grocery store can fit the Litter-Robot if you want to avoid using plastic or bags. They aren’t a perfect fit – there’s a raised area in the bottom of the drawer which means the tray won’t sit flat.

It can work if you leave it as it is, but all the waste will fall to one side and it’ll likely spill, so you need to adjust it a little. But, it’s easier to recycle than plastic bags and the trays are very cheap if you shop around. 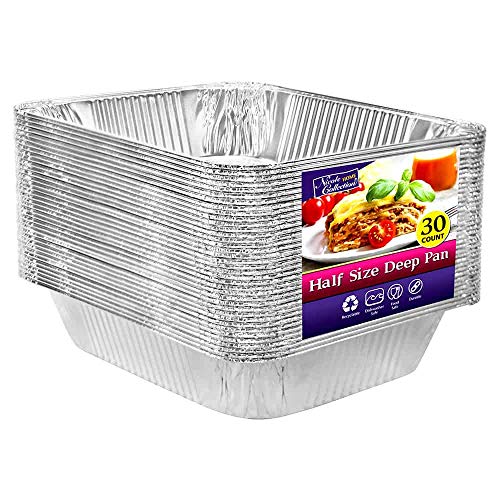 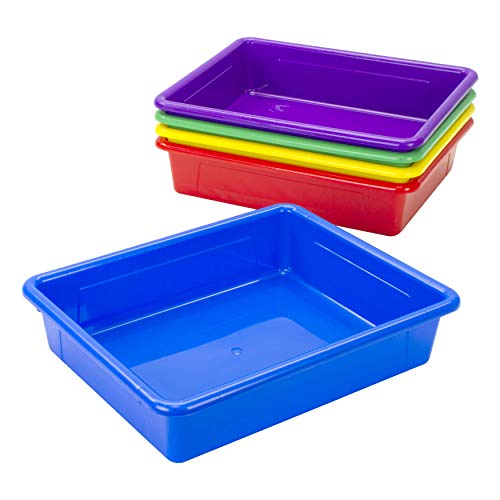 If you would rather avoid waste with single-use bags, these plastic office trays are one option. They’re not too deep, so will sit within the drawer of the Litter-Robot, and will catch just the clumped litter and solid waste, which you can then empty out – if you’ve got a Litter Genie or some other odor-controlled trash can then this might be ideal. It’s a little more effort as you do have to scoop the clumps into the trash but it does mean you don’t need to keep buying more replacement bags to use. 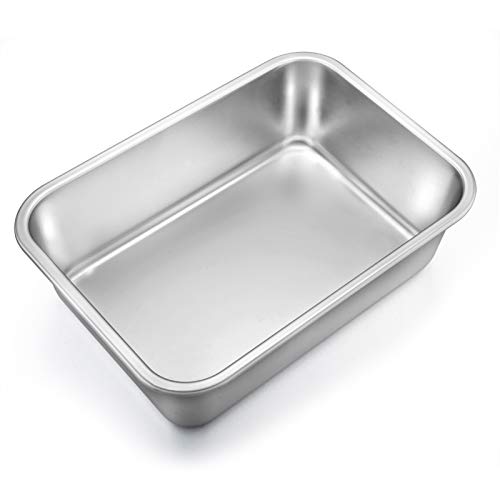 Similar to the two above, you could also use a cake pan or a lasagna rectangular pan. You will need to add a layer underneath it - like Styrofoam or cardboard, so that it will sit level. That way you can just take the pan and dump it into your regular trash.

One Floppycatter told me how they don’t use a bag but just use the walnut litter. It was impractical to use bags because with five cats to two Litter Robots they needed emptying daily, so this was a simple solution.

She just taped over the holes in the waste drawer to stop the litter from getting into them, and then added a thin layer of walnut litter, just enough to stop the clay litter and waste from sticking so it was easy to scoop out.

The carbon filter stopped the kitty litter from leaking out. This is another alternative you could try but it does mean scooping the dirty litter, in what is supposed to be a self-cleaning litter box.

When did Litter Robot 3 come out?

The Litter-Robot 3 Connect was then released in 2017, adding Wi-Fi connectivity with a smartphone app.

There have been three main generations of Litter-Robot since the company behind them was first formed back in 1999. You can’t really find any of the first generation now, but you might still be able to pick up a secondhand Litter-Robot 2 if you look around.

The Litter-Robot 3 has many improved features though, is easier to find parts for repair if something goes wrong, and you get a warranty if you buy it new.

While the EcoLeo bags are my favorite, you might have a budget to stick to and want to use ordinary kitchen bags in your Litter-Robot. Or maybe one of the alternatives to bags altogether sounds like a better option for you and your cats?

Leave a comment with your preference for Litter-Robot liners, or if you’re using a traditional litter box let me know if you’re considering upgrading to an automatic litter box.