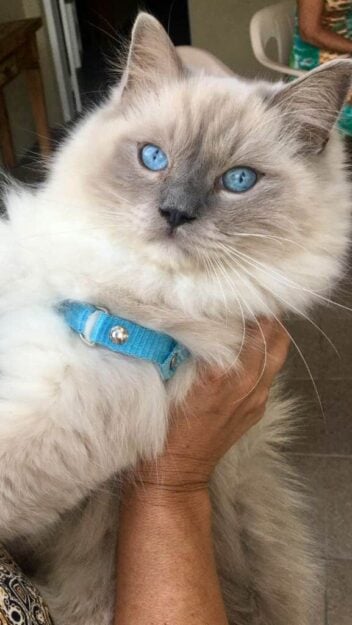 Lieber is a very much-loved Ragdoll cat, that competes 3 years of life on the 17th of April 2020. He currently lives with his owner Anita, her brother and her parents.

At first, as usually goes, not everyone of the family was convinced of having a pet, the first ever of any of the family members, but he won the heart of all of all since he came to their house on the 2nd of August 2017.

His name is derived from the word Lieb, meaning love in German. He is a male blue point mitted cat, weighing ca. 7 kilos. 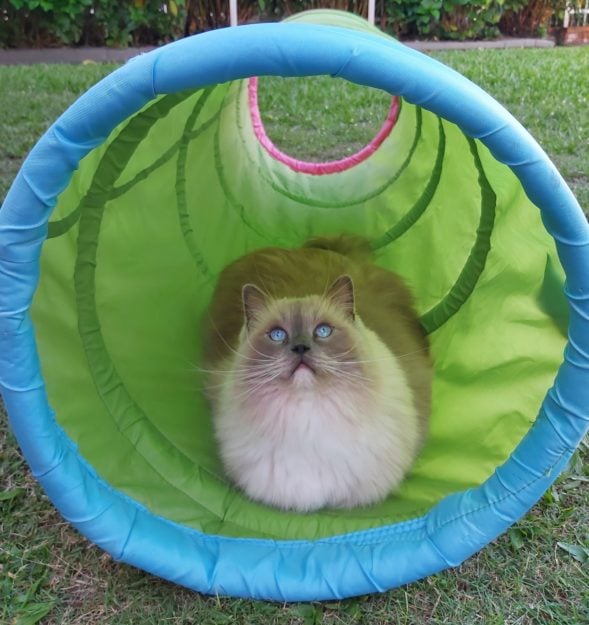 His favorite toy is a tunnel, on which he hides and waits for someone to scratch from the outside so he can catch their hand from his hiding.

He likes also music and every time it plays; he goes to the room where the speaker is and sits by it. Lieber has very little interest in jumping and climbing, which makes it fairly easy to restrain his domain inside the grounds of the family house.

Although he is not allowed to go outside unaccompanied, Lieber has a strong explorer instinct and loves to walk around on his blue leash, matching to his eyes. 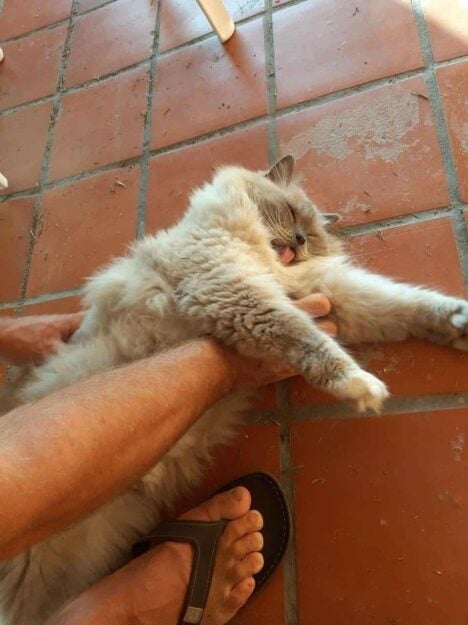 Lieber had a cancer scare after being wrongly diagnosed with FiV on Easter of 2019. Under ultrasound examination, it was found he had enlargement lymph nodes and severely ill. Chemotherapy was indicated, but his family chose not to go on with the treatment, for would not understand the reasoning of the pain he would be put through.

They decided to wait and opt for euthanasia as his symptoms worsened. After the pass of the months, Lieber got better and his family decided for a second testing, more accurate. No sign of disease was found. 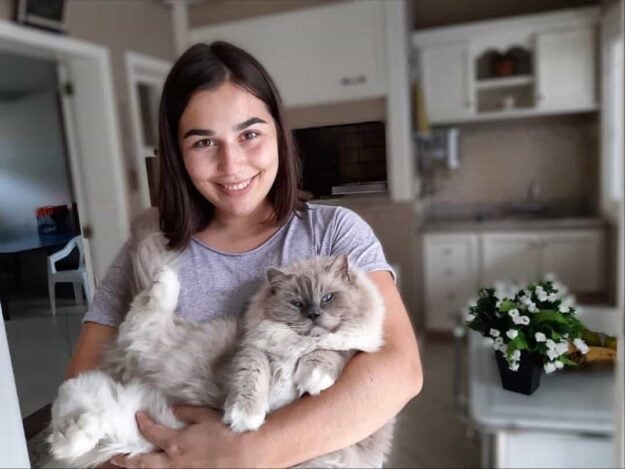 Since the scare, Lieber is no longer allowed to eat raw meat, although he still asks for it at the kitchen, when a meal is being prepared.

Lieber is offered 1 sachet of wet food per day, which he firmly asks for and whose schedule he knows.

He very much likes to receive his dry food directly on his mouth, which is done as a treat after necessary procedures, such as cutting nails and cleaning ears. Lieber is not allowed to eat any human food. 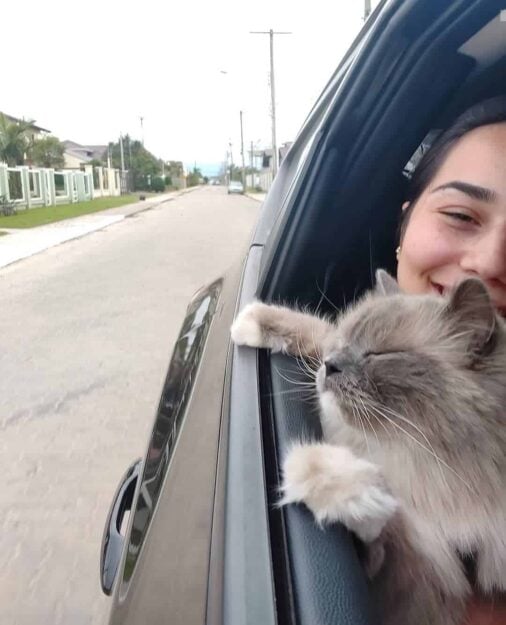 During summer and weekends, when the family stays at its beach house, Lieber enjoys the freedom that the constantly open doors offer him.

On the way, of around 2 hours, he stays somewhat unimpressed by the car ride, until he recognizes the way and realizes they have arrived.

As soon as allowed, he sticks his head out of the window and enjoys the air blowing against his face, earning the much know Ragdoll characteristic of acting like a dog.

Since he entered the family, Lieber has not had direct contact with other cats or dogs, apart from some stray cats that entered the property.

Although the opportunities are scarce, Lieber shows great interest on meeting other animals. For the next year, Lieber is expected to receive a forever cat friend to share life and cuddles on the family home.