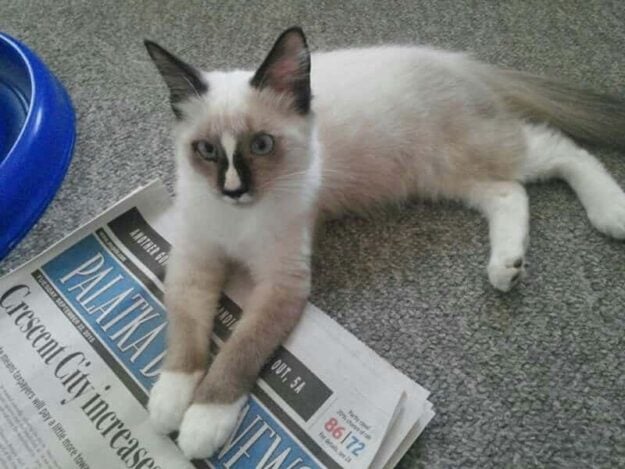 My current Ragdoll was adopted from a rescue (ARNI-Animal Rescue Need & Intervention) in Daytona Beach, Florida in 2015. I had recently lost my Ragdoll Kokomo. He was also a rescue. A friend shared a Facebook post from ARNI of the cutest Ragdoll kitten whom they called Cloud. I instantly fell in love with him and knew I had to have him. I called the next day and went to see him. Cloud was born at the rescue. Too young to have visits with people yet. So, I just saw him through the glass. He was quite popular. Several people had already put their names in to adopt him, including me. I didn't let that deter me. I just knew he was going to be mine. I was persistent. I drove 50 miles each way every week at least once a week to see him. After several weeks I was told he was mine. I was very happy with that news. So, once he was big enough to be neutered he came home. My other Ragdolls had names starting with the letter "K". So, Cloud was still Cloud, only the spelling changed to Kloud. 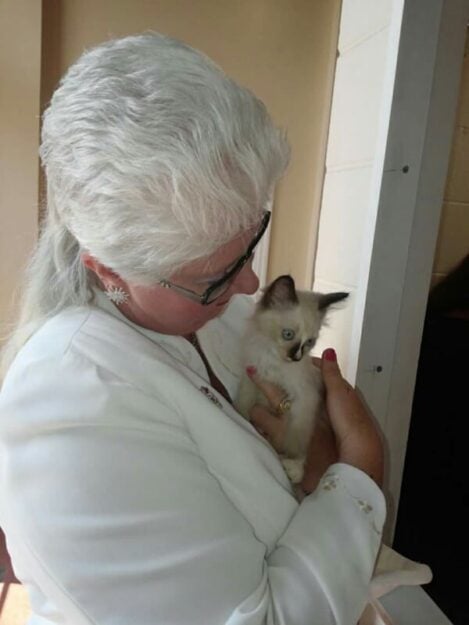 I fell in love with the Ragdoll breed when I adopted one from my vet. I had just lost my Snowshoe Kodiak. My vet told me he had a kitten I might be interested in. He showed me the little Ragdoll whom they called Bandit. Well he stole my heart & I named him Kodiak (2). I loved him for 16 yrs. I was devastated when he died. Along the way my mom adopted a Ragdoll. She was a Lynx Point named Yum Yum. She was named in honor of one of the Siamese in the mystery Cat Who book series by Lilian Jackson Braun. When my mom passed away Yum Yum became mine. Later after Kodiak & Yum Yum passed I adopted another Ragdoll rescue from another vet friend. He was called Bruce. I renamed him Kokomo. A much better suited name. So, these were the first three Ragdolls I loved. 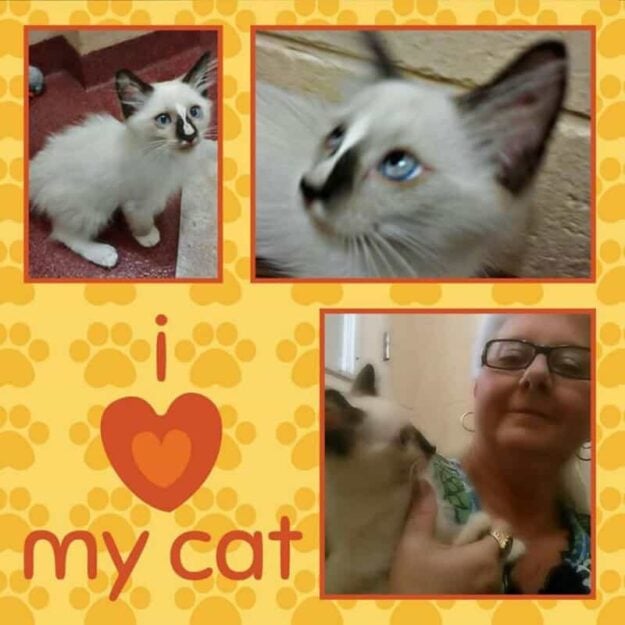 Ragdolls are the sweetest kitties. I was extremely lucky to have been given my first one from my vet. I'm a lifelong lover of the breed. I hope to always have one. They are very loyal. Wherever you go, they are there with you. Or very close by. They are very dog like. Big, gentle babies. I have noticed all of mine love to sleep on their backs, exposing their bellies. They seem to love belly rubs too.

All my Ragdolls have been Seal Points, except for my mom's Yum Yum. Kloud has striking markings. He has a seal mask, an hourglass white blaze, & a cute white mustache. He sports 2 mitted front paws and 2 white rear stockings. And a narrow white stripe near the tip of his tail. It looks like a smoke ring. And of course, he has gorgeous baby blue eyes. And he uses them to his advantage every chance he gets. They get him whatever he wants, lol… 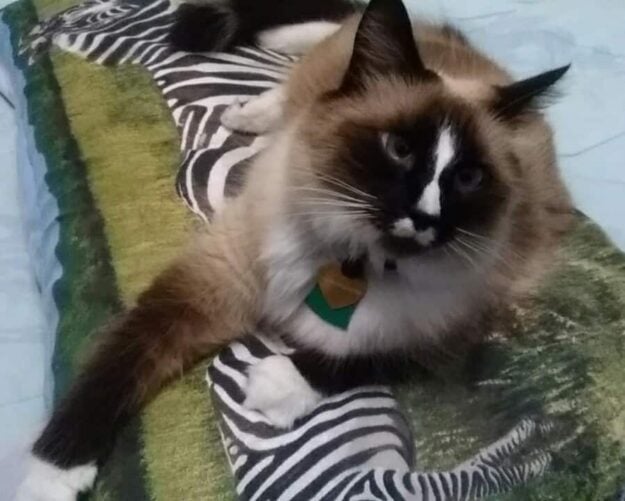 Kloud is 4 years old now. He joined sister Gypsy (Torti/Calico DSH) when he came home to live with us. Recently 2 kittens were adopted from loving family & friends who thought I needed more to love. I recently lost my husband. Another sister Luckie, my little black panther DSH & a brother Jasper, an orange/white DSH Tabby. 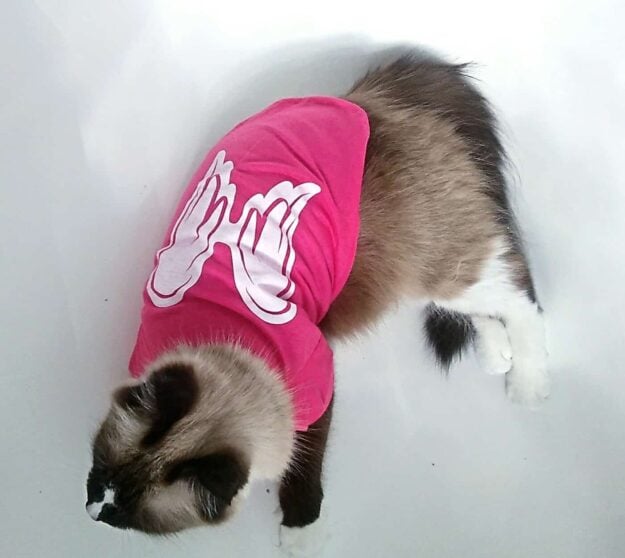 Kloud has one food that he is particularly fond of. It's quite unusual. He loves bananas! He comes out of the woodwork if he hears me peeling one. He also knows what they are too. If I call him and say banana he comes running. He sits up & begs for bites. Kloud also loves fetch. He brings balls & stuffed mice back for me to throw again. Our dog never got into fetch. She'd run after the ball but never bring it back. So if Kloud were a dog I suspect he'd be a Retriever. Kloud and the other feline family members love their Friskies Treat dispenser. My fur babies are lovingly pampered. I wouldn't have it any other way. I am a committed Ragdoll lover =^..^= 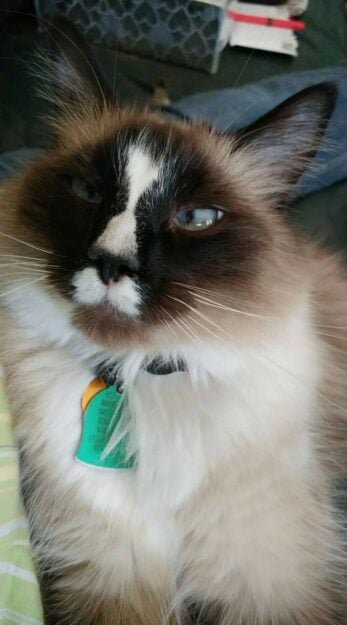