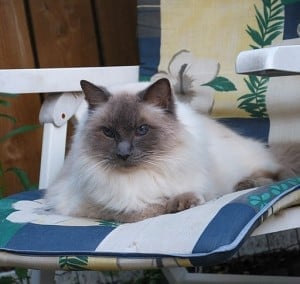 IP Ragtime King of Finland or King as his friends call him.

It's amazing how fast the time goes. It was only yesterday when I became interested in Ragdolls. I read about Ann Baker and her Ragdolls. In that article, it said that the Ragdoll is a very big cat. And I thought wow, I want that kind of cat. But at that time there wasn't any in Finland.

Then I heard that there was a Ragdoll Cat Club in Finland (just recently started). I joined it and heard from those people about Ragtime cattery in England who might have kittens. I phoned Mr. Rigler and asked if he had a seal colourpoint Ragdoll kitten looking for a home. And he said yes he did but in the same litter there was a huge blue point male. I thought that wow, I want a big cat. I got a video of King and on that video Mr Rigler said that this kitten will be King of Finland and that is his real name IP Ragtime King of Finland. And that is a good name for him. He really acts like a King. 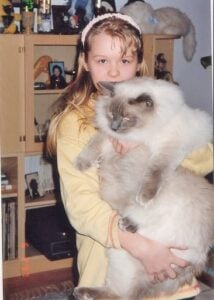 King was probably the  largest Ragdoll in Finland when he was younger. He weighed 10 kg (about 22lbs). And because there was so few Ragdolls in Finland at that time King had to represent Ragdolls in many occasions. He was twice on the television and several times in magazines. He was very famous at younger age.

When King was younger he loved to play hide and seek with me.  I'd be hiding and he'd try to find me. If he couldn't find me, then he'd sit down and cry like a baby. He knew that I reveal myself if he did that - I would call that cheating. 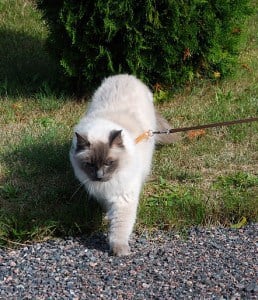 King on a leash

King loves to take small walks in the leash to visit my mother who lives in the next house from us. That is one thing he doesn't give up. He has to get there everyday. He won't give up the rights that he has gained.

King knows he is a King because he wants his food to be served to him. He would never meow for any food. He just sits in his armchair and waits for his meal.

Now at older age he has got a silly habit. If I try to give him food that he doesn't like, he sits and stares at it as if he would try to hypnotize the food away. He looks very funny when he does it.

I'm so happy that we have had so many great years together with King. And I'm glad that King was my first Ragdoll because he has shown me what Ragdolls are all about. 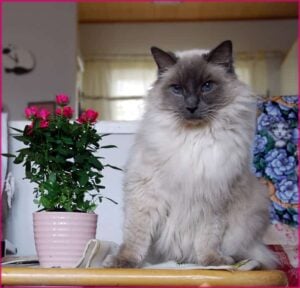 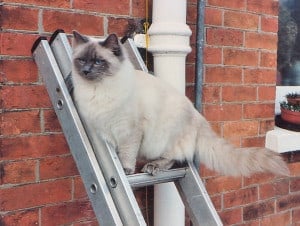 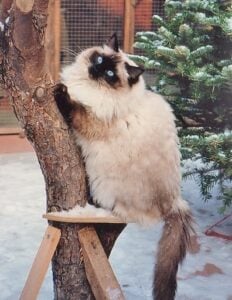 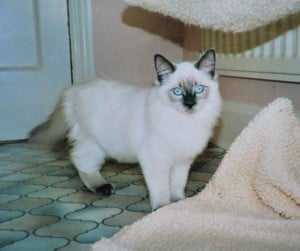 King as a kitten in England 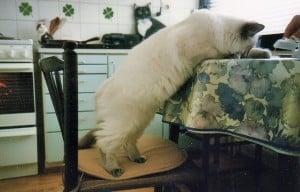 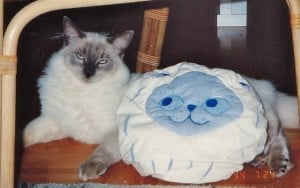 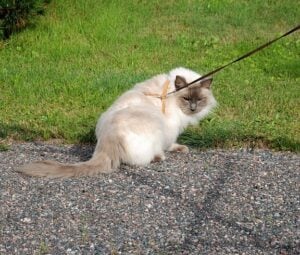 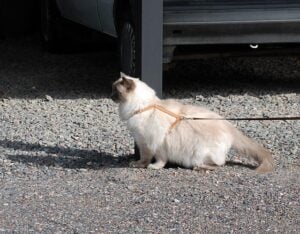 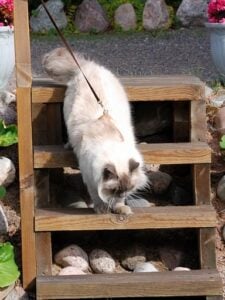 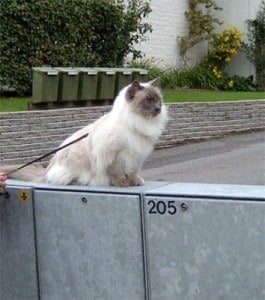 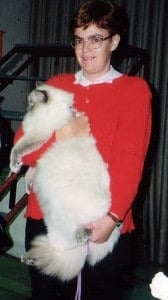 King and Leena - Many Years Ago 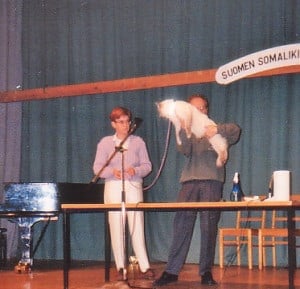 King at a Cat Show 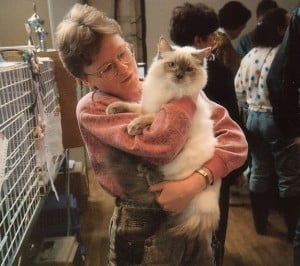 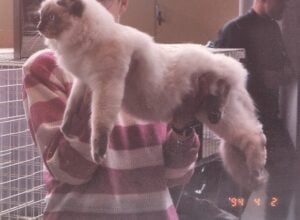 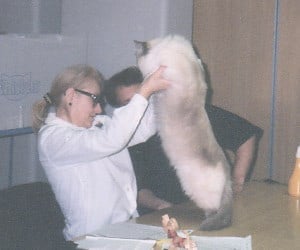 King at a Show 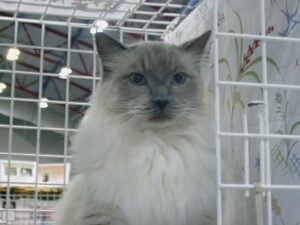 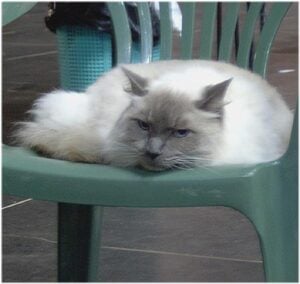 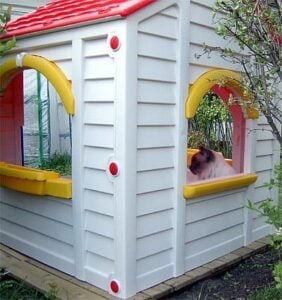 King in his Playhouse 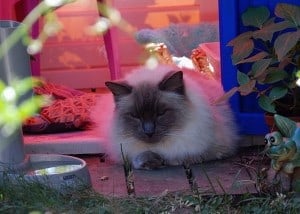 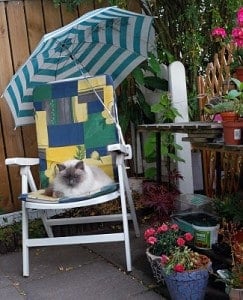