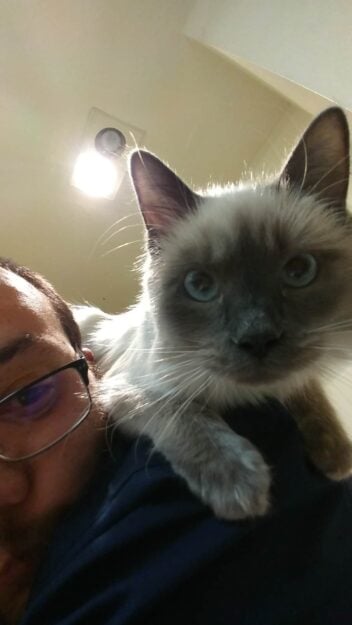 Our names are Kelsey and Charles and this is our baby Khaleesi. We rescued her when she was just two months old, covered in fleas, had an eye infection, and was infested with worms. 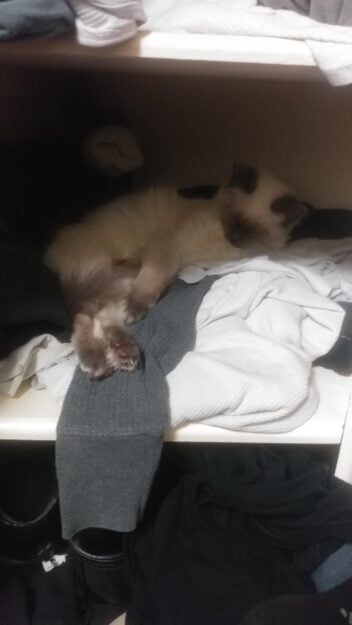 She was advertised as free on a cat adoption website, no shots, and obviously very sick. We did not realize how sick until we got her home. We took her to the humane society vet to have her checked immediately. 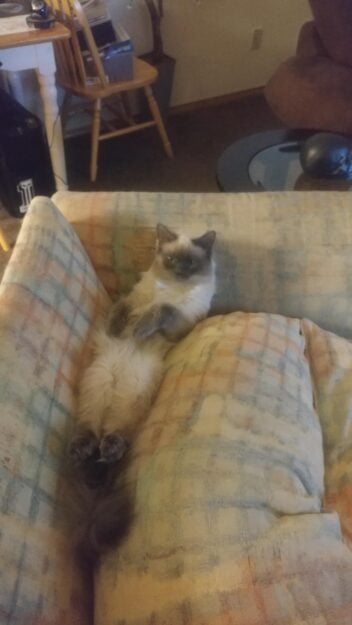 She was very underweight and struggling, but so loving. The vet prescribed an antibiotic for her eyes and saline nasal spray. They gave her her first set of shots and told us to watch for worms in her poop. 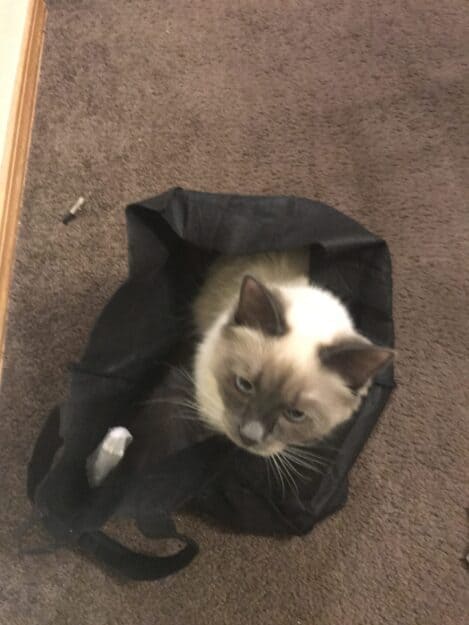 Well, we found worms so back to the vet we went, only this time to our regular vet. They gave her a medication for her worms and advice on getting rid of the fleas. The fleas were a 6 month battle, full of combing, natural flea killing foam, and finally a professional flea bath. 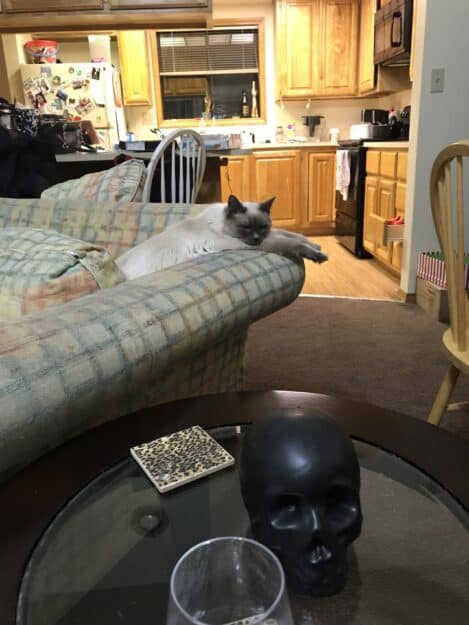 When she was old enough we had her spayed, which brought a new set of struggles. She had to wear a cone, which she quickly discovered how to remove. To keep her from ripping her stitches, we tried confining her to our bedroom. Because she likes being around everyone so much, she did not enjoy being alone in the bedroom. She realized that she could jump up and pull the handle down on the door to open it.

She’s quite the explorer. We have added baby locks to any cupboards that have garbage or harmful chemicals in them to keep her from getting hurt. Miss Khaleesi is now completely flea free, healed from her surgery, and loving life! 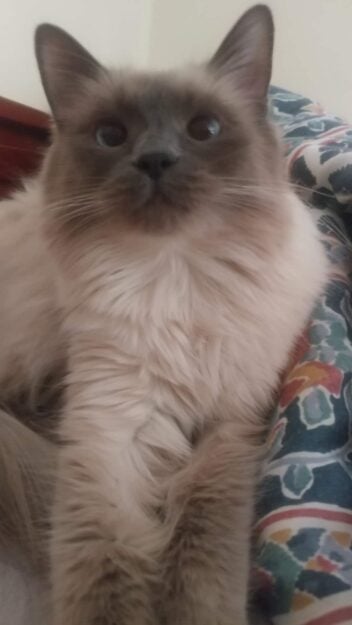 She’s just over a year old and loves to cuddle. It’s not a regular morning without a good morning head bump from her. Most nights she sleeps in mommy and daddy’s room at our feet. Occasionally we will wake up to a purring little fluff ball snuggling up to our faces. She’s so calm she usually sleeps through the night. 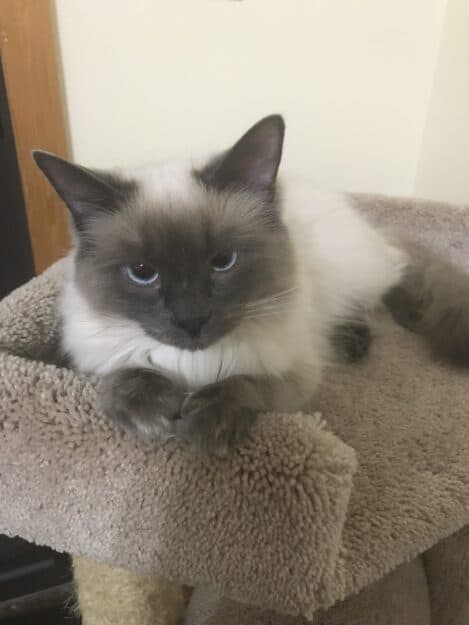 She has discovered our broken down old chair in our living room which she has made her personal fort. She has a brother named ninja and the two of them are hilarious. He tries to keep up with her energy but struggles. They love chasing each other around the living room and then snuggling the rest of the night. One of her favorite toys is the laser pointer. It’s funny to see how high she can jump. She has been known to jump up and turn light switches off. 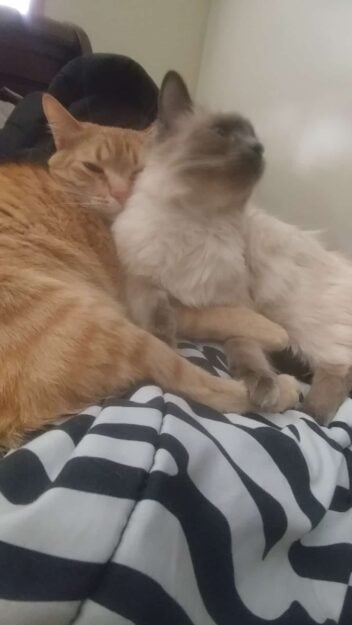 Khaleesi likes to be as close as possible. She loves being nestled in between your neck and face. She rides around on daddy’s shoulders and refuses to leave him alone while he gets ready for work. She will jump from the bed to his shoulders just to rub her face on his every morning. A perfect day in Khaleesi's world would be hanging out, cuddling, pigging out on cheese( because surprisingly enough you can’t keep her away from it) and cuddling her cat brother, human brother, or parents. Probably some time hanging out at the top of her cat tree, looking out the window as well. 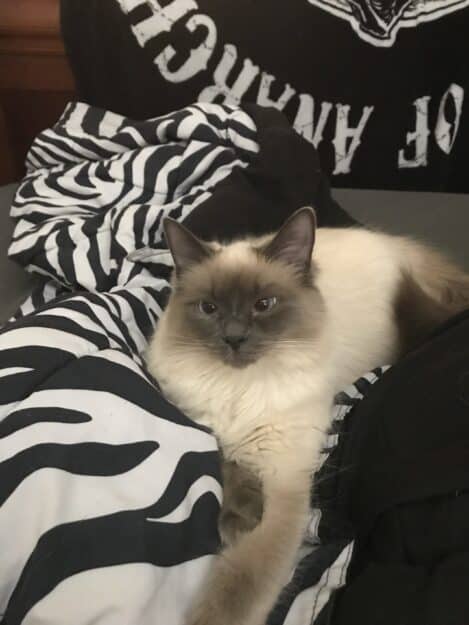