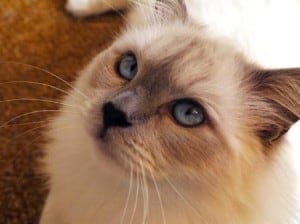 Jaran (although we call him a bunch of different names, such as JaranBall, Ball, Mr Fluffypants, Bubbaloo and Mr Jaran)

Hi my name is S*Abayomis Jaran of Vonimp! I am a 4 year-old Lilac-point boy who was originally born in Sweden - then my first mum from Von Imp in New Zealand got me sent to her, where I was at shows and fathered more kittens, so everyone could have a little Jaran in their lives.

My mum and dad I have now were looking for a cat, they were thinking maybe a Ragdoll kitten at first, but then decided maybe it would be nicer to give a home to a rescue or retiree cat. It was perfect timing too because my first mum had decided it was time for me to be spoilt in a home by myself, where i could get into mischief and sleep in the laundry basket. 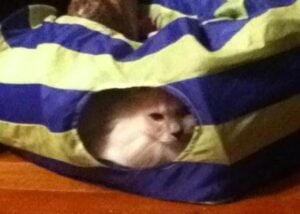 It took me a wee while to get used to the idea of not being a ladies man anymore, but after a few months I was ready for my new home.

I was well aware I had reached my new kingdom, and my new mum and dad seem to understand that I am their prince, they always have cuddles, toys and treats for me. We often have lots of friends over, and all of these humans have said how they want to take me home! So far everyone who has met me has fallen completely in love with me – of course!. 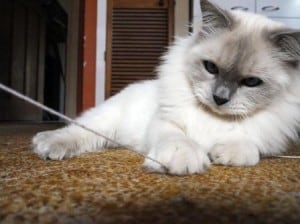 I like to hide in cupboards, upturned laundry baskets and my crinkle tunnel. My crinkle tunnel is my lair, i drag my toys, socks and keys in there to hoard them. I also really like the cat tree they made me, out of driftwood and chipboard. I also get to go for walks sometimes. My favourite toys are my Kong Wubba and my Kong rat which can be refilled with catnip. I also love to play with fluffy pipe cleaners that are twirled into a ball.

Occasionally I do something really crazy and my owners put me on YouTube, but mostly they just take photos of me. I am pretty used to the camera and know how to pose well for photos, but the silly humans don’t always capture my best side and I can look a bit silly. I am mostly very elegant thank you very much! 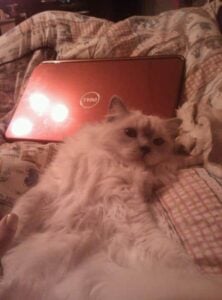 I am super well-behaved as well, it surprises even my humans! I’m never found on the counter, and although I am often tempted by their dinners and snacks, it is unusual for me to have taste unless it is out of my bowl or a little morsel of something (usually steak or chicken) given to me. I occasionally get treats as well, and my humans think they have trained me to sit or stand for them. Silly humans, I just know I’ll get the treats faster if I do what you say!

Usually after a nap or a walk, or just on my own whims, I go absolutely crazy (my humans call it “the ‘n’ tail because of the shape my tail goes in) and I run around the house. given the house has wooden floors and I have super-fluffy feet I am a master of drifting and skidding around corners... stopping sometimes presents a challenge though! 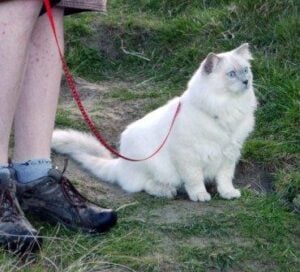 My humans have been so taken with me they have lately discussed getting me a “playmate”. I think this would suit them well given how many pats and cuddles they seem to be able to give me, but I’m still undecided if I will allow this!

No matter what happens, I have turned them completely to the fluffy-side of Ragdoll love, so I bet I know what sort of kitty they’ll get next!

Here’s our latest video of Jaran destroying a birthday card: 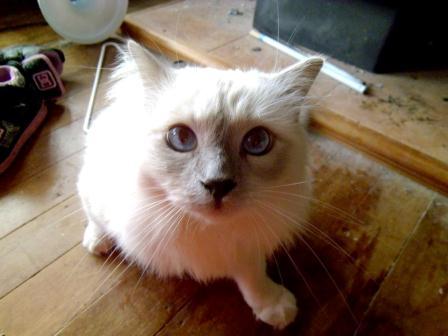 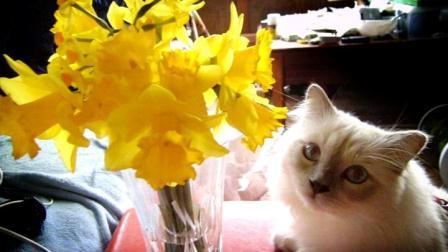