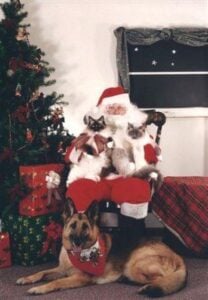 As many of you know, my love for Ragdolls started with a kitty named Halston.  He was a Seal Mitted Ragdoll with a blaze from Ragnarok Cattery in California.  My aunt got him when I was just 2 years old.  So by the time I was 7-8, he was 6 years old and the coolest cat.  It was because of him that I wanted a cat and it had to be a Ragdoll.

My Aunt first discovered Ragdolls when they were featured on the front cover of Time Magazine in 1979.  A friend of hers was looking for a cat, and the one featured on the cover was from the same cattery that Halston was from.

Halston died many years ago now - he lived to be 15.  My Aunt had three other Ragdolls too - Marcus (a blue mitted - in the photo to right), Ashley (a bi-color) and then Brett - my grandmother's cat.  When my grandmother passed, Brett went to live with my Aunt Nicky.  Brett died in 2009 a few months before Rags.

Earlier this year, my Aunt was searching the Internet for a Ragdoll Kitten and came across Prince William on Angelic Ragdolls' site. 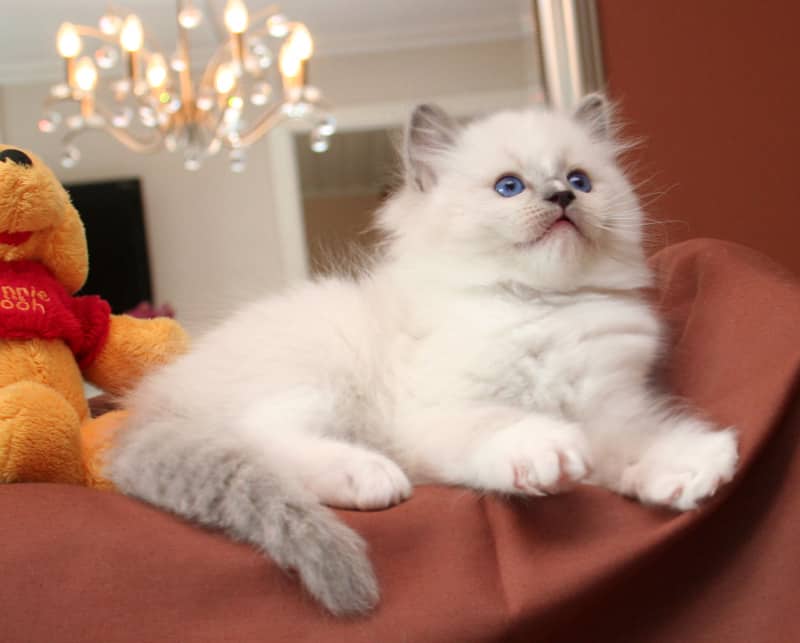 There were many obstacles for Prince William to come to my Aunt.  Number 1 - Prince William was born in Sweden!  And to come to the USA he had to be 3.5 months old to get his rabies shot!  But my Aunt persisted and she is so excited.

He arrives tomorrow in Atlanta!  My aunt is flying down to get him.  So I will be meeting him on Sunday and will post more photos soon!  Isn't he gorgeous!

The addition of Prince William makes 8 Ragdolls on my mom's side of the family!