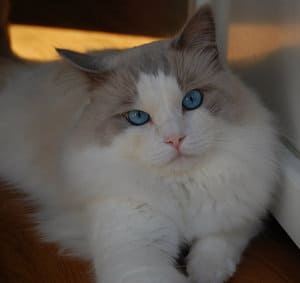 Humphrey is my first male Ragdoll, he was born in Denmark, from breeder Marianne Belling, he does now live in Norway though.I plan on breeding him, but not yet as he is just 1 year old. He has his very own Facebook page, though it is a little problematic, as Facebook keeps throwing out cats.He is a very well loved cat on Facebook, and has alot of kitty friends, not too many, and not too few.He has friends from all over the world, and he often receives or sends his friends cards and parcels. 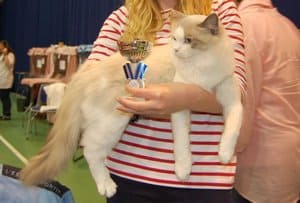 He is also a show cat.  He just entered into the adult class and has only been at two shows since he's been in the adult class - and he was nominated both days! One day he even got a vote in the panel, we are so proud!!As he is a Rag a 03 - competition is difficult and the fact that he was probably the youngest male in the panel didn't help!Cecilie Midtgaard 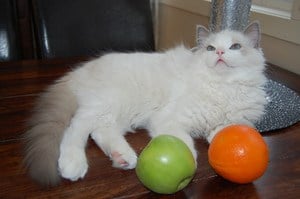 Humphrey as a kitten 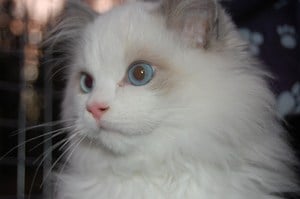 Humphrey's Face as a Kitten 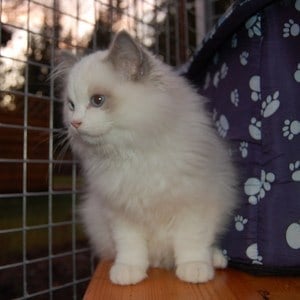