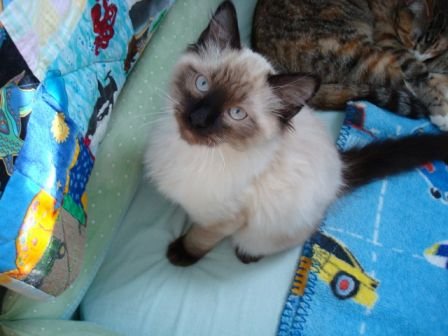 This is Hucks story. Huck is a Ragdoll rescued in Manhattan, Kansas. Hucks story is told by his owner, Gail.

“I had been looking for another kitten to join Jag and Possum our resident cats for a few months. I had rung about A LOT and they were always gone, then one day Huck’s picture appeared. So I contacted his foster immediately. She said he was still available and I could see him that day if I wanted. WELL as soon as she pulled him out of the carrier I was in love. He was the sweetest fluffiest little fur ball I’d ever seen. So of course we adopted him, Thank You Manhattan Humane Society.
After getting him home and giving him a bath (he’d been in a carrier with his mummy who was being adopted that day too and a sister that was ALSO being adopted that day, so he was stinky), he settled in to watch his new siblings watch him. hahaha. It took a few days but they were soon the best of buddies.

Huck follows me around like a puppy dog; my husband calls him my puppy cat. He calls for me if he can’t see me, and will sit outside a closed door until I open it for him. I’m the only one that he will allow to pick him up or snuggle him for any longer than 15 seconds!

He loves to play, his favourite toys are little mice, or anything with feathers on it, he loves to talk, he talks about everything, he talks using the litter box, he talks while eating, he talks while sleeping, he talks when he has nothing better to do. He is a master of the Ragdoll flop (see photos below), whether he’s flat on the floor on his back or being held. He never ‘helps’ to be picked up, the moment his paws leave the floor he goes limp!!!

At 10mths old he’s 11.5lbs, and his coat is starting to darken. I absolutely adore him – my husband tells me should I have to go away for more than a day he thinks Huck would go insane because he loves me so much.

I would recommend a Ragdoll to ANYBODY wanting a loving, laid back, pleasant cat. They are simply elegant.”

Would you like to share your Ragdoll’s story? We would love to feature it on this site. Please visit our Your Ragdolls Story Page to learn more.

Please visit our Contact Floppycats.com with your Hucks story!. 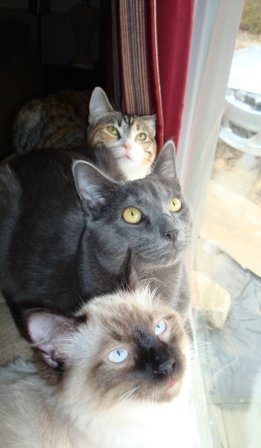 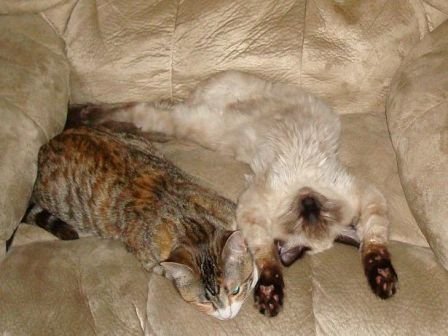 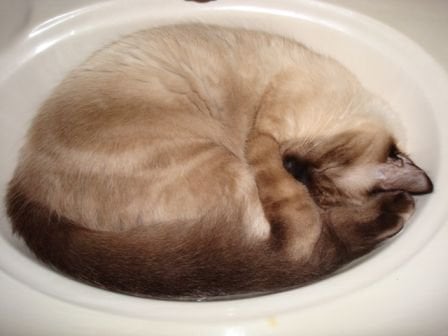 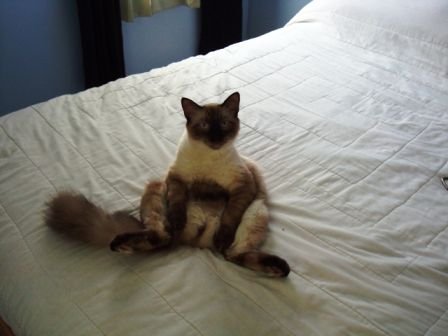 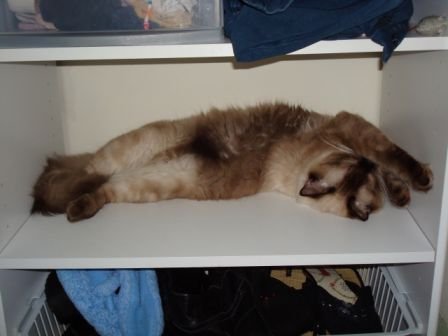 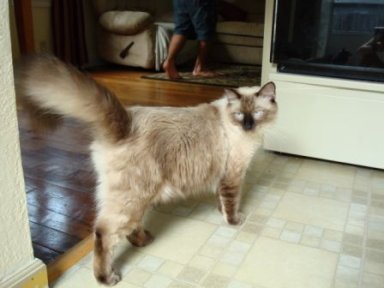