×
Home » Cat Product Reviews » Cat Litter Box
There is an older post on this site, Litter Boxes for High Spraying Cats, and I recently ran it again and re-posted it on our social media channels.  One reader, Jessica, saw the post and shared with me, her DIY high sided litterbox in the comments of that post.  I wrote her and asked if she would let me share a photo of her DIY creation here on Floppycats (on the Litter Boxes for High Spraying Cats post), but she ended up sending in more detailed photos and instructions, so I thought it warranted it's own post.  Thank you, Jessica!You had asked me for pictures about my high sided litter box.I use a Sterilite 66qt container for the box itself. Other supplies are: a magazine, a permanent marker, and a wood burning tool (be very careful with this) 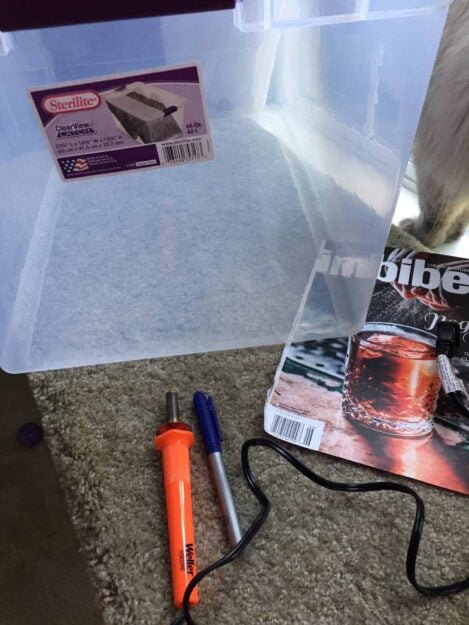 I use the magazine as a template and trace it on the side of the box. You don’t have to use a magazine-you can draw whatever shape or size pattern you want to cut out. Just don’t make it too low otherwise the cats will kick all the litter out. 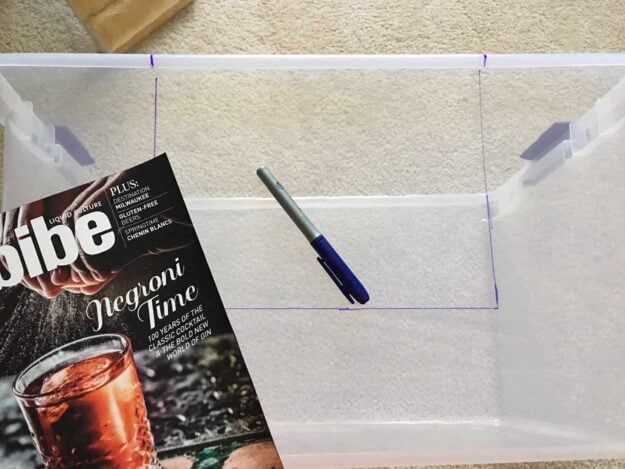 I found that trying to cut out the side to make the hole to hard or that the plastic would crack. I went to Lowe’s and bought a wood burning kit for about $15. Once it is hot (and it gets VERY hot so be careful not to burn yourself or set it down on anything flammable), I use it to trace the outlines I drew. It melts the plastic. It takes a couple of minutes to complete this step. Go slow and carefully to get a straighter line. 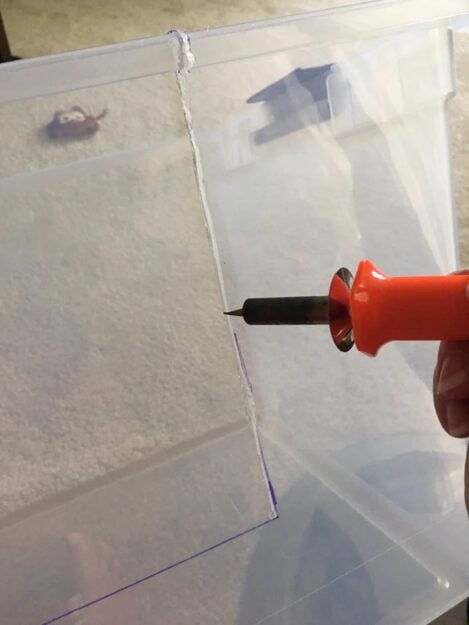 Once you have melted through all 3 sides, you can remove the piece you wants to cut out. You may have a couple of sharp edges in the melted plastic. I just run the edge of the tool along them to smooth them out. When you’re done with the tool, unplug it and put it somewhere it can’t burn anything or anyone. I tend to put mine in my garage on the concrete floor to be safe. 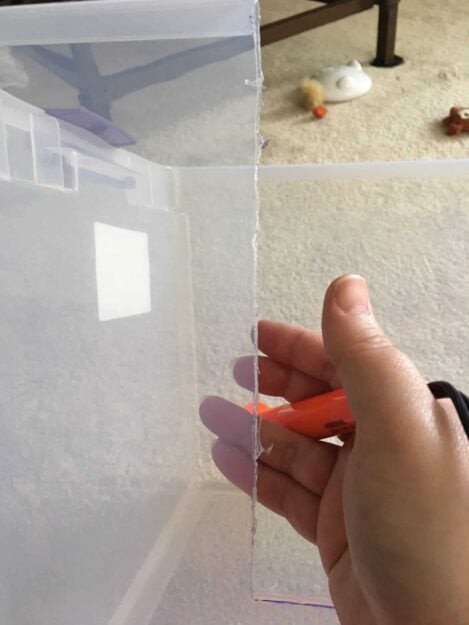 Below are a couple of pictures of Wyatt of @willa_and_wyatt checking out the finished product! 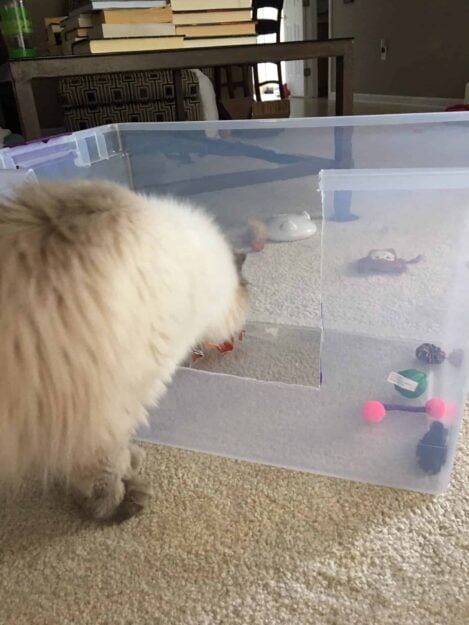 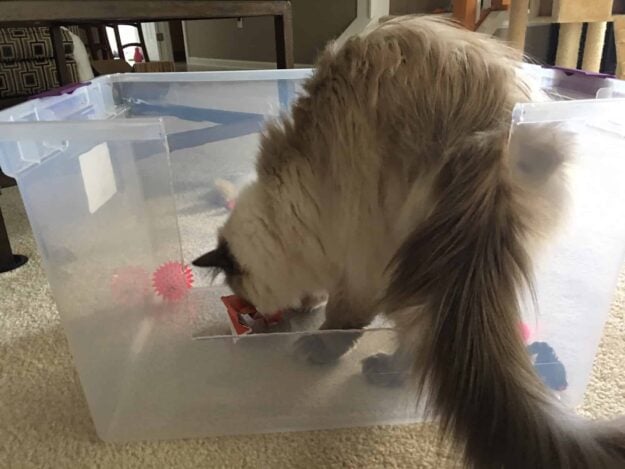 I hope this helps out others! I started doing this when a cat I had at one time had bad arthritis so he could get in the box. It’s also great for kittens!

I cannot remember how it came about - but Floppycats’ reader Aims Windler in a comment on a Facebook post, posted a photo of her DIY litter box.  So I replied to that comment on Facebook and asked, if she could please email me to tell me in detail how they made their homemade litter box. 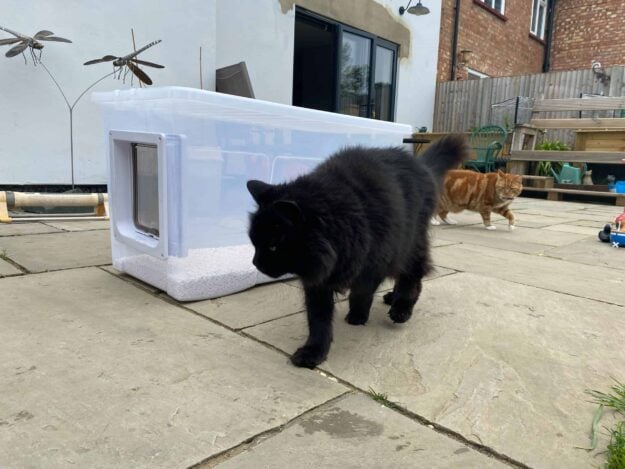 Turns out it’s really simple to make but quite effective at giving your cat privacy and helping to keep odors sealed inside a box.They started with a clear plastic storage box from eBay. There are various sizes of storage boxes available, so you should measure for your biggest cat and find the one that will comfortably fit them. Aims chose the 29.0589 gallons (110 liter) box for their biggest cat. 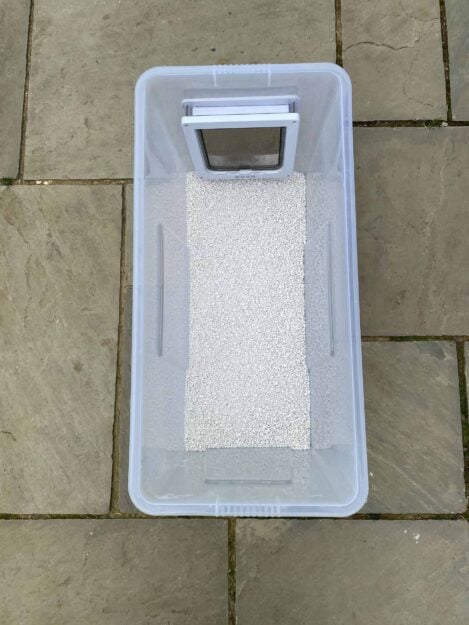 They then bought a regular cat door that you’d install on your home, cut a hole for it in the side of the box, and added it. Despite the walls of the box being thin, you can attach the cat door as long as it has a tunnel joining the two sides of it. The cat door that Aims chose was this one on Amazon (similar to this one in the USA). 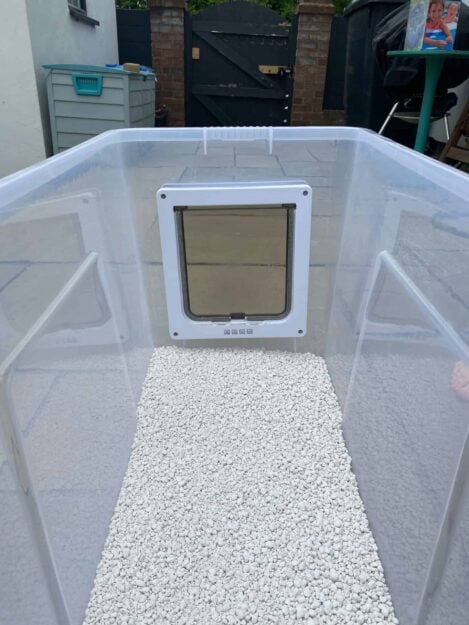 Once the flap is installed, the litter box is ready to use. It’s a good sized box that gives your cat plenty of space to feel comfortable, but because it’s an enclosed box there’s some sense of privacy (even with a transparent box) and smells won’t be as strong.

Of course, if your cat is not used to cat doors or cat flaps, there might be a small amount of training involved - like perhaps leaving the flap off the door at first, until they are using the litterbox. 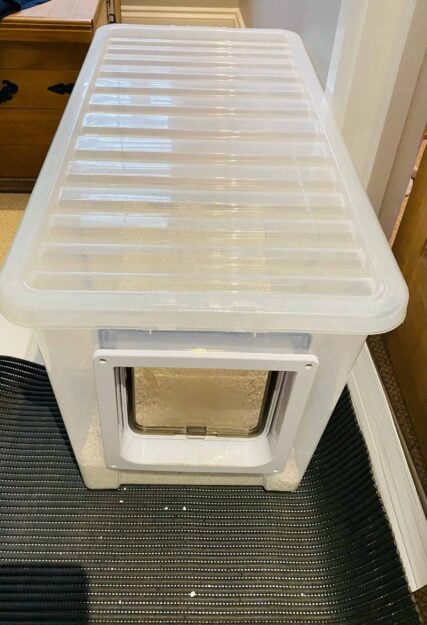 You could use any kind of litter with this DIY litter box. I asked Aims what they used, and they said they used Catsan, which is a non-clumping litter of tiny stones that work like crystals. Clumping litter would work fine though. 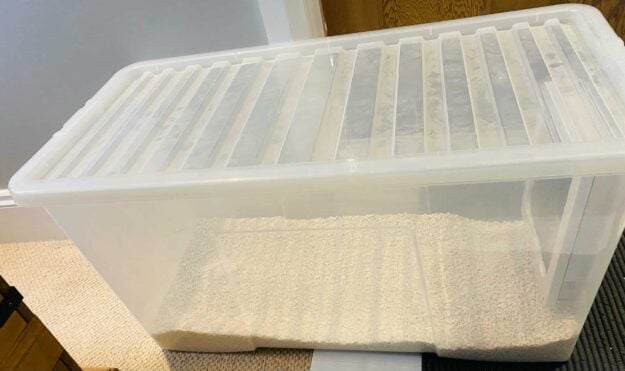