Can I move my cat’s litter box? It is an often-asked question among pet owners, and the simple answer is yes – but take some time to think about it first. Just like humans, cats have preferences about where they would like to do their business, and if you put their litter box in an inconvenient location or move it too quickly, you might find that your kitty chooses other undesirable places to go. Here are some things to consider before, during, and after you move a cat’s litter box to a new location.

Before you move your cat’s litter box, brainstorm the pros and cons of different locations. Try to think in the mind of your kitty, and avoid playing “musical litter boxes” with your cat by changing the location too often. Here are a few factors to consider:

Remember that the general rule for litter boxes is that if you have two cats, you should have three litter boxes. Some cats prefer at least two litter boxes: one for poo and one for pee.

During: Move a Cat Litter Box to Another Room

The best strategy for moving a cat litter box is to take things slow. One approach is to put a new litter box in the new location, but keep the old one at first. Gradually move the old one towards the location of the new one until the cat is comfortable in that area, and then remove the old litter box. If you don’t want to introduce an extra litter box, just gradually move the original to the new location, but go at a pace that is comfortable for your cat.

After: Keeping the Litter Box Clean

One consideration when you move a litter box is whether it will be convenient for you, because one of the biggest litter box mistakes pet owners make is neglecting to clean litter boxes, which can be very off-putting for a cat. Ideally, you should scoop the litter twice a day, and remember that the box itself can become smelly and offensive to cats, particularly plastic boxes, so try to replace these boxes once a year.

Can I move my cat’s litter box?

When changing litter box locations, the key strategies are to find a location that is convenient for your cat, take the move slowly, and then remember to keep the box clean so your cat will continue to use it.

The LitterLocker – your own portable litter trash can 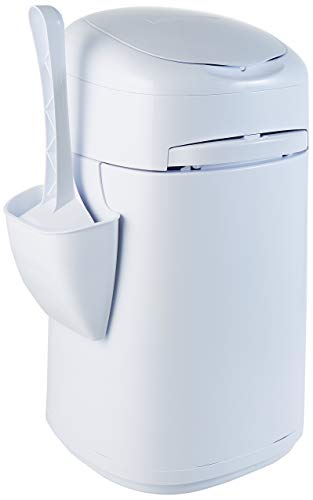 One easy way to help keep your litter box clean is by having a litter disposal system like the LitterLocker or the Litter Genie close by. This is essentially a trash can just for cat litter – it’s designed to lock-in odors and bacteria as it keeps any clumped litter and poop trapped behind a second lid – so when you open it, you aren’t suddenly hit by the smells of older waste. And because it’s so portable, it’s really handy to have next to your litter box – so if you move the litter tray you don’t need to think about whether there’s a trash can nearby or how you’re going to bag up the used litter. It’s all managed with the LitterLocker.

This story is from a Floppycat reader:

2 years ago my 7 year old Ragdoll, Bugsy, started going to the litter box repeatedly. It appeared he had a UTI. I took him to the vet where they ran many tests and it was determined he had Idiopathic Cystitis brought on by stress.

We had recently moved into a new house and I had purchased a piece of cat furniture that hid the litter box inside and being enclosed stressed him out. Once I removed the furniture the problem cleared up.

Fast forward two years later, I was tired of sweeping litter constantly so I purchased an enclosed litter box and hoped the original stress was the new house and not the box. I was wrong. He started the same bladder issues of urinating every few minutes and eventually little drops of blood. I immediately purchased a large Rubbermaid tote.

It was the biggest box I could find with high sides but not enclosed. I cut out an entrance/exit for him and within two days his cystitis had cleared up and he was much more relaxed.  I never knew this to be a thing, but it absolutely is. The big tote keeps the litter in better kid and he has plenty of room to move around and do his business. Hope this helps someone else.

The NVR Miss Litter Box is a simple yet effectively designed litter pan. The litter tray’s high walls are perfect for avoiding spilling and litter scatter while the large cut out to the side of the box allows for easy entry and exit for your pet cat.

Great for those who work long hours away from home, those who have multiple cats, and lots of other reasons. Read more in-depth here. 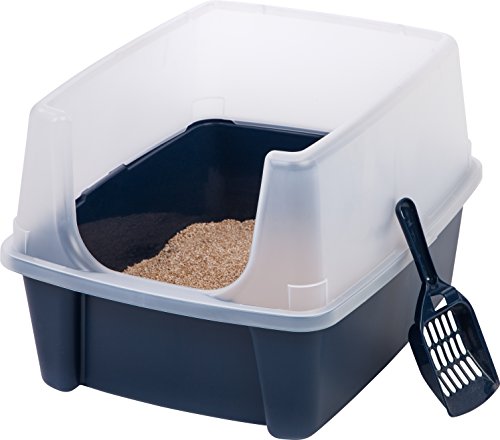 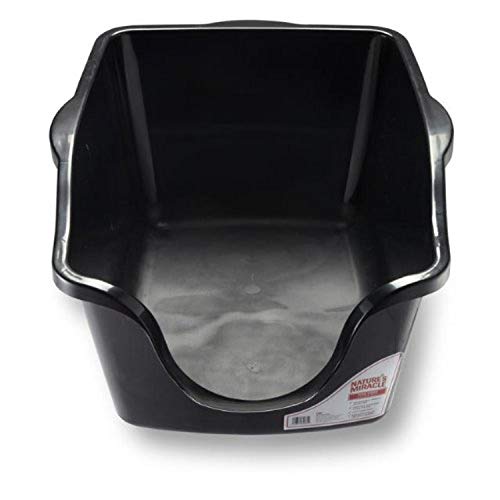 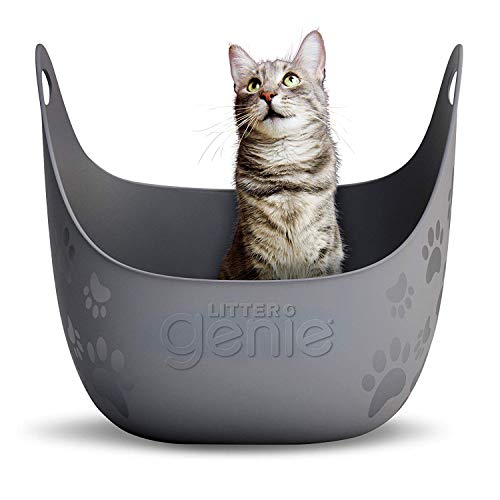 The LitterLocker Litter Box is a high-quality product made by a Canadian brand that is designed to keep all the kitty litter scatters inside. It has two flexible high sidewalls that come with handles, a high back wall, and a short front wall. This will permit your cat to enter the box easily.

The size of the LitterLocker Litter Box is 22.3 x 17.6 x 16 inches, which makes it fit into most bathrooms, but also large enough for any cat. Its shape is designed especially to reduce litter scatter to a minimum.

The flexible sides make this litter box adaptable to small places. For instance, if you want to place between two walls or between a wall and your toilet, the sidewalls of the litter box can be bent to fit. 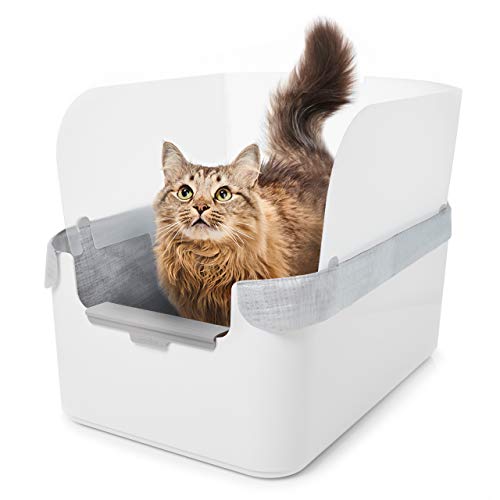 The Modkat Open Tray Litterbox is a 20″ L x 14″ W x 9″ H litterbox with a 15″-high splash guard that offers extra protection against leaks or scattering. 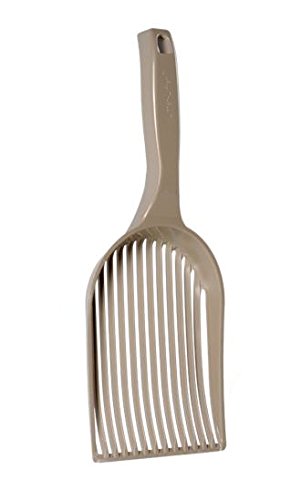 Meet the cat litter scoop that will change your life.  Seriously.  You think I’m being dramatic.  I am not.  The Litter-Lifter is an extremely efficient scooper and hands down, my favorite litter scoop on the market.

The Litterbox.com Litter Mat is a special mat that can be placed under or in front of the litter box to catch all the litter granules that cats track on their paws or when they toss the litter around to clean it. The mat is lightweight and it is also anti-slip. It is very easy to clean – just by shaking it or vacuuming it, all the litter will be eliminated. 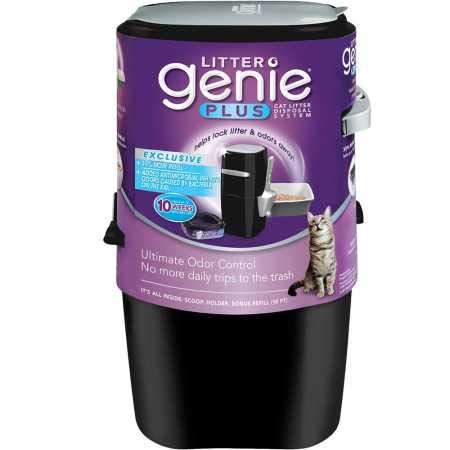 How does it work? You simply scoop the soiled clumps of cat litter into the unit, pull the handle to help seal away the waste. The system locks in the odor through its antimicrobial protection feature.  It even comes with a scoop for your convenience.

Purchase them in Large and X-Large

What suggestions do you have for how to change the location of a cat litter box?