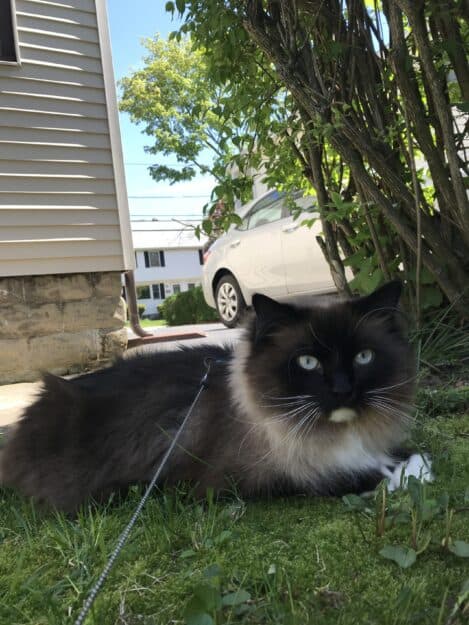 My fiancée and I found our first Ragdoll, Henri on Craigslist. Back then they just called him “Ragdoll”. He had been living outside, when a family let him into their garage to feed him and give him shelter. They searched to find his owners but, had no luck. Fortunately, a shelter took him in and posted his information to find an adopter. He was in rough shape when he first got there with extremely matted fur, a virus, and an infected tooth that had to be removed. I remember when we first met him at the shelter, which was really an old barn. He was so confident, friendly, and immediately wanted belly rubs. They estimated he was around 2 or 3 years old when we got him. Now, he is about 5-6 years old. 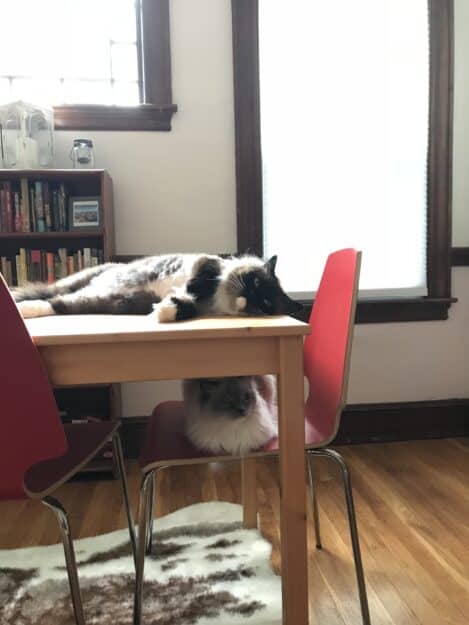 We named him Henri because he looks so regal! We fell in love with him because of dog-like nature, confidence, and his enormous size (we measured that he is over 3 feet long when he fully stretches out!). Henri’s favorite thing to do is stare at birds and squirrels out of our giant kitchen window. We have set up a couple of cat towers around the apartment next to windows so he can look out. He also loves any toy that contains catnip. He will absolutely destroy any and every toy we give him but, it’s totally worth the entertainment (for him and us). I also like to take Henri outside on a cat harness so he can lay around in the grass. 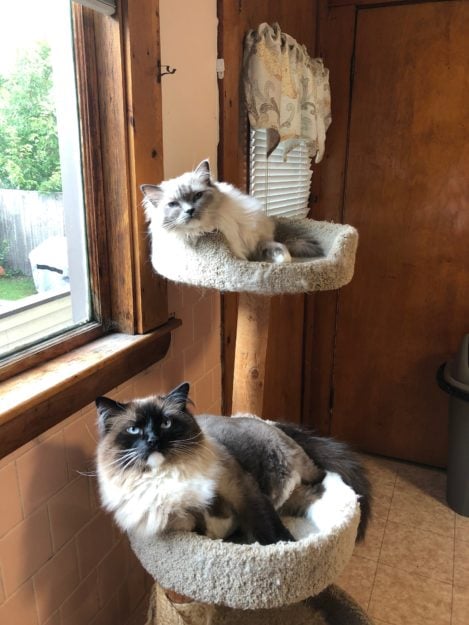 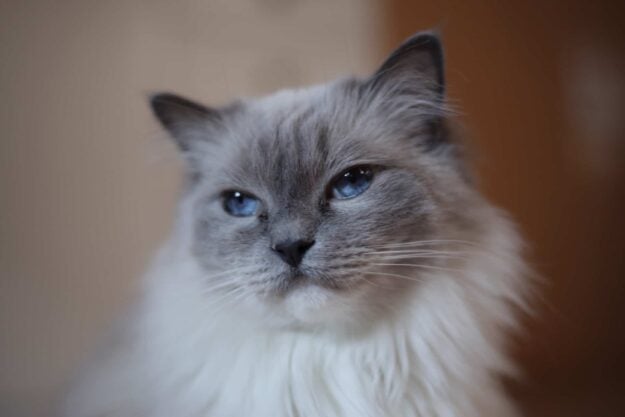 We loved Henri so much that we decided to get another Ragdoll so that he would have company at home while we were at work. We decided to adopt a former breeding cat, Maria, from a breeder in New York. Maria was about 5 when we got her and she just turned 8 in October. She is an absolute love, however, it took her some time to adjust to her new surroundings. We had set up a room for her in our office for the first couple of weeks and she would cry out every single night. We had to take our time introducing Henri and Maria to one another. 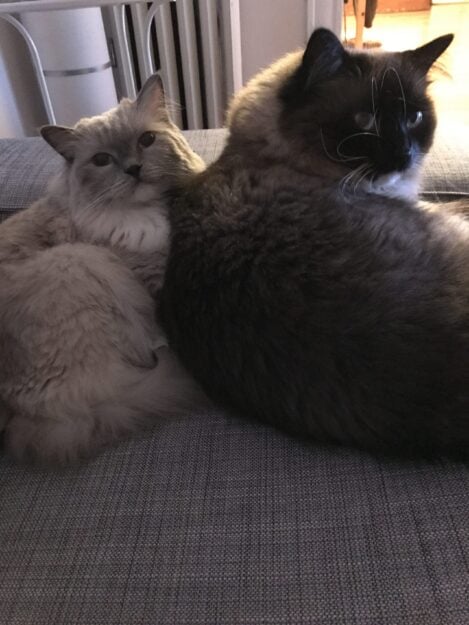 Many nights, my fiancée would go into the office and hold her in his lap until she calmed down. After a few weeks she gained more and more confidence in her new digs. Now, it’s hard to believe that was ever the case! This former New Yorker loves to chat, play with her toy mouse, bring us toys as gifts, eat treats, and will lay in our laps all day long. Maria is not as into the outdoors as her flatmate, but she will explore every corner of the apartment to find the most comfortable places to snooze. Now that we have our Christmas tree up, she is often sitting under there among the presents. 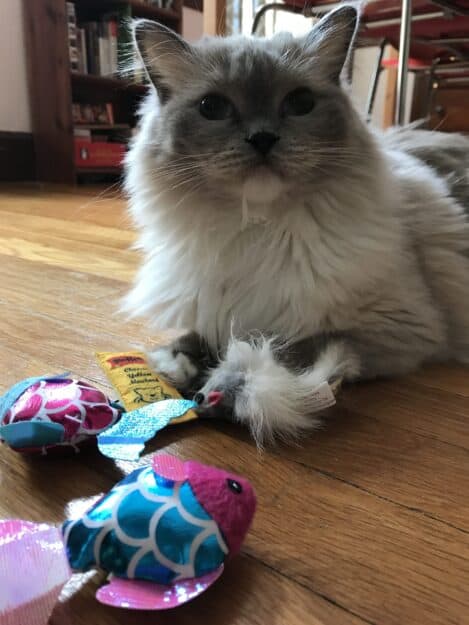 We are so lucky to have these two animated felines in our lives!