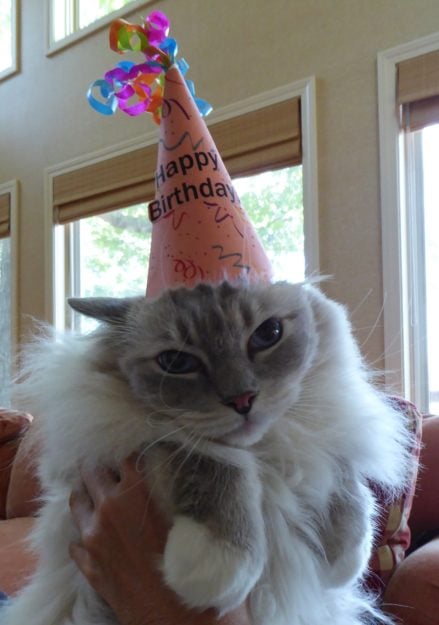 When I was pondering what I would say about my Chiggy in this post, I first thought of my dad who always asks me if I have another cat other than Charlie (because Chiggy always hides when people he doesn't know come over). I always think it's so ironic because I have so many people in my personal life that don't know Chiggy or just think he is a scaredy cat - and then this WHOLE BUNCH of people on the Internet that adore him. A weird juxtaposition. However, he would still hide even if all the people from the Internet came to see him. 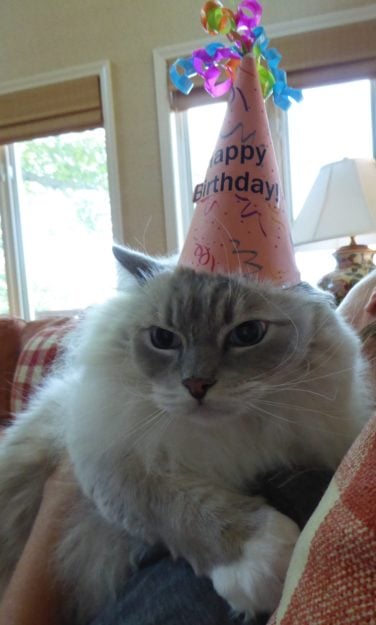 Chiggy is unlike any cat I have ever had. He is funny, quirky, shy, weird, and just Chiggy. He is a great challenge to me as well - although he is a very easy cat - does not demand my attention and eats whatever I offer him, he is a challenge because he will be scared of me sometimes for no reason whatsoever. I am still "learning" how to approach him so he trusts me entirely.

The reason I have Charlie is because of Chiggy - eventhough Chiggy was born after Charlie, Chiggy is the reason I was following their breeder's website - Soulmate Ragdolls in 2009. When Rags passed, I wanted a cat that was biologically related to him. However, I never knew Rags' mother's name - only his father. So I went on a mad search to find breeding Ragdoll cats that were related to Rags. Soulmate Ragdolls had a king and a queen who were related to Rags - so I started watching their website, as well as many other websites with breeding cats related to Rags. When it comes to adopting a kitten from a breeder, I am not personally afan of putting down a deposit because a kitten "has to speak to me" for me to know it's mine.  I HAVE TO SEE IT'S PHOTO. So I just checked a handful of websites with breeding cats that were related to Rags for months to see if a kitten would pop up that I would be interested in - feel a soul connection with. 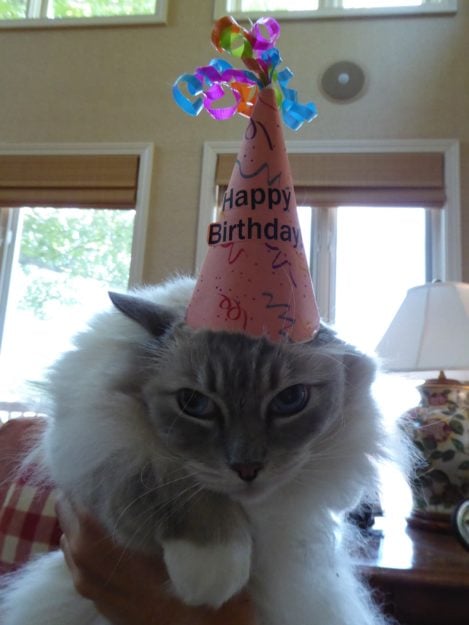 One evening when I was in Albuquerque, I went to Soulmate Ragdolls' website and saw Charlie's face starring back and me - and just knew. I just knew he was my cat - but he wasn't related to Rags. So I emailed Lora, the breeder, and asked her if either one of her breeding cats related to Rags had had a litter too. She said her Truly had - and there were two boys - Trigg and his brother. His brother is also a blue lynx, but without mitts. Lora asked if I preferred one over the other, and I said that I didn't - so she let the other lady make the decision - and I got Chiggy. I am glad I did - I do love his mitts - his front mitts are perfect like Rags' were. And Chiggy's coat is similar to Rags - not in color, of course, but in texture, depth, etc.  I had always planned on getting two male kittens when Rags passed - but didn't really plan on how it worked out.  But, I am glad it did.

Also, Trigg is the first ever blue lynx in our family.  My mom, who has always been a fan of seal mitted, now thinks blue lynx is the best color pattern because of Trigg.  And that was the weird thing about Chiggy's adoption - I didn't care about his color pattern at all.  I just wanted him to be a male, as I tend to prefer male cats.  So I definitely didn't choose his color pattern - but do think he is a very handsome guy.

Trigg has many names - and he knows them all. 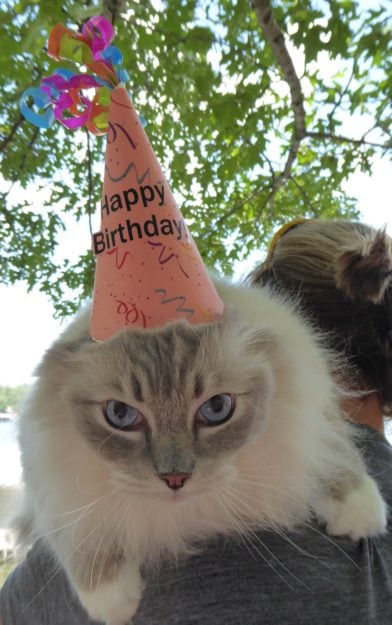 One of the best things about Chiggy is that he lets me force snuggle him and he's rather tolerant of the length of time I want to do it.

He is also a little snuggle bunny.  Many of you have seen the videos on our social media channels or on YouTube of Chiggy snuggling.  If I sleep in or am up late at night watching TV, he will fly on the bed and walk totally confidently towards me to come and snuggle by my face.  It really is cute - but here's the thing - it's Chigg - he does it when he wants to.  I have no control over it and can't figure out his pattern.  Sometimes he won't do it for weeks and then he wants to do it daily.  It's so random, I can't keep track.  I started calling it "snuggle pussin'" when he did it - so now, SOMETIMES he will come if I say, "snuggle pussin!".

As you know, I let my cats outside in my fenced in backyard.  Trigg never has tried to escape - he's totally content just sitting under the hostas or other short bushes in my yard and enjoying the scenery.  That is like my Rags.  Charlie, on the other hand, has to walk the perimeter of the yard and is always on the move.  I wish Charlie would settle down like Chiggy does.

I mentioned this in the post I wrote about Charlie on his birthday - but I am pretty sure this in my first life with Chiggy.  We are still learning to understand one another completely.  We will get there, I am sure of it - but not sure how long it will take. 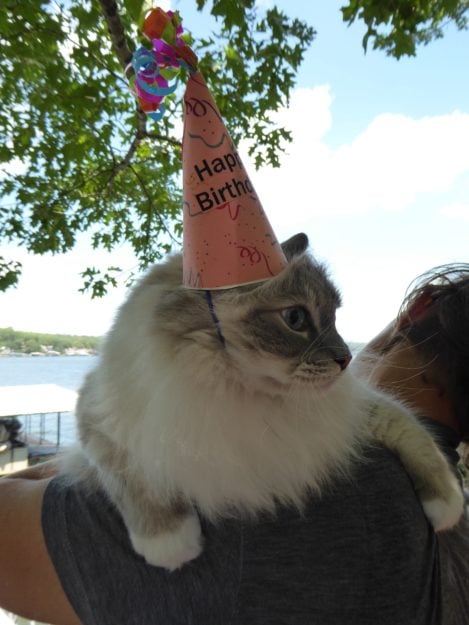 Happy 8th Birthday to my Chiggy - I hope he is around for many, many more.