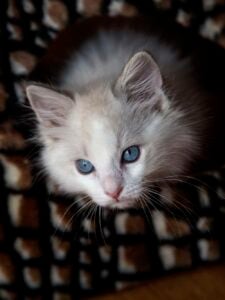 My husband and I picked Gus from a breeder the end of December 2012 after our 8.5 year old cat Sangha was diagnosed with squamous cell carcinoma and we had made the sad decision to put him down. (Sangha was a mixed breed shelter cat who looked just like a seal point ragdoll). It was the hardest couple of months of my life but I had wanted a ragdoll ever since I saw one as a pet store cat when I was a little girl. I also knew that getting a kitten would help us heal from the loss of our beloved boy. If it wasn’t for him, I don’t think I would have been able to get past losing Sangha.Gus was a spunky little guy of 8 weeks old when we brought him home. I’m not going to name the breeder here (though feel free to contact for more info), but I wouldn’t recommend them. It turned out to be a pretty bad experience getting him from them. They gave him his shots too young, pushed us to declaw him (which we didn’t), neutered him awfully early (it was done before we took him home) and they obviously let us take him home too early. He also had remnants of ear mite dirt in his ears when he had his vet check. I won’t go into the rest but I learned my lesson. I thought I did 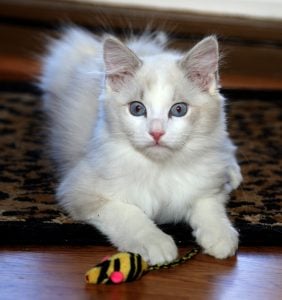 good research but I guess not. Of course, I don’t regret getting him though because I love him so much.Gus is two now, born November 3, 2012 and weighing in around 14.5 lbs. If he hadn’t been born before Sangha passed away, I could have sworn he was him reincarnated because they turned out to be so similar, except that Gus is no pushover! I thought he needed a nice sophisticated name like Dimitri or Alexander, but somehow he ended up Gus like in Cinderella. I think it fits. He loves to play with our other two cats, Brook and Rogue. He loves to follow me around the house and sleeps on my pillow at the beginning of the night, but disappears in the middle of the night to under the bed. His favorite toy is his Neko Flies wand. He played fetch as a kitten, though he doesn’t do that anymore sadly. He enjoys cat nip and gazing out the window. I do photography and he’s a ham for the camera. He’s amazing.Gus’s definitely a tree dwelling cat, spending much of his time on the cat tree or the wall climbers. To his dismay, he is not currently allowed on the cat tree because of undergoing major surgery. While playing he pulled his leg and we ended up at the emergency vet where it turned out he had a fractured hip. I guess it’s a fairly common condition in larger male cats. So he’s healing from that now. After several weeks of downtime, he’s back in bed with us and starting to play again more. But definitely not ready for the tree yet. I hope that Gus will stick around for a very long time with us because he’s a joy and I enjoy his company very much. 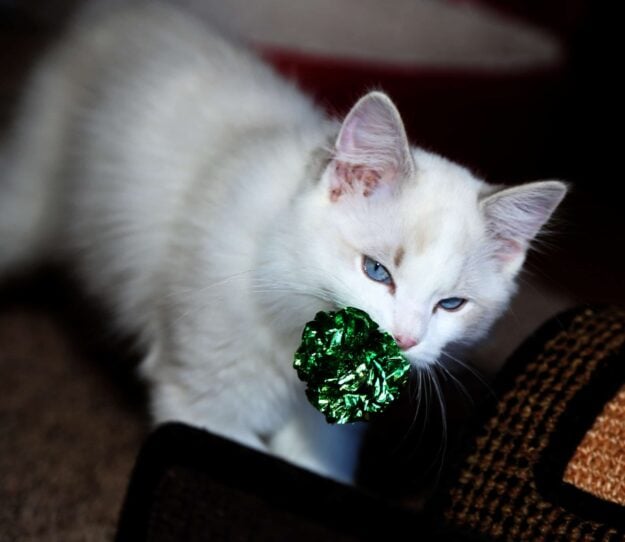 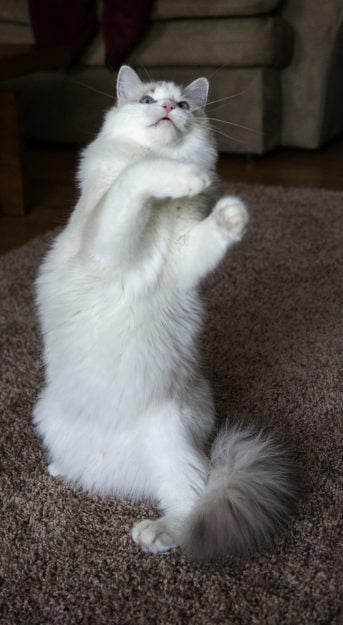 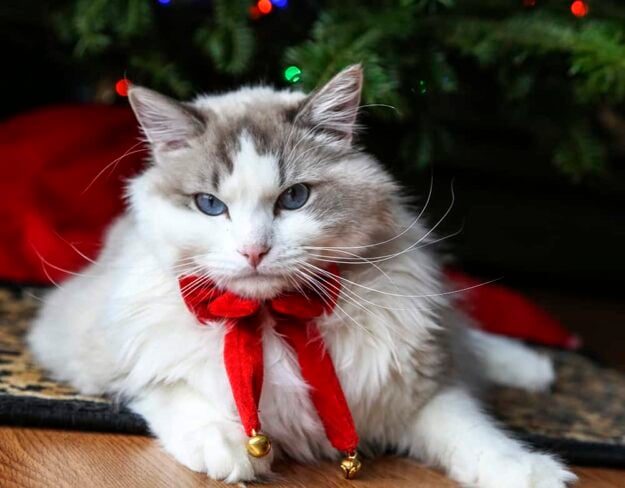 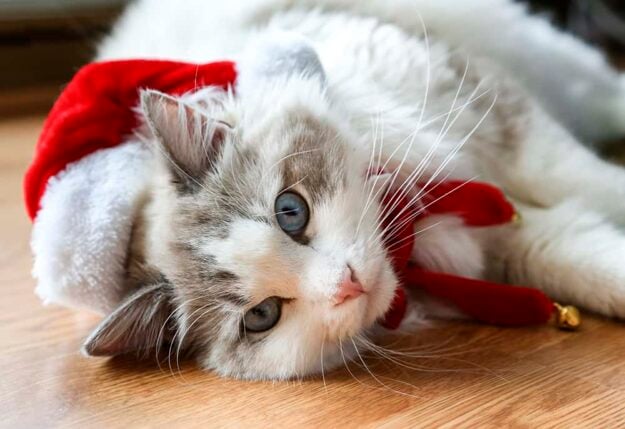 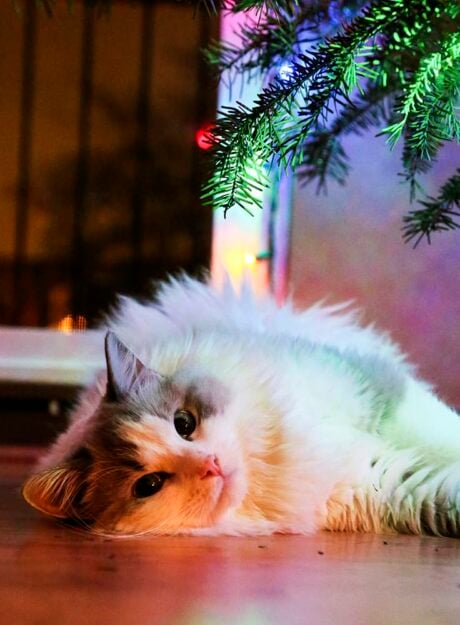