This story begins with a personal tragedy. My two boys (non-Ragdolls) of 12 and 16 years died within 1 week of each other. Jinx, the oldest, was healthy as far as I knew. He always ate, he was interested in us, he played with his brother. 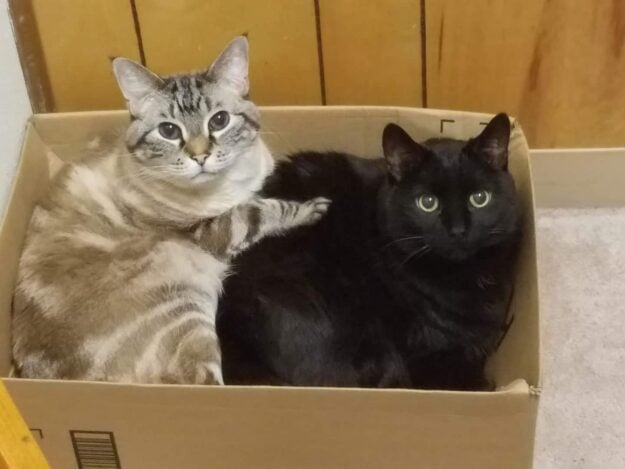 On January 17, I noticed that he was breathing weird. He didn’t eat more than a bite of food (this never happened) and I could hear wheezing in his chest. Since it was night and I had to work in the morning, I called and arranged to have my sister take him to the vet. I assumed he had a cold or something. Although, I hoped it wasn’t anything worse.

I went to work in the morning and the vet called and asked if I approved x-rays, which of course I did. My sister stayed with him. Five minutes later I got a call saying he had passed. They assumed from the x-ray it was congestive heart failure. He never showed any symptoms before this time. The shock was bad. Mostly because we thought he was the healthy one.

His brother Raz had kidney failure and had just gone in to the vet a week before this for us to be told he was in end stage renal failure, and it was a matter of days. He was sad and looked for Jinx, but he only had a week left as things worked out and then we had no more fuzzy boys.

We didn’t want another pet for a long time.

Meanwhile, my niece was plotting to find me a kitten. Raz was an American Bobtail.

We liked his dog-like personality. He was interested in what we did, liked people and other animals, and liked to cuddle. She found another breed that had similar characteristics. The Ragdoll. My niece wanted to get us a kitten.

We did not want a kitten. We work all day and aren’t home much so we didn’t have time for a kitten. The other issue with getting a new kitty is that we live in the Arctic.

Not just along the bottom, but at the very top of the world in Barrow, AK the northernmost US town. To get a kitty would involve at least one plane ride for the animal. 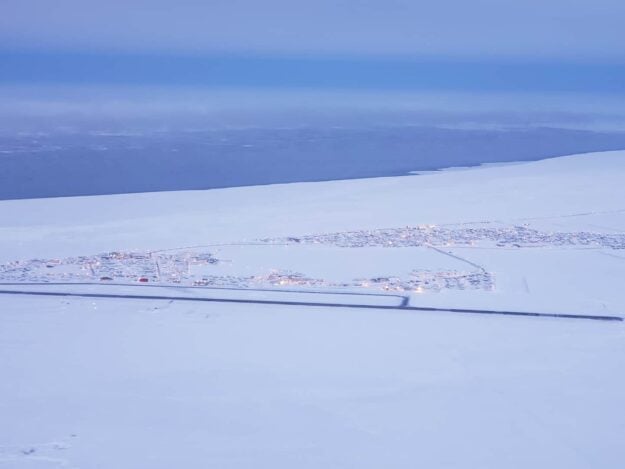 So even though we weren’t quite ready, she couldn’t stand it and found one.

We liked the Ragdoll breed from its breed descriptions, so when we saw the pictures on a for sale post on Alaska’s List, we knew we had to have him. He wasn’t a little kitten; he was a 10-month-old to a year-old kitten. 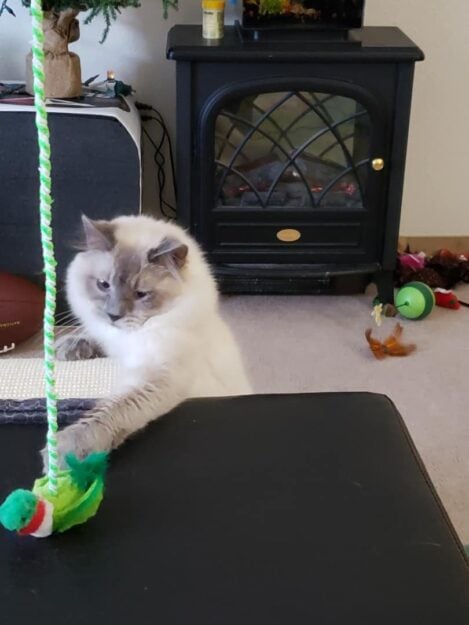 I called the lady. He was from a home (from what I could tell) of a ex-breeder who was down on her luck. He hadn’t had any shots, he hadn’t been neutered, he had ear mites, and he had a clogged eye duct so his eye was swollen and draining. 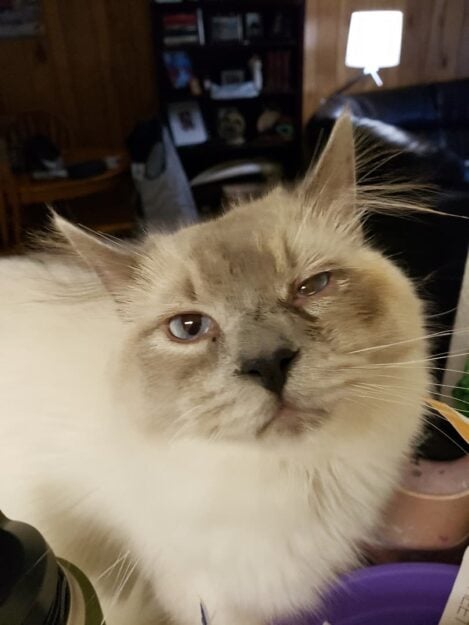 I hemmed and hawed. How could I be sure he was healthy? He already had health issues. I couldn’t lose another cat so soon!

But I loved his pics. So, I flew to Anchorage. I was supposed to meet the lady in the parking lot of the Wasilla Walmart at 10 am (I had to catch the flight out at 2 pm and it was an hour drive both ways).

I was there about 15 minutes early. I texted the lady to describe my car and where I was parked. I ran in to use the bathroom. She texted back. “Sorry, I just got up, I can’t make it until noon or later.” I have to say, my heart sank.

Luckily, this was the weekend of the big storms in the Northwest, and several Alaska Airlines flights routed from Seattle and Portland were delayed. Mine was delayed by 2 hours. I told the lady to hurry, I needed to catch a plane, and settled in to wait in the car and hope she really wasn’t backing out.

She needed the money.

My heart was hammering when she pulled up. She handed him to me, and I got to feel that famous Ragdoll love for the first time. It was glorious. I held him for a while before I had to stuff him in his carrier and leave. I worried he’d be stressed or scream the whole way since he was leaving his family and going on a bit of a scary journey. 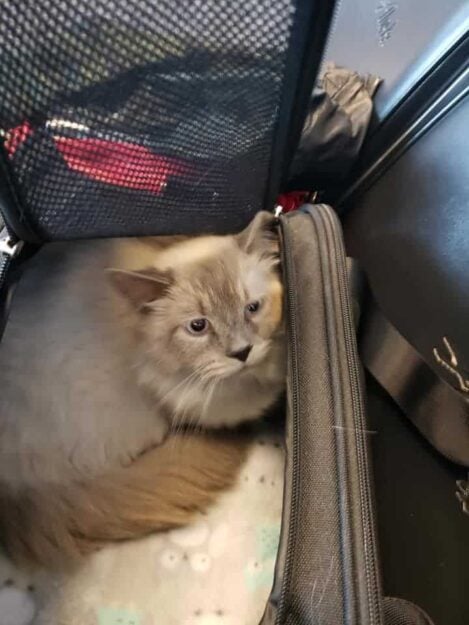 He seemed a little anxious, but he settled in like a champ. I petted him off and on through the carrier top, and he responded by reaching up to my hand and purring. He actually seemed to enjoy the ride! He got a little scared in the airport, because he was trembling, but on the plane, he was quiet, and he even fell asleep. 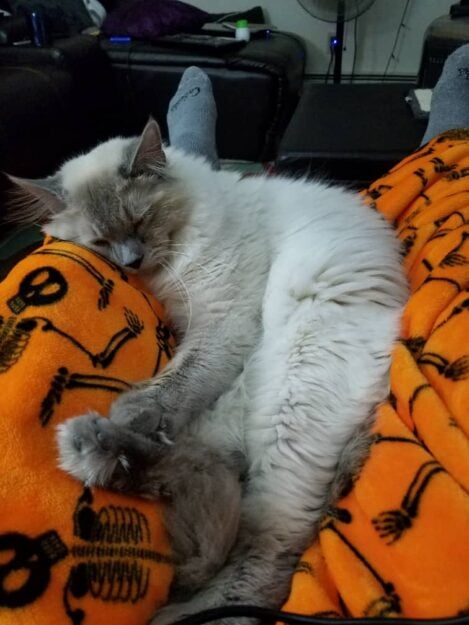 He made it home, and was immediately adjusted. He explored, but then he kicked it on the couch like a pro. Now, my sweet guy wakes me up every day with soft kitty loves and Ragdoll kisses! I love my Gus! 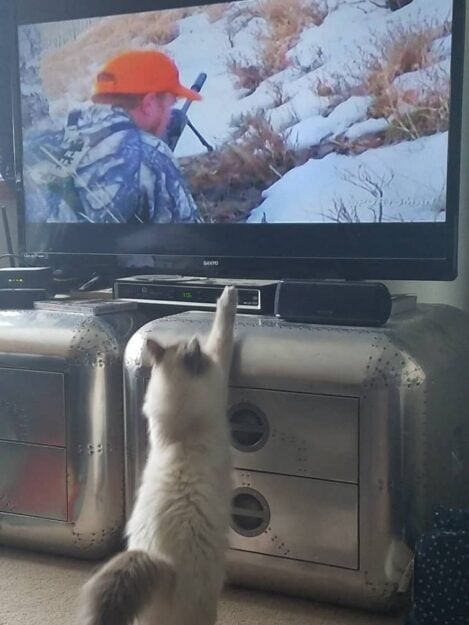 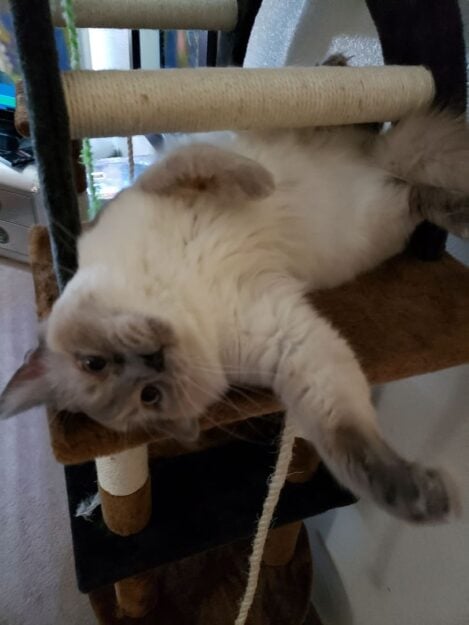 Gus is so precious and loved he has a blog. Come see us and learn about his adventures! https://gustheragdoll.blogspot.com

3 thoughts on “Gus – Ragdoll of the Week”