Galen – Ragdoll of the Week 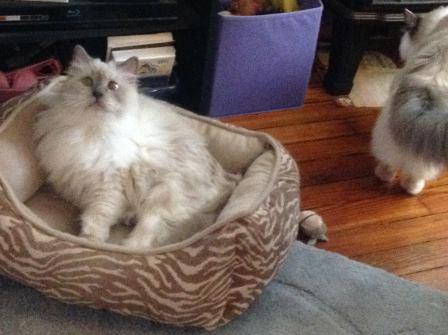 My first Ragdoll I got in 1996, Frankie, (ol blue eyes)was a seal mitted, he lived 16 years. Today, I have 3 cats, 2 Ragdolls and a Maine Coon. LittleE and Rocky are 13, but I am writing today about the old guy 15 year old Galen. Please, don’t get cats around the same age, they all get old together, you need a youngster in the mix. Galen was born on June 1, 2000, he is an 18 lb. very rare Lilac point Ragdoll. He was born to be a breeder cat for Medieval Ragdolls in Bethlehem PA. His name is from medieval times for the cattery theme. Connie Harvey of Medieval Ragdolls, is a wonderful caring breeder. she recently stopped breeding due to the death of her prized Ragdoll named Emporio. My other Ragdoll LittleE is a son of Emporio(hence his name,LittleE). Galen and Emporio were buddies in the breeding room. Galen did his job for 2 years. Connie,the great breeder that she is, didn’t think he enjoyed this job so she asked me if i wanted to adopt Galen. I didn’t have to think twice, he is a beautiful cat. So i got him at 2 1/2 years old,which was traumatizing to him because he spent a year of his life in a cage most of the time and he missed his buddy. it took awhile to acclimate him to being free everyday, around humans mostly, because he loves being with other cats. We don’t think of this when we want a pedigree animal what the animal parents go through, but Galen has had a wonderful life here with us, since his breeding days ended. 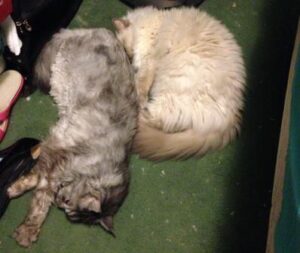 Galen loves my Maine Coon Cat ..Rocky. He follows him everywhere. Rocky is like his bossy father, cleans him, hugs him, scolds him. Galen will play with my other Ragdoll LittleE but not as much as with Rock. Even though Galen is older than LittleE and Rocky, when Galen joined us they both were kittens and here before him.

Galen developed diabetes at 13 years old, he was started on insulin. He did very well on insulin. I searched the internet on feline diabetes. Diabetes is a new disease in cats, it started when cats were given dry foods to eat instead of canned. i am 59 years old and my childhood pet ate only canned food. 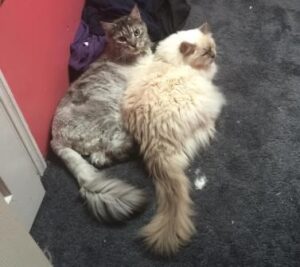 Companies didn’t even sell dry cat food in the 60’s. i stopped all dry food and only fed them canned meat and he became sugar free so to speak. He still looked for dry food everyday, he missed his dry food, so did the other two. i searched the internet again for dry foods. i found an all meat dry food. The name of the dry food i feed all 3 cats is, “Young Again- Zero Mature Health”.As stated on the Young Again website…”in many cases feline diabetes can be prevented, effectively treated and even reversed with diet and lifestyle changes. Feeding a proper carnivore diet like Young Again Zero Premium High Protein Cat Food can help your pre-diabetic or diabetic cat avoid starch and plant proteins by giving her a carnivore-based alternative to traditionally prescribed cat foods.” The dry food is free feeding and they still get canned food twice a day also. This has worked well for my guys. Here is the website for more information. I have nothing to do with this company, just a customer every 5 weeks.

Galen is big cat, my husband constantly talks about the size of his paws when he plays with his shoe laces. He is lovable,but not a lap cat. He is very skiddish around family. He meows when he wants something. He will hide on holidays.i think,my opinion only, he is this way because of him being a breeder cat, not a fault, just his personality now. 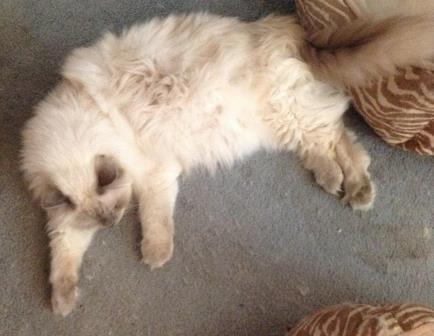 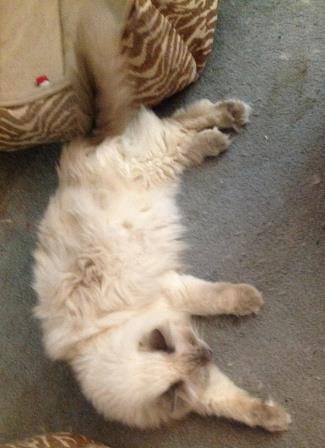 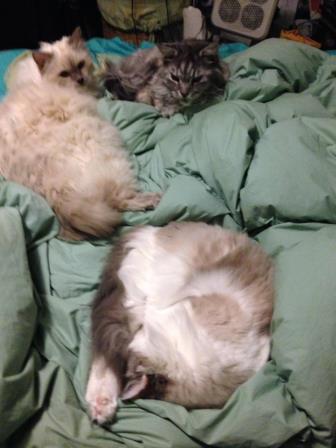 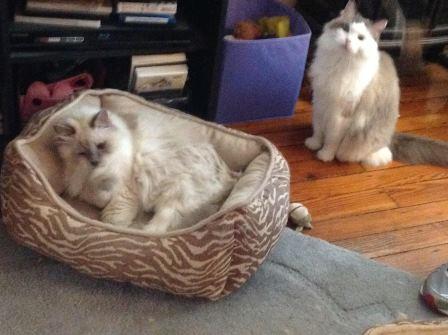 11 thoughts on “Galen – Ragdoll of the Week”