Our story of Flynn has a sad beginning.

We used to have two Ragdolls, half-brothers, named Otto and Pasha. They were inseparable. Otto was a gentle soul with such a tiny meow for a big 15-pound boy. Pasha was a kitten at the time, bold and playful. One day, Otto escaped from our home and got hit by a car. We were shocked and devastated. How could someone have missed such a big white cat, especially in our calm street?

We let Pasha sniff Otto’s body, so maybe he could understand why his buddy would no longer be around. We all mourned together after this sudden and inexplicable event.

We soon had some discussions at home. On one hand, we felt there was no way to replace our beloved Otto and no use in trying. But when it came to Pasha, we felt he needed some kitty company. After all, he had never been the only cat in a household. At first he had the company of his siblings at the breeder and after that he had Otto. So we contacted our friend and breeder Froni (of Ragdoll Cattery Quattro in Belgium) and asked for her advice.

Froni didn’t have any kittens at the time, but she did have some other news. Troy, one of her breeding males, father to both Otto and Pasha, would soon retire. However, he did have a litter at another breeder called Cirodolls in the Netherlands. Those kittens were now 11 weeks old and one of them was still available. We received a photo, a white little ball of fluff with a hint of red. A feisty flame bicolor boy, we were told. Immediately, we planned our visit to the Netherlands.

He was a dream. Immediately at ease with us -purring in our lap and rolling around- he won our hearts in seconds. The fact that he would also be Pasha’s half-brother was an extra bonus. We made arrangements to pick him up on our next visit.

We spent hours choosing a name. We wanted something that referred to his flame colors, and many options were considered (Ginger, Cayenne, etc.). Then we found the name Flynn, which we thought was beautiful and means something along the lines of ‘the red-haired one’. And so it was decided. 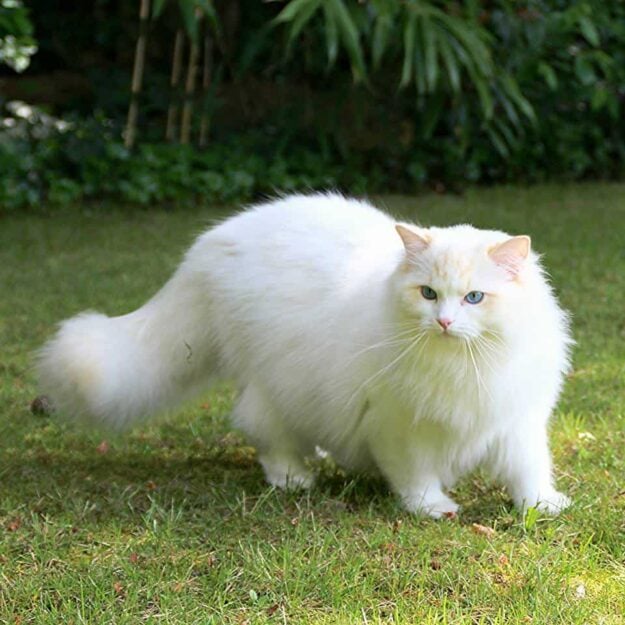 The first meeting between Flynn and Pasha was a little tense, but they were soon best pals. Pasha was very protective of Flynn in the beginning, grabbing his neck when he was too adventurous (such as playing on the stairs). But this behavior soon subsided. Now they are always together.

Flynn has a very long-haired coat with a soft fine texture that knots quite easily. Luckily, he loves getting brushed. His red colors are starting to show nicely. He is a fearless and adventurous little fellow who is friendly even to strangers (although he doesn’t like the sound of rattling keys). We can no longer imagine our lives without him. He likes to participate in any family gatherings by lying on the middle of the table or stealing someone’s seat the second they get up. He also gets a little jealous whenever Pasha is getting attention and comes running to see what he’s missing.

Today (story written July 8), Flynn has turned one year old, and what better way to celebrate than being Ragdoll of the month! Happy birthday, Flynn! 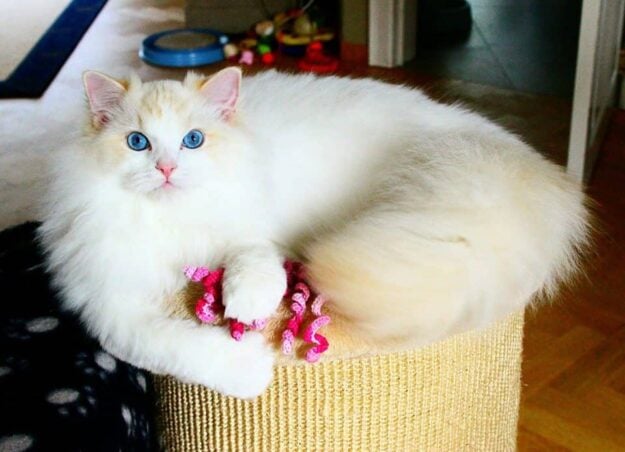 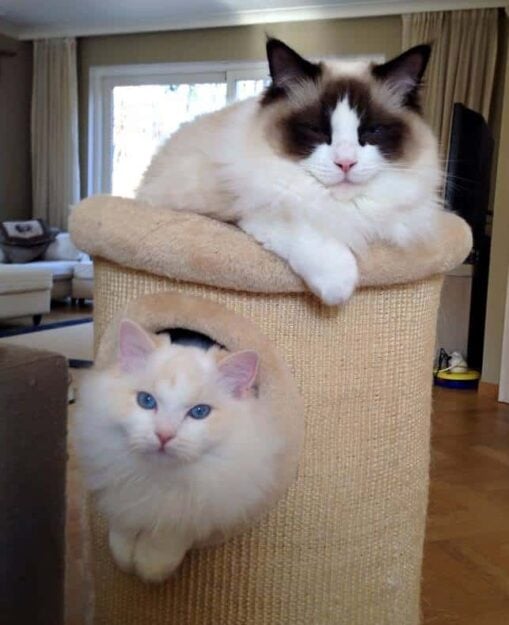 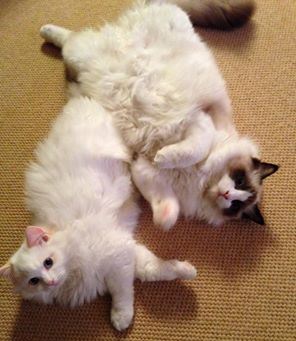 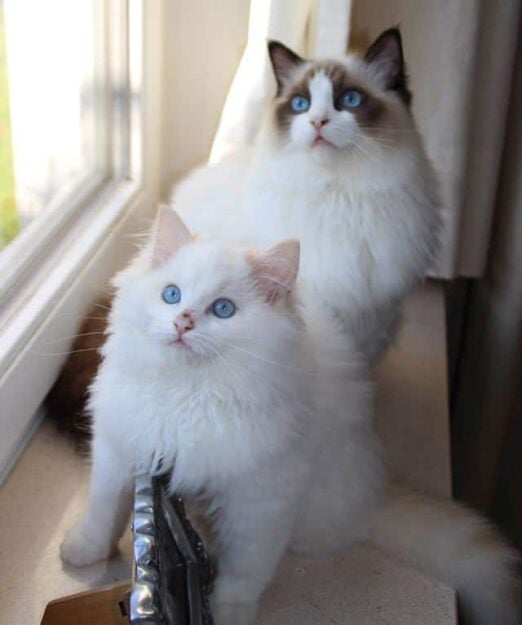 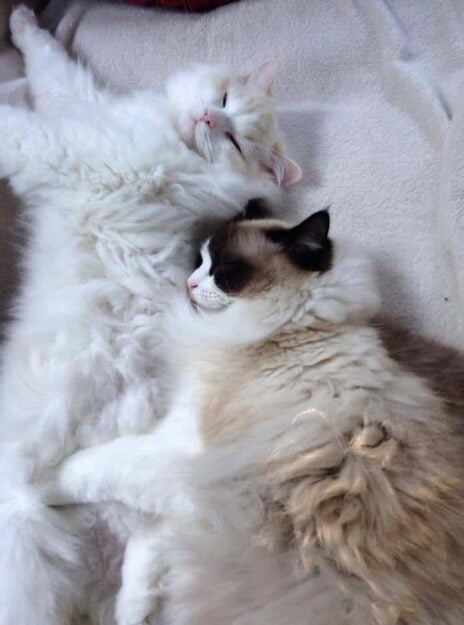 7 thoughts on “Flynn – Ragdoll of the Week”