Diego - a Seal Bicolor Ragdoll Cat Who Was Rehomed 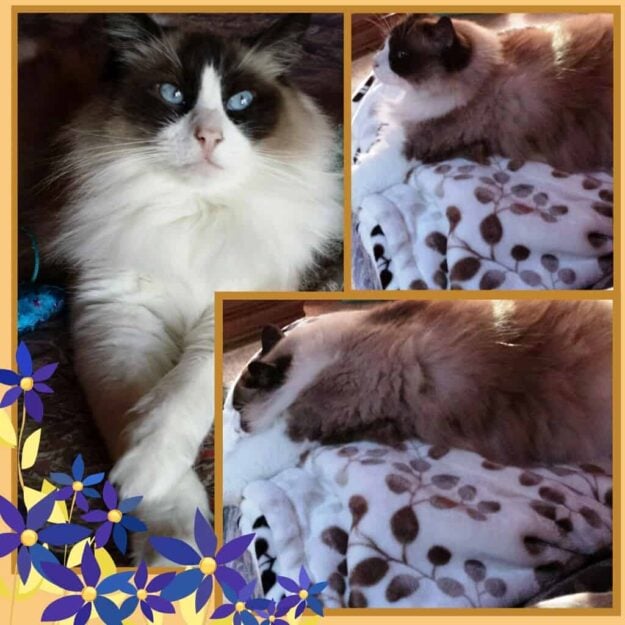 Diego is a Seal Bicolor male, and I remember the day I first saw my Ragdoll Diego.  I had a Tabby cat named Mulligan that I adored and he got lost one day so I had posted his picture in the lost section of a free website.  I was checking the website one day and came across this beautiful picture of a Ragdoll named Benson.  I thought there was a typo because he was available from a private party for $50.00!! 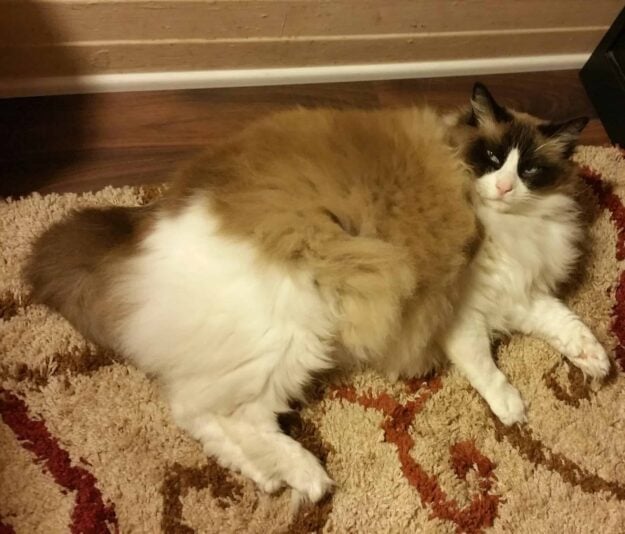 I had never owned a Ragdoll before but had heard about them from a friend.  I immediately emailed the owners of Benson and asked if he was still available.  We corresponded back and forth and we agreed that we would meet that weekend at their home in San Diego to see about possibly rehoming Benson.  I recall it was the weekend of basketball playoffs, and I dragged my husband for the 2-hour drive kicking and screaming LOL!! 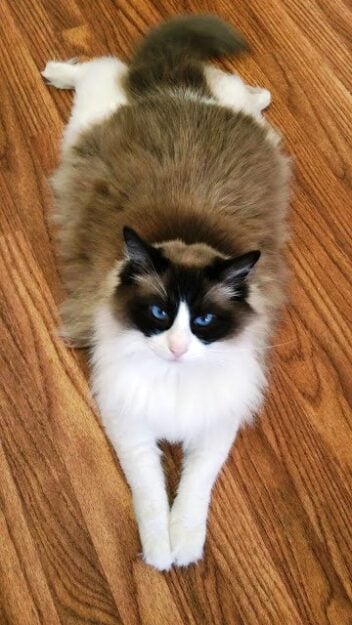 When we arrived the owners  welcomed us into their home, and I remember they had 2 large dogs of which 1 was a black standard poodle named Wexel and the other dog was even larger then him.  Benson ran upstairs and hid under their bed and one of the owners  finally was able to bring him down but he was not happy.  His owners were wonderful animal lovers and told me the reason for rehoming Benson was because he just didn’t do well in their home with the dogs and probably needed to be in a home with other cats. 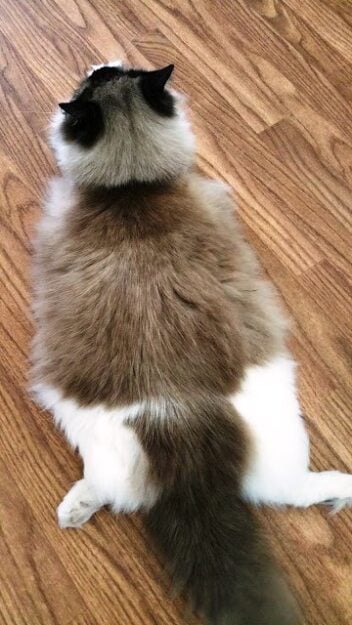 They didn’t want to have to put him thru the stress of sending him up north to the breeder that he came from and was hoping to find him a home here instead.  I paid the rehoming fee of $50.00 which I still couldn’t believe and brought him home. 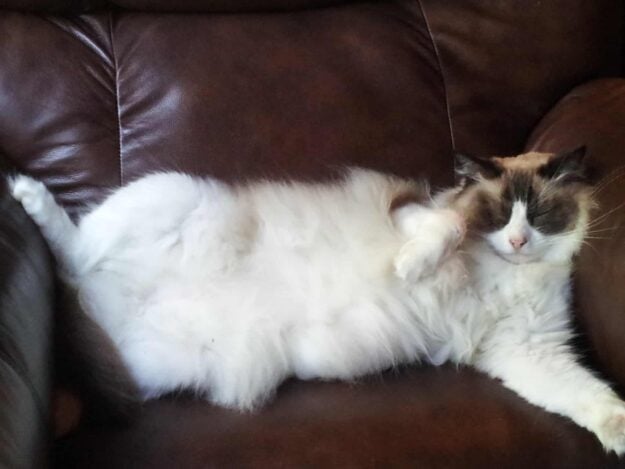 I renamed him Diego because I got him from San Diego and thought it suited him.  He was very frightened when I set him free in our home and he hid under our bed for days, the only time he left was to use the litter box so I would slide his food and water underneath the bed to be sure he was eating.

About a week later he started coming out and this is when he became more at ease, it was a very slow process but eventually he let me pet him and finally I was able to pick him up without resistance. 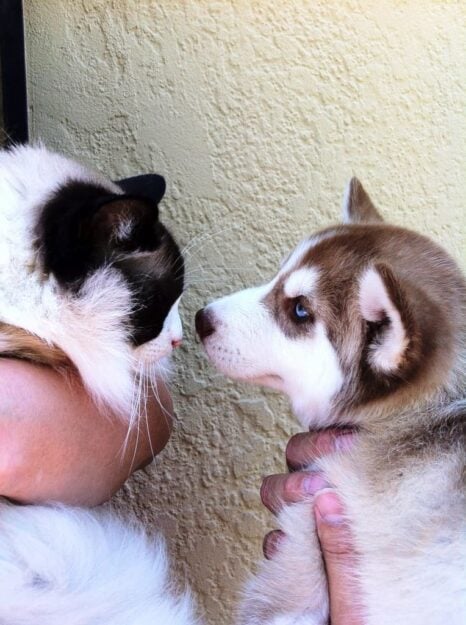 Diego was 10 months old when we brought him home and now he is 8 years old.  I don’t know where the time has gone but today he is healthy and happy and I couldn’t love any animal more then I love Diego.  When I come home from work he’s waiting for me at the door and sleeps with me at night.

When I had surgery my husband would bring Diego to me saying “here’s your medicine” and that was truly what he was and still is.  There is something so calming about these beautiful, large cats that is like no other.  When I’m in the kitchen cooking Diego is right there laying on the floor he follows me everywhere.  There are days when he lets me know that he wants to sit by the window on his perch, he is a pretty large cat so I have to lift him up there because he cannot jump anymore (or maybe he’s just lazy) who knows. 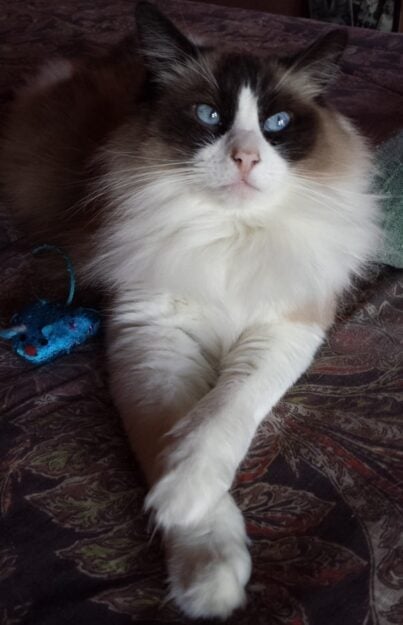 All I know is that Diego was meant to be with me I believe it was fate that day that I happened to look for my lost cat Mulligan and found Diego instead.  Mulligan never returned and I always wonder what happened to him but I did get a wonderful surprise the day I drove to San Diego to meet Diego aka Benson.