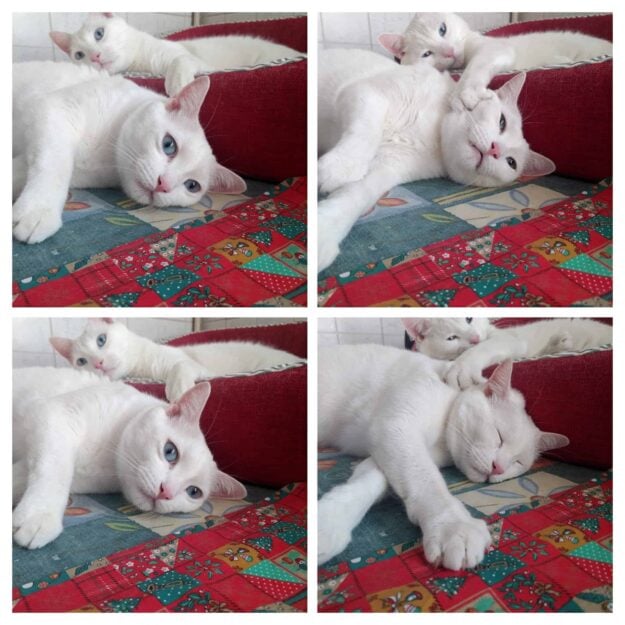 Now they are 5 years old and they are fine, but when I found them, they had only 30 days!

Let’s start from the beginning. 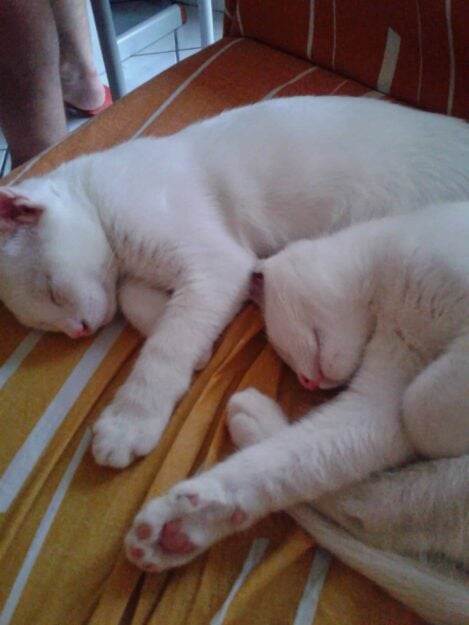 For many years I took care of a small colony of cats at my job. During the sterilization of one of the colony’s cats, the vet called me urgently telling me that the cat was nursing for a while, so there were kitties around! He also advised me to carry on the operation because later it would have been very difficult to catch the cat again. The mother was not fixed in my colony, but I often saw her coming from the tennis court next door, so I thought about going for a patrol, looking at every crevice, plant and every sort of possible refuge, calling and waiting for someone to show up, but nothing … this for 3 very long days!

I had lost all hope of finding them when the tennis owner called me in the late evening and told me he had found them!! My husband and I ran there: one had already retrieved them and kept him safe. We heard such a strong and powerful mewing that my husband and I looked at each other saying that that could not be the verse of a kitten, but of an adult cat!! Who had they taken??! We entered the room that apparently was empty and hidden behind a column was this tiny angry and frightened kitten!! 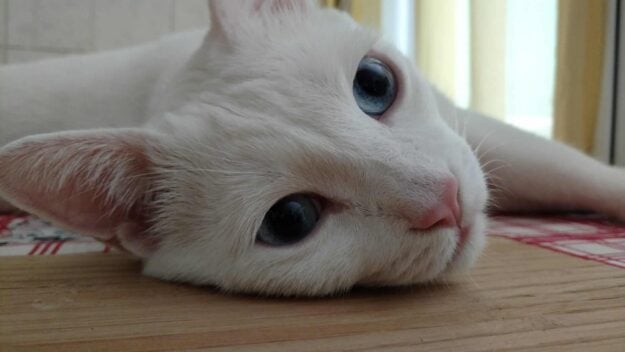 I immediately opened a jelly and put it in the carrier, so it was slightly quiet. While the other had slipped into a pipe and didn’t want to go out, very frightened. In the end we succeeded, mewing like desperate, from hunger and fear. As soon as we gathered them together, they calmed down immediately, devoured the food and from that day on they became part of our family. 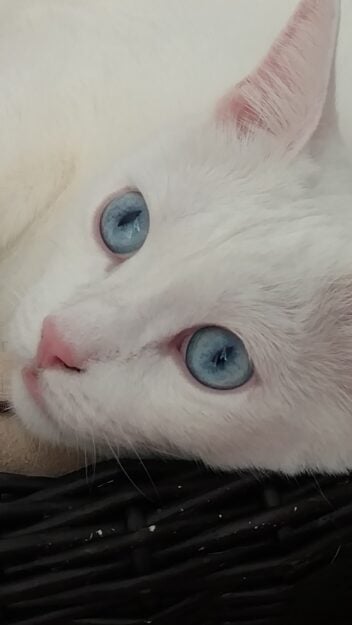 And I also understood why they didn’t answer my calls when I looked for them: they are completely white and with blue eyes, so like most albino cats – they are deaf! But I can assure you that they are very normal and very lively cats and this is confirmed by the names we have chosen for them, as real brats they are. The next day I took them to the vet for a check-up and they were not stopped for a moment so much that the vet assured me that one was male while the other one had failed to see well. We checked on it a few days later, even the second one was male. At first we wanted to call them Angel and Devil, because one seemed quieter than the other, in fact he slept practically for 24 hours, waking up just to eat, but I think he was exhausted from days gone by because he turned out for a while little devil, so the names came spontaneously. Even today, after 5 years, they are always big children, disrespectful to their sisters and playful. We love them, my husband has gone crazy for them.
Their mother was positive for the FIV, but the two of them are very healthy. 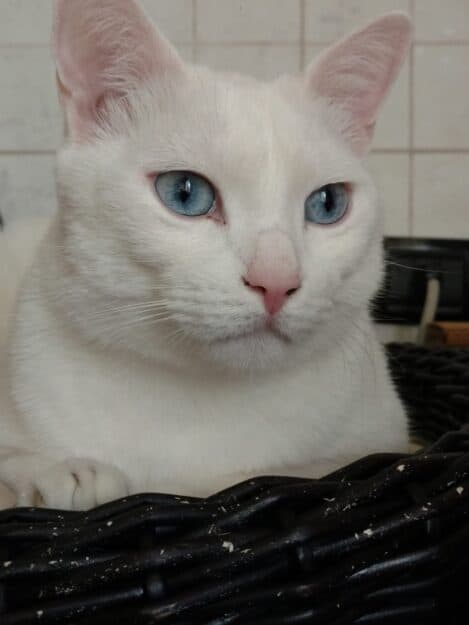 Unfortunately, I haven’t seen her for a long time now, I’m afraid something bad may have happened to her. I am convinced that she too would be happy to see that her children grew up healthy and strong and full of love, away from the dangers of the road. I’m sure they wouldn’t have had a long life if they stayed there, especially because of their deafness and also because Devil is a bit dumb, he doesn’t see the food until you put it under his nose! I hope you enjoyed reading this short story, by the way, we are in Italy. Thanks to all and love the cats, of all races and of all colors. 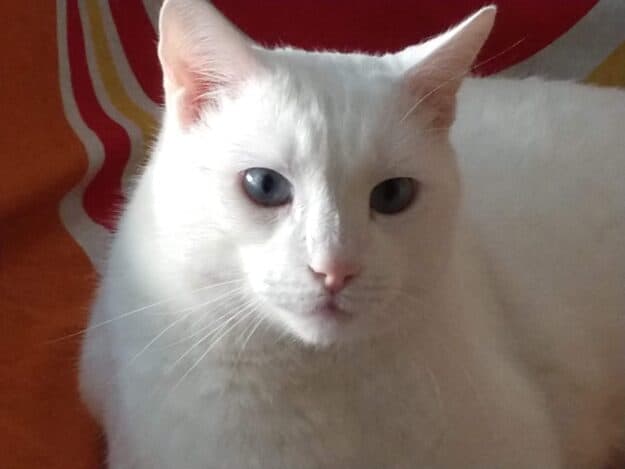 4 thoughts on “Demon and Devil – Floppycats of the Week”