One of my customer's brothers was a breeder. I was looking for a kitten but a vet tech had picked up an adult female in a dumpster. She couldn't keep it so I said I would take her. We had her for 11 years. She was the best. 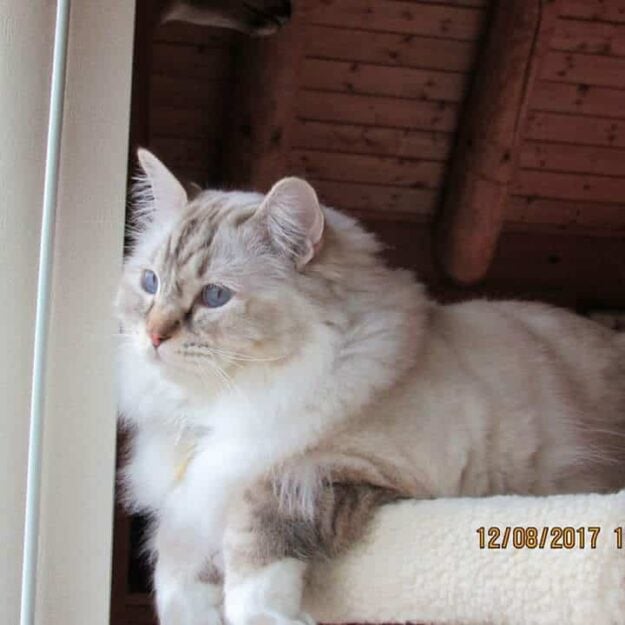 It took me around 18 months before I was ready to bring another cat into my life. So, I got in touch with the breeder, Ken Staples, Kasseldolls Ragdolls. He had some kittens that would be ready to adopt in a couple of weeks.

So, I went to his house and sat on his living room floor and let Cocoa, a chocolate lynx mitted, pick me. He is such a good kitty. When he was a kitten, he liked to stick his head in tissue boxes. To this day we have to put tissues in cupboards or closets because he will eat them. He doesn't get hairballs but instead gets tissue balls. 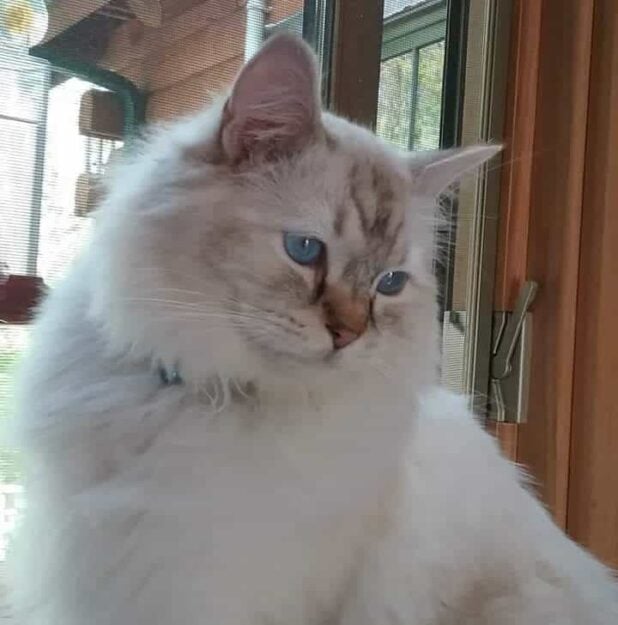 He is my boy. Doesn't have much to do with my hubby unless he has dark pants on. Then he has to rub his legs well to leave as much hair as possible.

He's a lover not a fighter. When his little sister goes after him, he just growls and walks away.

He sleeps in our bed usually under the covers next to my legs after he walks on my head. 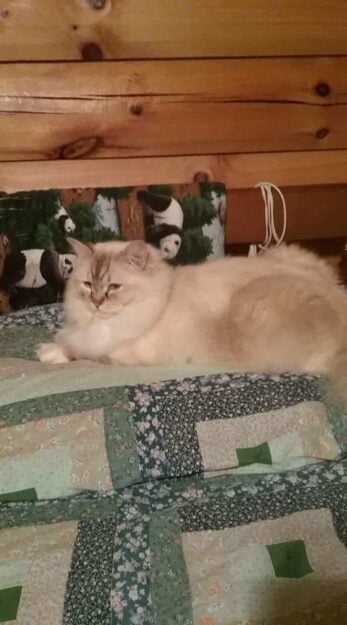 He's not an early riser. Hubby usually has to search around for the lump in the bed, grab him, close the door and take him down for breakfast. He's not food driven so he may or may not do it all. He has IBD so he's seen his share of doctors and had his share of tests in his 4 1/2 years. He loves to play especially after his sister goes to bed. He loves to play with the cheap little springs. He loses them and then they suddenly appear again. 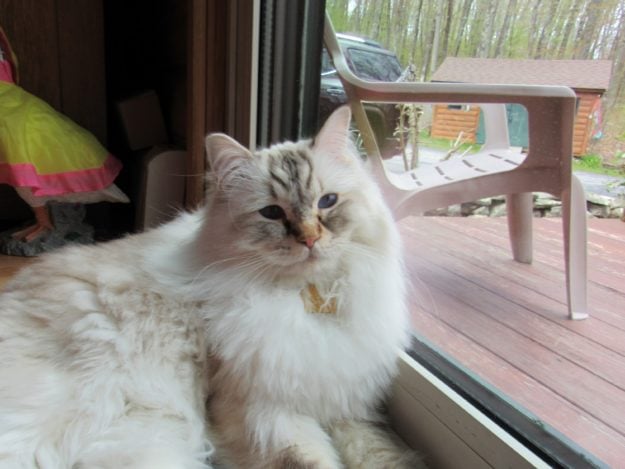 If anyone is looking for a Ragdoll do your research. Check out breeders before you buy. I live in Southern MA in the tri-state area, RI, CN, and MA. My breeder is the best. There are a few others in this area so if you are looking, get in touch with Kasseldolls. He only does a litter a year but he can point you in the right direction.

For Cocoa's IBD he's been on different vet foods. He just finished Ozone therapy treatment and is now having Acupuncture.  He gets Proviable, ion gut health, Atopica, Prednisolone and a new med last week called Colon Rescue that contains slippery elm and licorice. Knock on wood that seems to be helping.

You probably have heard of some of these treatments when Caymus was getting them.

We keep Cocoa groomed so he doesn't get any poop on his back side. He doesn't like to get a bath; he fights me tooth and nail. I think he knows I'm just trying to help him because 5 minutes later he's giving me kisses and jumping on my lap.  He is on my lap right now and slept with me last night. 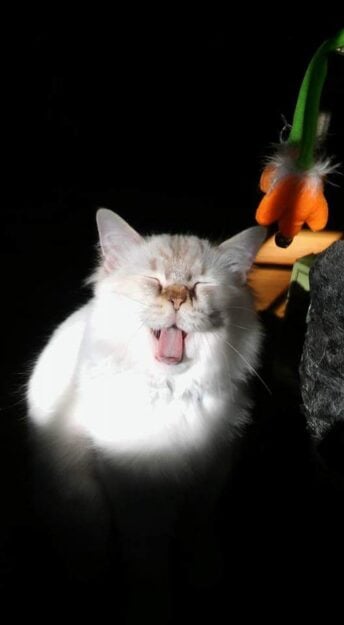 He has the most beautiful blue eyes. He hates to have his picture taken and looks the other way when he sees my phone or camera coming his way. I did buy a new camera because his eyes were red dots with my old camera. So, the pictures I am posting are pure luck.

We get a lot of our kitty products from Chewy.com of which Jenny has posted on her blog. They are a great company and their customer service goes above and beyond any I've ever worked with.