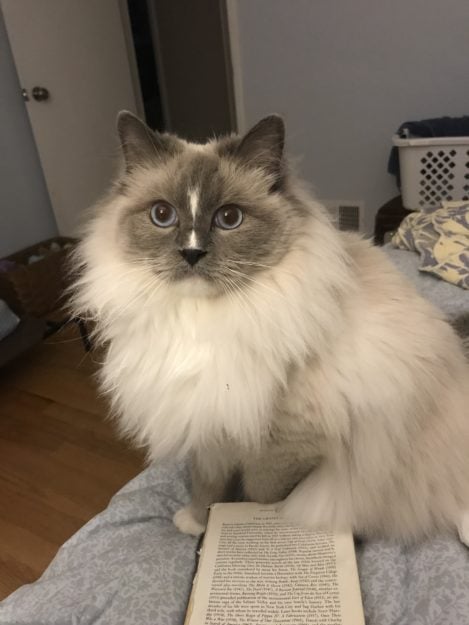 On a sunny day in July, I drove to Canada to pick up my first registered Ragdoll kitten. Years ago I had another cat that was a rag doll mix who looked like a rag doll and had the sweetest temperament. My previous cat lived 21 years and although his name was Mr.Perle, he had the nickname of Cloud. 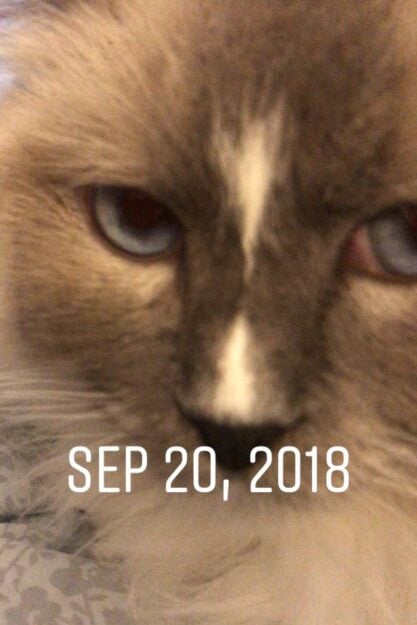 I knew that my new kitten would be named Cloud. When we saw Cloud for the first time and noticed the blaze of white on his nose we named him Cloudfeather. It seemed fitting in his native Quebec roots. 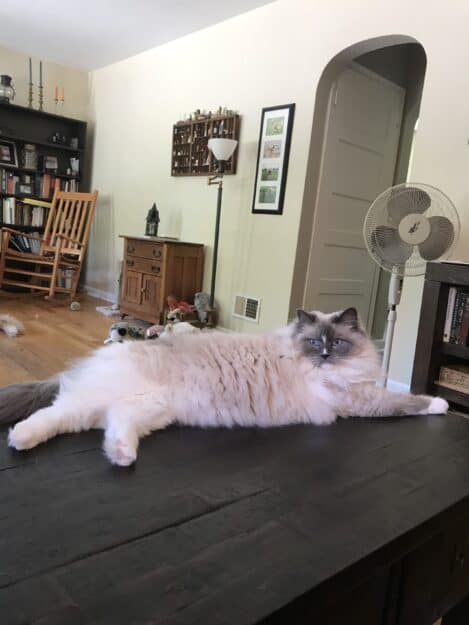 He was a tiny kitten that grew approximately a pound a month. He is now 18 pounds and 18 months old. 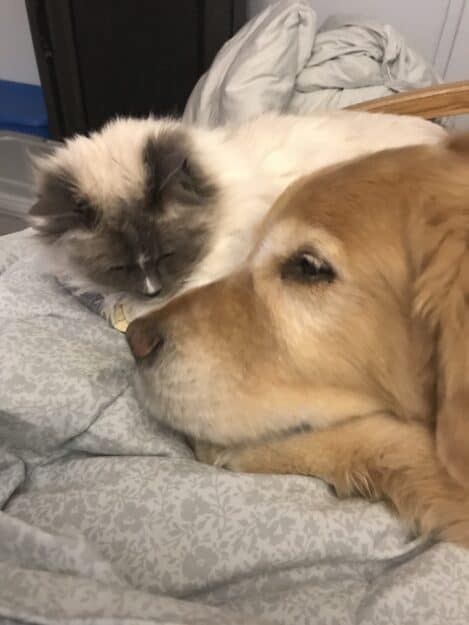 Cloudfeather was intent on making my golden retriever Parker adore him. However Parker was not impressed and usually walked away from Cloudfeather. However Parker eventually grew more tolerant of Clouds need to be close and now they sometimes sleep together with their back feet touching and facing each other. Parker goes out the backyard and plays and Cloud is not allowed outside but sits in a back window and meows loudly, not to be forgotten. I do believe Cloud wants to be a dog and finds the dog's life more exciting. Cloud is not allowed outside at all. He comes when called and has a puppy like attitude, just like most Ragdoll cats. 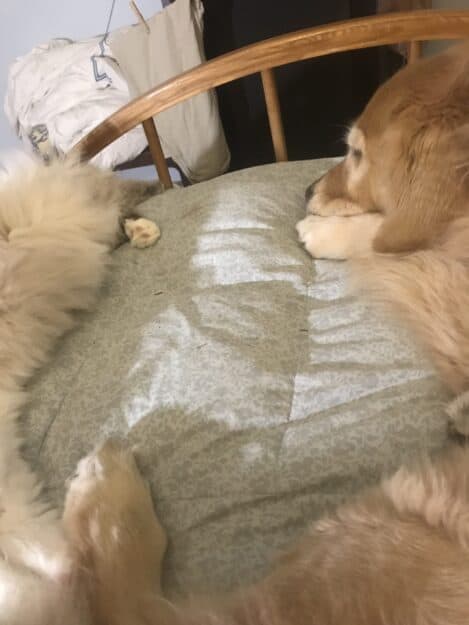 I got a Ragdoll because I knew the temperament would be easy on my dog. Parker has been very appreciative of Cloud's ability to climb into cupboards and throwing the bread and crackers down for Parker to devour. Cloud was a very hungry kitten and devoured all food. He seems to have slowed down lately and eats his cat food but not always finishing in record time as he did before. He was a ravenous kitten. 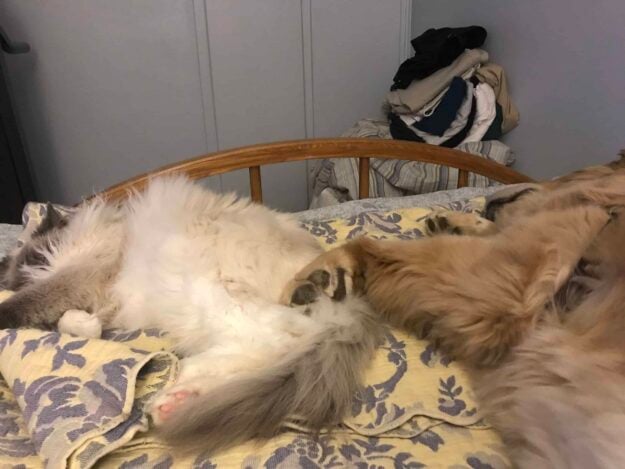 Sometimes Cloud gets a bit crazed and bites me, I have noticed that if I let out a sharp pitched cry he immediately stops. He also wants to dig up any potted plant and so far tin foil around the plant base helps a bit. Cloudfeather is deathly scared of the vacuum cleaner and scrambles out of the room and hides whenever I turn it on. Too bad there is so much fur between him and Parker cause vacuuming is a daily routine. Someday I hope to get a Roomba or some such vacuum but for now, it is a small job to take care of two furballs who are so full of ❤️ love.

I love when Cloud attacks Parker by jumping in the face and patting the sides with his paws. He also chases balls throughout the house and loves household items like straws and pens more than any fancy cat toy. He enjoys cuddles and purrs almost every night. In the morning he waits for me to wake up, sitting by my face and just staring at me, gently putting a paw near my face. I could not ask for a nicer wake up call. He is a dream cat and I am lucky to have him. As a kitten was a bit sloppy with his food and litter box and I am glad all that has passed. I was not aware how immature a kitten can be. Thank goodness he grew out of that stage and is very prim and proper. 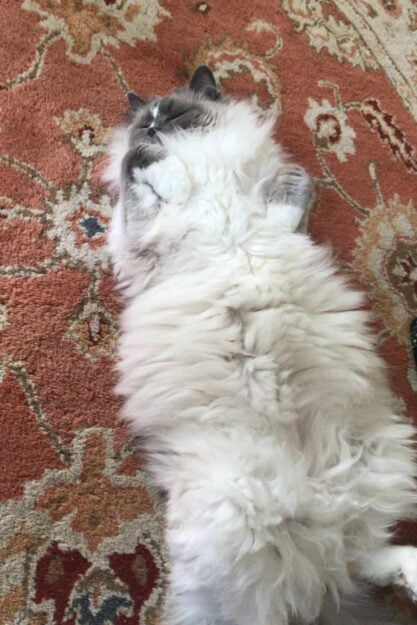 I am lucky that I have a dog and cat whom love each other and that was meant to be. 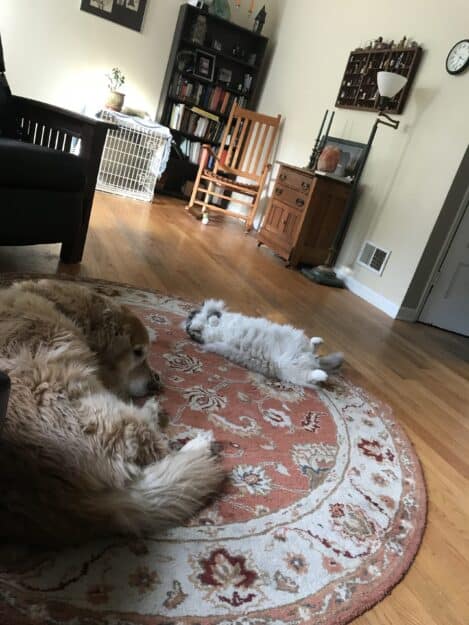