This is Clawdio. Aptly named after another furry monster with a great vocal range, Claudio Sanchez, from the band Coheed and Cambria. He loves to sing to us whenever we come home.

My boyfriend and I welcomed Clawdio into our San Francisco home in late January, after picking him up from “Adorable Dolls” Ragdolls in Roseville, CA. I’ve always been in love with the Ragdoll breed and dreamed about one day owning a Blue Bicolor Female kitten. However when we went to the breeder and saw Clawdio, we knew he was the one. He was bigger than his brothers and was the only one with the unique blaze down his nose. He is a Seal Mitted Ragdoll with brilliantly blue eyes. He was very active and vocal when we met him and the breeder claimed that we would be very cuddly once he got used to us. Once we brought him home he immediately came out of his carrier and began exploring the apartment. The cats I had in the past would run under beds and hide for hours when encountering a new situation or new people, but not Clawdio. When he’s not napping on the sofa or bed he’s playing with balls, his prized stuffed mice, scratching posts, and his tail. He’s not a big fan of catnip but instead goes crazy for his feather wand toy. He’s already ripped most of the feathers off of his first one and broke the fishing line! He’s also a kitten that loves attention. The first night we brought him home he slept quietly throughout the night in the living room. The second night he meowed all night keeping us up and we desperately kept trying to play with him and tucker him out so he would go to sleep. The third night was the same story. We eventually let him have free reign of our apartment. So now he sleeps quietly in our room at night, but he wakes us up as soon as the sun comes up in the morning with purring and nuzzling our faces. It’s hard to be mad for being woken up at 7am when he’s this cute though!

Clawdio is the definition of a puppy cat and follows us wherever we go. He hates closed doors and I’m still trying to figure out what what to do when I shower. If I close the bathroom door he meows until I let him in. When I let him in he cries to open the shower door. If I open the shower door he gets upset and meows if he gets wet. There’s no pleasing him! He likes to know where everyone is and what they’re doing. He’s very curious and very nosy. Nothing and no one gets past Clawdio!

He is very good with company and everyone who visits our home immediately falls in love and tries to steal him. We couldn’t ask for a better kitten companion. He is a lovable, nosy, adorable, sociable singer and we can’t imagine our lives without him! 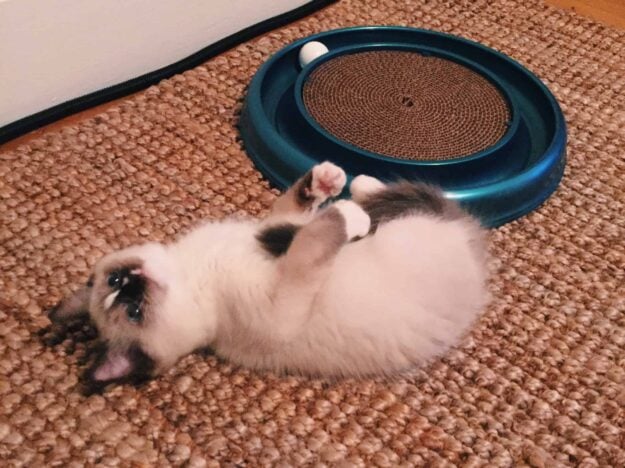 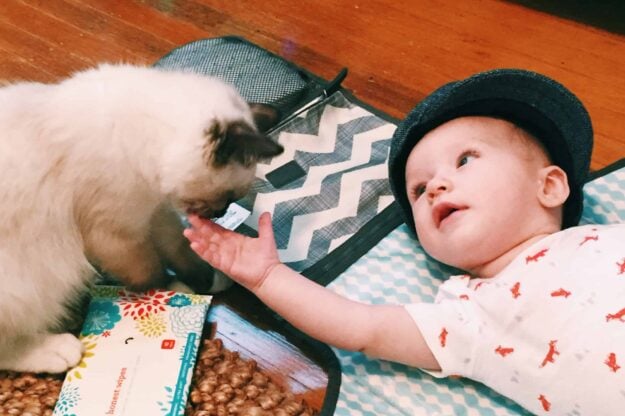 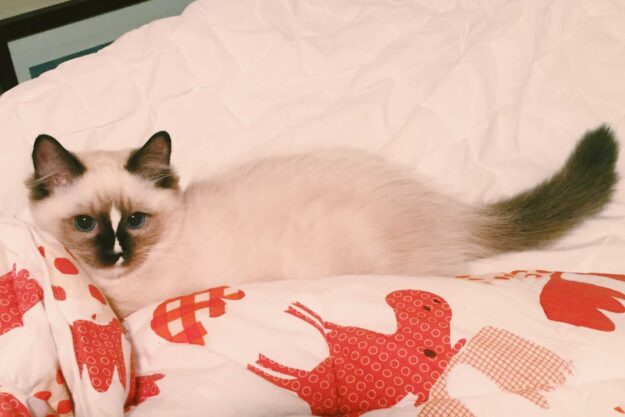