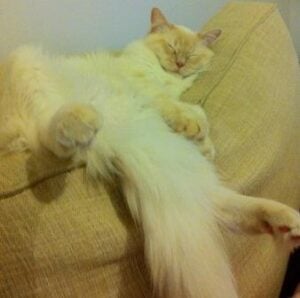 Cinnamon – King of the House

Our Red Point Ragdoll’s name is Cinnamon. He is 18 months old and we have owned him for 12 months. He loves to play, bite and lick us, and loves to sleep on our stomachs. Cinnamon has the ability to make us laugh, smile, cringe and yell too.

He was moved from pet shop to pet shop around Western Sydney, and no one noticed his beauty. One day at a small pet shop in our suburb, my fiancé walked up to the window and Cinnamon stared and she was lost in his 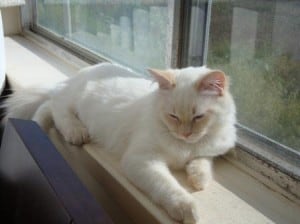 Cinnamon sitting on the window sill

charm directly. After hours of begging and almost tears, I agreed to let Cinnamon become a permanent member of our family.

He stays in the house as we live on a farm, we couldn’t risk having him attacked by the dogs or feral cats. He loves sitting in the sun on the window sill and sleeping on the end of the bed with us every morning. He also loves to play with McDonald’s straws and unfortunately our pens too. 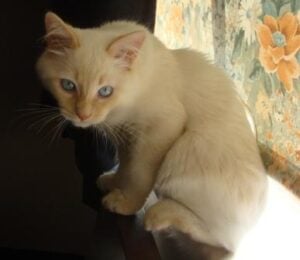 on the window sill looking a little guilty

Unfortunately he likes to stay up all night making noise until the early hours of the morning. Knocking ornaments over and meowing continuously, he acts like he owns the place; well the way he acts I think he just might be in charge.

He never hisses or growls; although when he is angry he lets out a pathetic roar that sounds like a cockatoo squawking, he is extremely playful and is a well known by my extended family to gain attention by head-butting their legs. 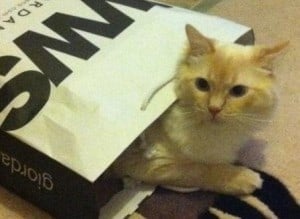 Hiding in a bag

Writing this story has given me the inspiration to write a little poem about our beautiful boy. Hope it isn’t too cheesy.

From his bright blue eyes, to his silky soft fur,
Cinnamon always greets us with such a loud purr.
He is vocal whether he is happy or sad;
He’s even vocal when he has been bad.
Cinnamon hates the bath, he doesn’t like being wet 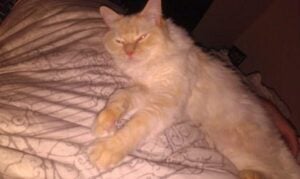 Cinnamon sleeping on our bed

He’s definitely the most adorable cat you’ve ever met
After a long day at work, that is oh so crappy
You can always count on Cinnamon to make you happy

I’m not going to say he is the best cat in the world, I mean after all he has cost us a fortune by destroying our furniture and some of our tableware. He also has a strange fascination with the movie “The Dark Knight”, I have watched it twice since we saved him and he didn’t even blink, not, one, blink. However I wouldn’t change Cinnamon for anyone or anything in this world.

There are a few videos on Youtube of Cinnamon, and some more to come in the future. Click the link and have a look.

Be sure to check out my user/page for the other videos. 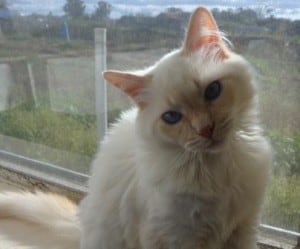 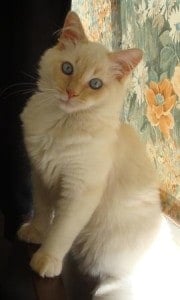 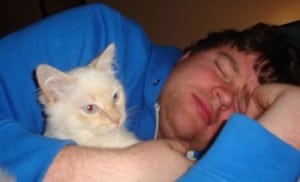