Here is a little story about Chase & Sprinter.

We live in Koudekerk a/d Rijn in the Netherlands. 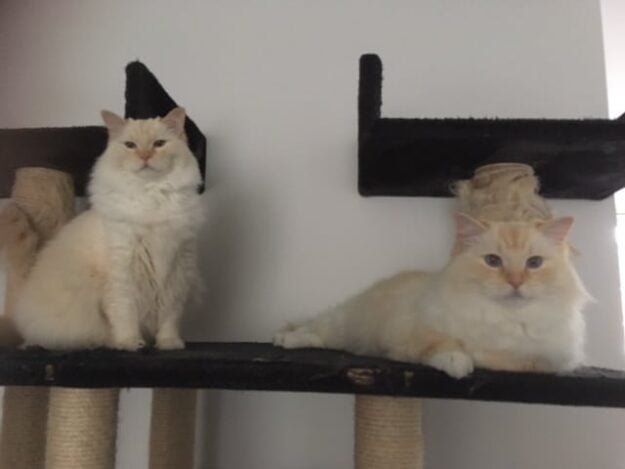 Our previous cat Toby died at an age of probably 17 year. He was about four years when he came in to our lives. We got him from the animal shelter. He was a very sweat cat.

Later on, we had two sons, who were very busy. Toby didn’t like that very much, but there was enough space for him to withdraw if he wanted to.

When Toby passed away, we talked about if we wanted new cats in our life. And maybe it was better to take kittens, so they will grow up together with our boys. We looked at the internet for information about cats who had an easy character. So, we came to Ragdolls cats. Which is perfect to us and our boys. 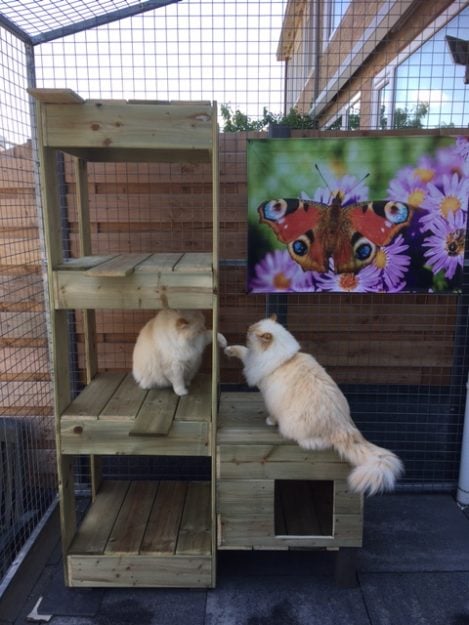 We looked on the internet if there was a nest of kittens, and there was close to our house. The call name of Chase & Sprinter their father was Toby. The same name as our Toby who passed away. For me that was a sign. 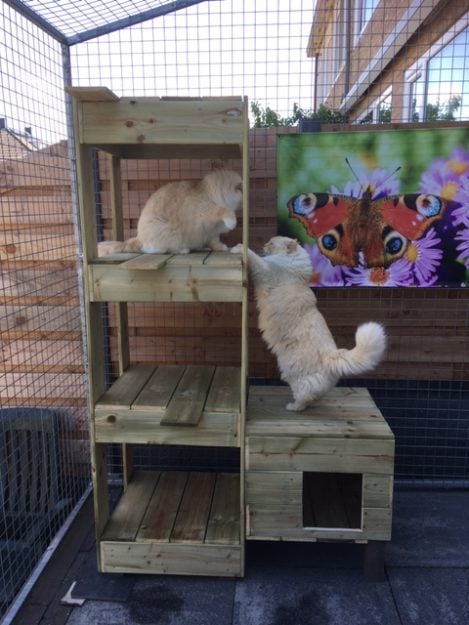 We went over to the Rhine Stone cattery in Alphen a/d Rijn and we fall in love with them. (it was very clean, and the cats where very healthy). We visited Chase and Sprinter for the first time when they were seven weeks old. We visit them a couple of times, and when they were twelve weeks old, they came to live with us. 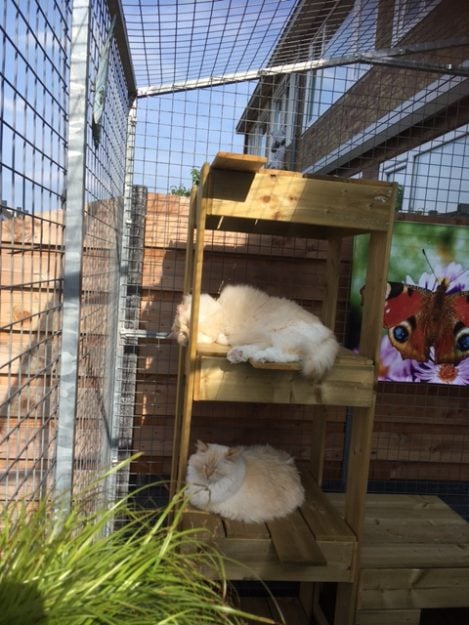 That wasn’t the names we would like for our cats. My oldest son named Amigo, Sprinter. After a train (who he likes very much) who rides in our country. My youngest son named Angelo, Chase. After a Lego doll Chase McCain (he was very fond of at the time) 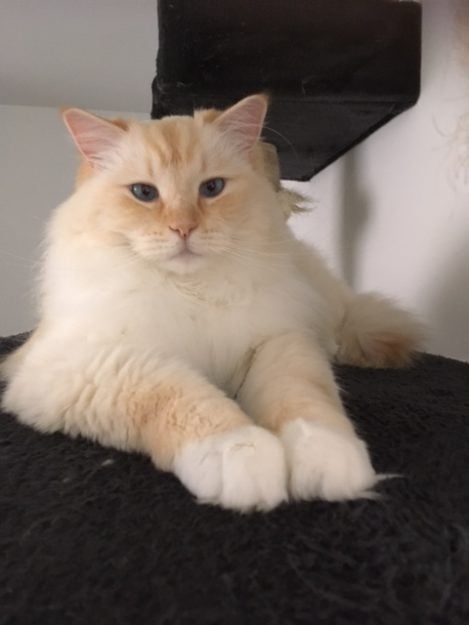 They are very sweat cats who are now six years old. 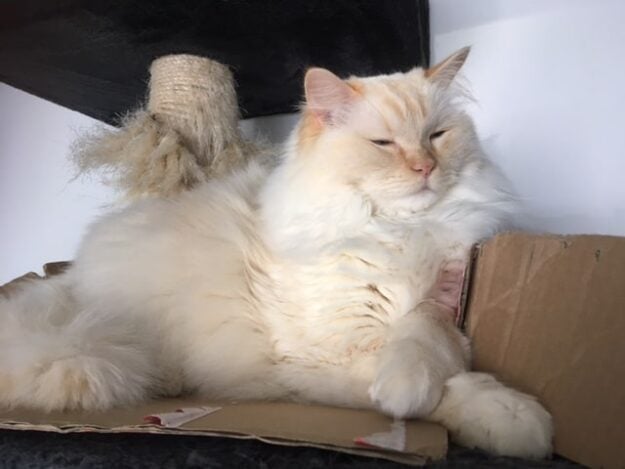 Both of my boys where diagnosed later on with ASS and ADHD.

In the difficult time we had, Chase and Sprinter where great cats who comfort (especially my youngest son) my boys when the needed it. When my youngest had a meltdown, Sprinter came up to him and lay down with him on his bed, and my son calmed down. 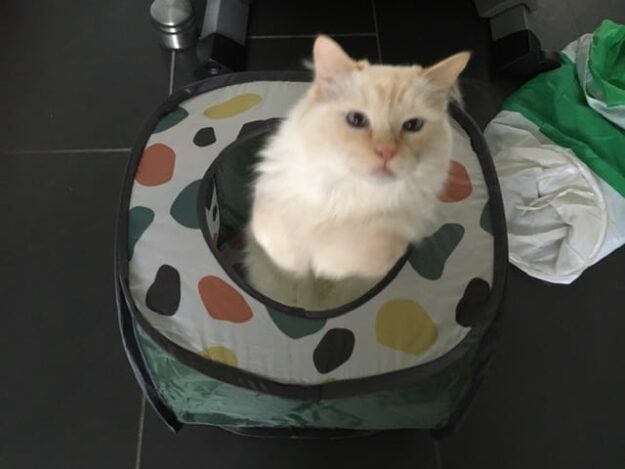 Things goes better now, now the boys are older, and we got a lot of help in that time.
And still Chase and Sprinter loves to give and get attention. Follows you around the house.

They love to play with mouses (toys), cat tunnel, boxes and cat fishing rod.
Cuddling and sleeping. And go outside. We specially made a cat cage fixed against our house, so they can go out and inside whenever they want. And nothing can happen to them. 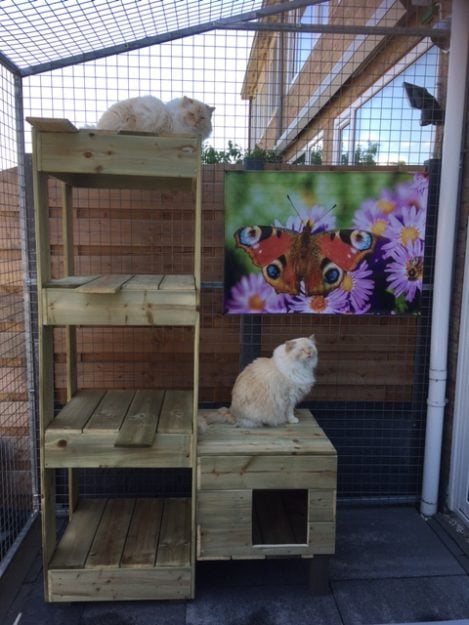 They eat almost for six years Royal Canin chunks, but Sprinter has decided that he didn’t want that any more.

So, we give them now Canagan chunks, and Chase is fine with that as well.
And the love Six Fish treats of Orijen.

They have three drinking bowls available for them, one upstairs, one in the cat cage outside and a water fountain inside the house, who the love very much.

Two litterboxes, one upstairs and one downstairs who the like to use a lot.

And two places where the can eat, one upstairs and one down stairs.

And a large scratching post in the living room.

And a ball play circuit.

They are spoiled cats; I call them a lot Your Royal Highness Cats.