Murphy, an 11-year old Ragdoll cat, went in for a dental last week - but the dental didn't happen. He wasn't breathing right under anesthesia so the vet decided to stop the dental to wake him back up. They did a chest x-ray to make sure his lungs were OK and they are (thank god). They think he responded unfavorably to the new sedation drug protocol they are using.  It is supposed to be safer for the kitties, but he has never had it before. So when he goes back in, he will have the old drug he has done well on. It was an unfortunate situation that he didn't get the dental, however, his life is more important...and we got cat x ray pictures to share.

The radiologist found this to be a normal cat chest x ray, i.e., no scary things. There was a benign or non-pathologic area in the left side of the lung field (atelectasis) and a shifting of the heart that coincides with laying on his left side under anesthesia. Other non-pathologic subtle changes in the chest can probably be attributed to the sedation/anesthesia. Overall, good news for this cat abdomen x ray! 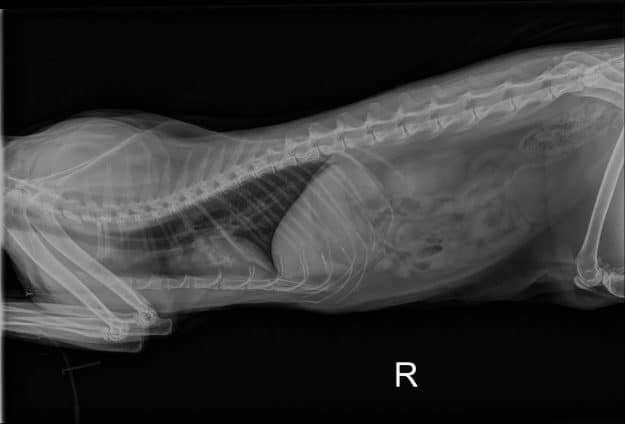 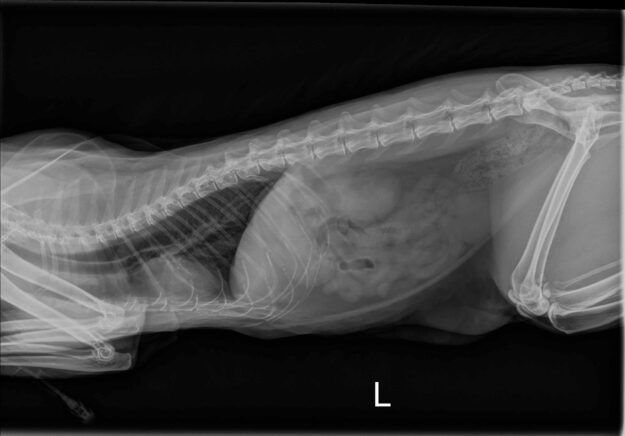 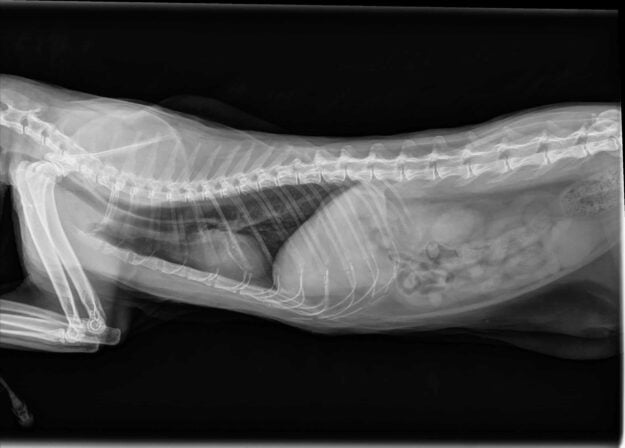 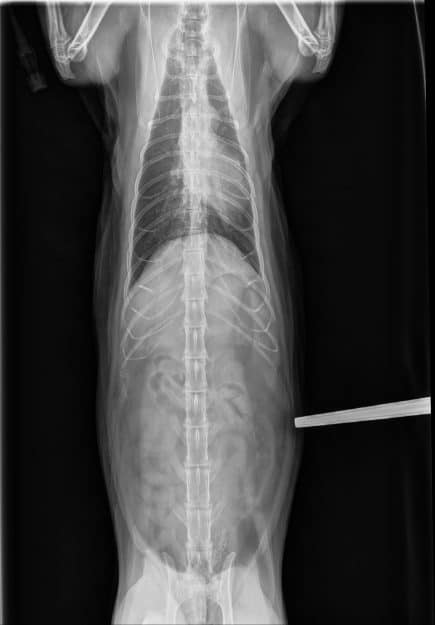 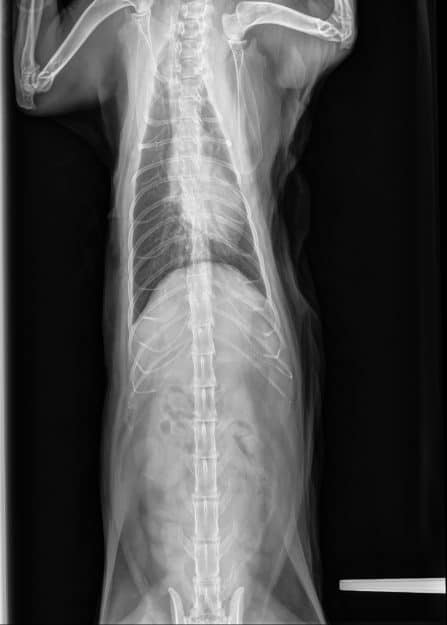 I went to my parents' house last night and picked up Murphy and said, "Beau, Beau!  I saw your insides today!"  He purred.  And now, a lot more people get to see his insides.  I love see the cat skeleton.  I hope you enjoyed seeing them as much as I did.