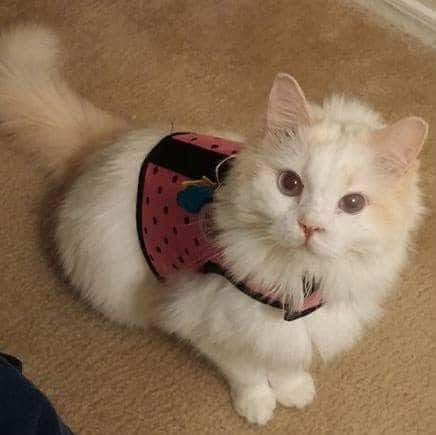 We adopted our baby girl in 2013 just before she turned 1 year old. I fell in love with her sweet face the second I saw her pictures online, and I drove 4 hours on a Sunday to pick her up. Cake, or Monster as she's often called, is a blue and cream tortie (with only a tiny bit of blue) with beautiful dark blue eyes. Her left eye is a bit cloudy from being scratched when she was a kitten. She was nearly all white when we brought her home to meet her brother, Wash, who we adopted 2 weeks earlier. She's 5 years old now. 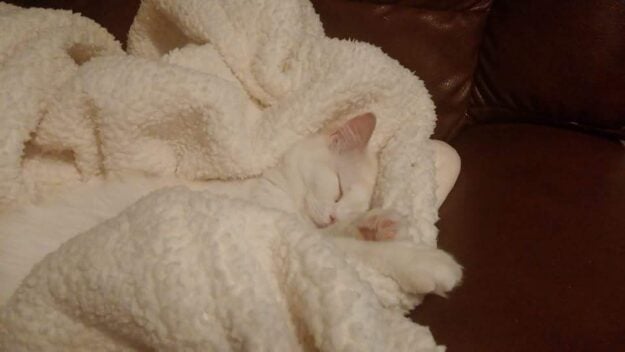 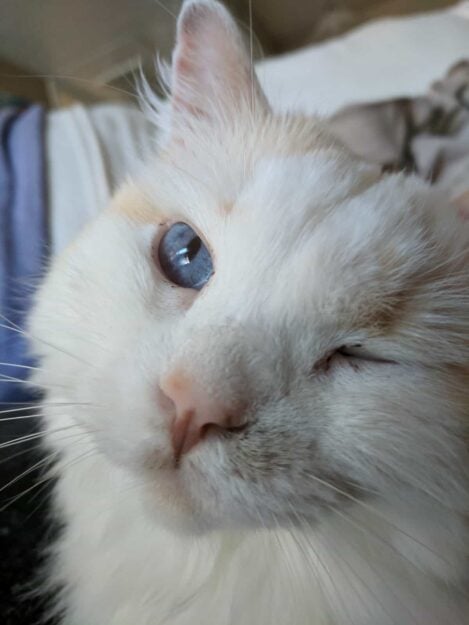 This girl loves everyone! She's little for a Ragdoll. She has such a funny, innocent personality. She's curious about everything, and she watches Wash to learn new “tricks.” Wash has a habit of racing through the house wailing and showing off his acrobatics. He’s a strong, agile boy. Cake is not quite as coordinated, but she believes she can also run through the house wailing and climbing the furniture with the same grace and style. With her high-pitched mewing and brief pauses in her running amuck to thoroughly measure a jump before continuing her rampage, it's really quite a show. 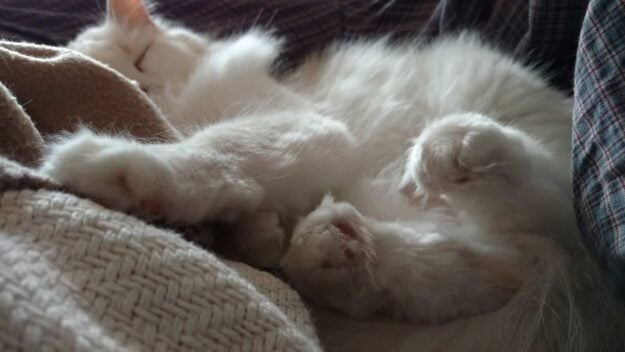 She actually didn't find her meow for nearly a year after we adopted her. She chirped, cooed, and purred, but when she tried to meow, her mouth would open and only a faint huff of air would come out. She managed to figure it out and now talks to us every morning…around 5am. 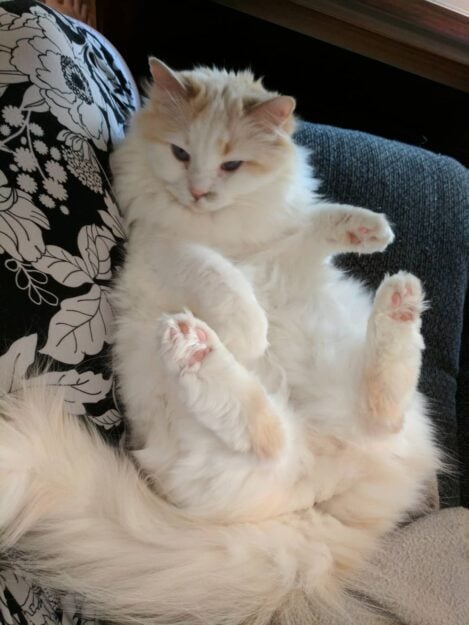 Despite her happy, playful disposition, she has had a tough time with her health. Not long after we brought her home, she started sneezing and was really itchy. After multiple trips to several different vets in a few different states (we moved around a bit) over the past few years, we finally found a solution that's working for now - immunotherapy and the occasional antihistamine. Then, after several flare-ups with GI problems and an ultrasound, we found out that she has Triaditis – a chronic problem with flare-ups of inflammation in the liver, pancreas, and small intestine (as I understand it). We watch her closely, have her tested every 4 months, and she's been Prednisone-free for about 18 months. In addition, we almost lost her when she reacted to the first round of vaccines she received (she had recently received her shots when we adopted her, so this was a year later). We didn't even know that could happen to an animal, so we ended up at the emergency vet in the middle of the night completely baffled by her symptoms and terrified. After that, a new vet, who was aware of her previous reaction, gave her shots one at a time and kept her at the office to respond immediately to any reaction she had. Because her negative reactions to the rabies shot seemed to be escalating, she can no longer have vaccines. Being an indoor, pampered princess, that doesn't seem to worry our vet too much. She gets immunotherapy drops twice a day now, and she takes them like a champ (and then runs around the house). Thank goodness we got pet insurance right after adopting her! 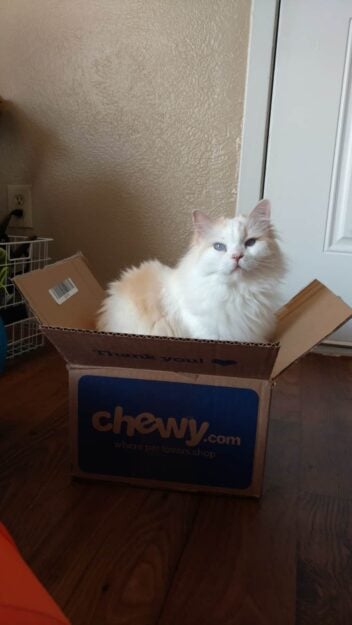 Wash and Cake have moved several times with us including 2 cross-country moves. They have a Sturdi Product double wide show crate that holds a small litter box and has a hammock that they travel in for long distance drives. We found their first one at Cat Connection. They're on their second one now. Cake’s favorite toy, after her human dad and necklaces, is the turbo scratcher. She recently fell in love with the Catty Whack toy too. Really, she'll play with anything. Sometimes she and Wash play chase – most often in the middle of the night. She's truly a floppy cat – she goes limp when you pick her up (it doesn't last long, though), and she just flops over on her side or back when playing or confronted. 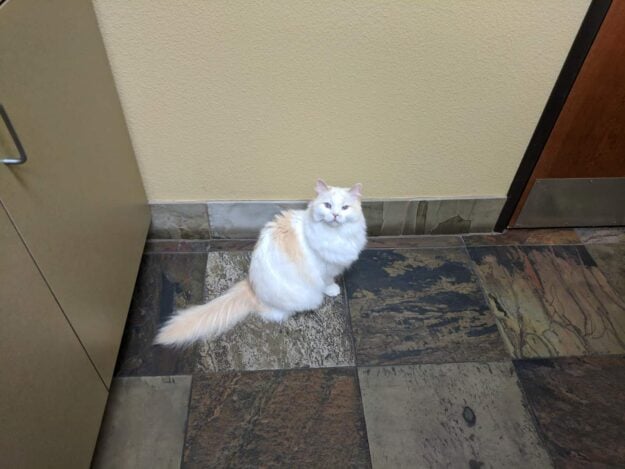 Cake Monster is a great joy in our lives. She's a happy, spunky, pure soul. She deserves all the spoiling, cuddling, and adoration she gets and more! We pray she and her brother are happy and healthy for a long, long time, and we'll do everything we can to give her that. 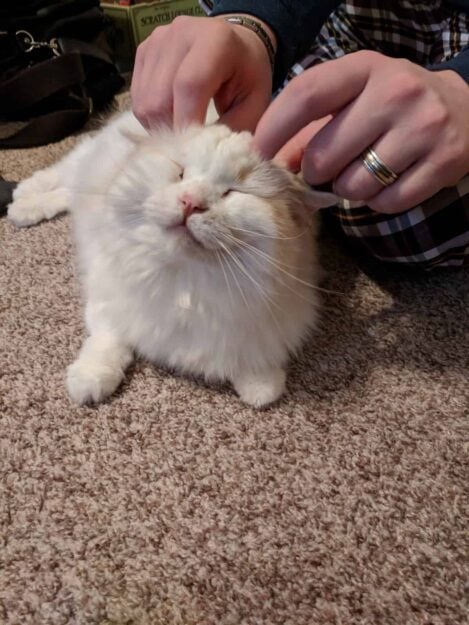 Cake and Wash are on Facebook as WashAndCake.Do you have a Ragdoll Kitten or Cat?  Consider submitting your kitty!  Ragdoll of the Week submission guidelines