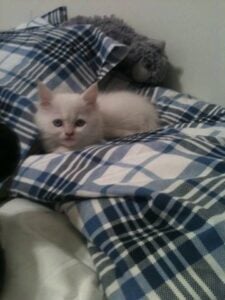 Butters - Ragdoll Kitten of the Month

Butters was born on January 5, 2014.  Butters is a cream color point male.  My little marshmallow came to live with our family in March 2014.  It took 17 years for me to decide to get another cat, after the death of my beloved tuxedo cat, Cinco.  My son and I went away for the weekend in late February and while I was messing around on the internet, a thought came to me about getting a Persian kitten for him.  My son was in a car accident in October 2012, and suffered a traumatic brain injury (TBI).  One of the side effects from the accident he has had to contend with is major anxiety, and I know the health benefits of having a pet, there is plenty of research to back up this claim.  Antonio has never had a pet and I decided now was the time, despite the fact, I suffer from major allergies.  I had recently gotten on some prescription allergy medicine and for the most part I was symptom free.  I called a few pet stores the next to inquire about Persian kittens.  My son overheard my conversations and was elated that I was considering getting a family pet.

Though I could not find a Persian kitten to purchase on a Sunday afternoon, I did resume my search the following day.  I found a breeder of Persians, Ragdolls, and Himalayans.  I put in a 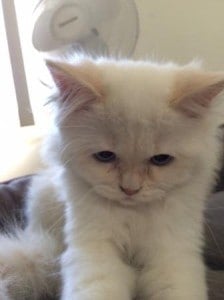 quick call to my mother, a veteran vet-tech to ask for her opinion, but she did not get back with me until days later.  I called the breeder and she told me she had a few Persians available and we chatted a bit.  I scheduled a time to come out with my son to visit.  She lived a 1 hour and 15 minutes away, but it was worth the trip.  The evening before our visit, I decided to do some research on Ragdolls. After hours of reading, I decided this was the breed for us.  I called the breeder the next morning and asked if she had any Ragdolls available and luckily she had two seven week males left.  I already had the name of the kitten, who would be joining our family.

I picked the name Butters because I love the show South Park, and my favorite character is the sweet but goofy kid, Butters.  The minute I saw the white little kitty in the back of the cat carrier, I knew he was the one.  I picked him and handed him to my son.  Butters meowed a bit but he seemed content in Antonio’s arms.  The breeder said he could come home in a week or two, but to our amazement, Butters came home a week later.

Butters has blended well in our misfit family.  He has a unique personality and I have become 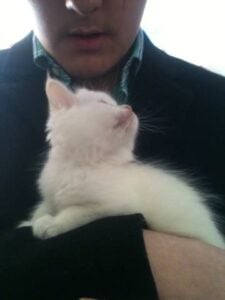 quite acquainted with his wants and needs.  He has bonded with both Antonio and myself, but tends to be more attached to me.  He has free run of the apartment and he spends his days:  cuddling, playing, napping, and eating.  He follows us around where ever we go and lately discovered the joy of cruising the kitchen counters, much to my dismay.  My son struggles with the day-to-day care of Butters, but helps out when can.  Butters is not so much a lap cat but he really loves to snuggle.  I often wake up in the middle of the night to find my fur ball laying on my chest or nestled close to me on the bed.  I have been working with Antonio on how to play with Butters, as I feel playtime with our kitty is part of the bonding needed between caretaker and cat.  I play with Butters each day and his favorite toy is a wand with a mouse on the end of it which he chases and jumps in the air to attack the mouse.  Butters loves to play hide and seek and will pretend like he is stalking me and then runs up to me and taps my face with his paw.  The final thing Butters really enjoys is car rides.  Also, true to form, like a dog, Butters is a beggar.  He loves cheese, chicken, and a bit of ice cream. 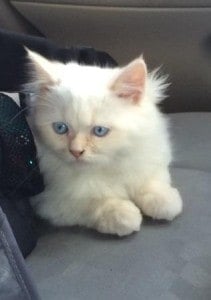 Finally, if I had a chance to get any other cat breed, I would choose a Ragdoll all over again.  It is the apartment complex policy which restricts the number of cats tenants can have, otherwise, I would have gotten Butters a partner in crime. When we move, I will find a place where we can have another pet, and of course it will be a Ragdoll that we will get.  I would also like to note that I have hardly suffered from any allergy attacks since getting Butters.  If my eyes start to itch and get watery, I put in some eye drops and use my nasal spray and I am ready to go.  I just have to make sure that Butters does not lick my face, as my skin seems sensitive to his saliva, not his fur. 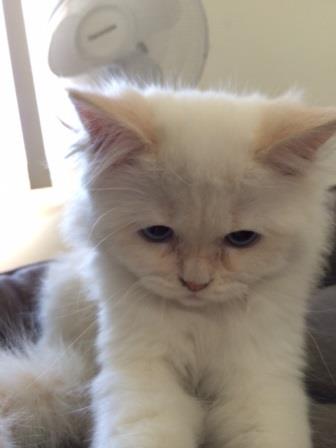 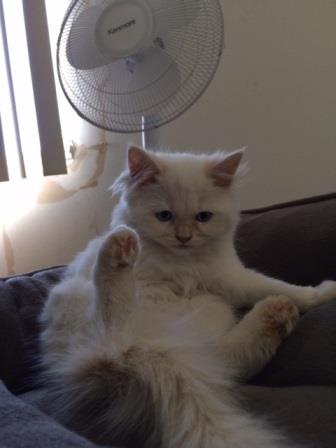 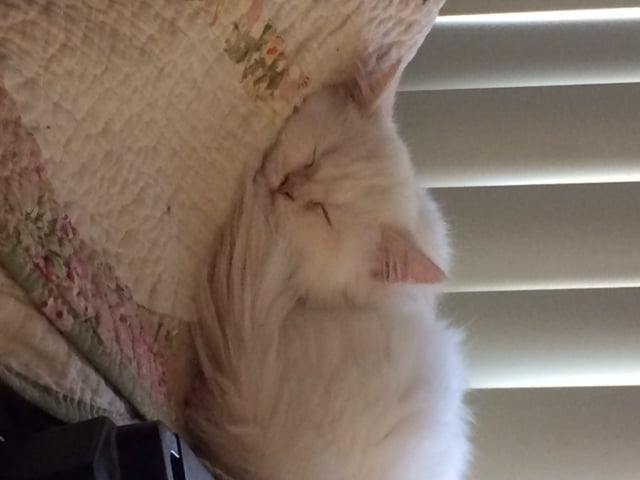 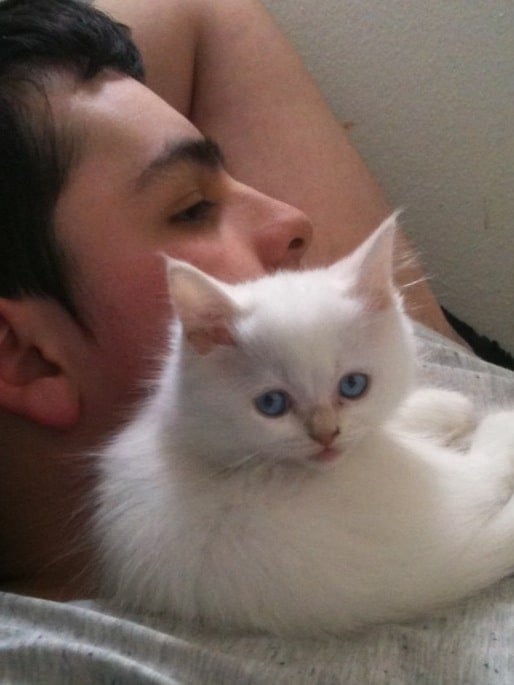