Brownie - Floppycat of the Week 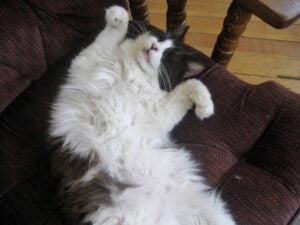 Brownie is a 2-year-old Ragdoll-mix cat with green eyes and an unusual color combination of brown and white, which is his namesake. Brownie has the longest tail I have ever seen on a cat! He always carries it held up high. I call it his signal flag.

We used to live in California, where Brownie was adopted, and moved to New Mexico last year. Brownie was adopted from the Pasadena Humane Society in August 2013 when he was only three months old. I'll tell you his meant-to-be story. We wanted two cats after our other three had died, and started looking online. We picked Brownie, then named Julian, just because we liked him. We had also picked Luna, then Ruby. They were separate on the website and the website gave no indication they were together. We walked into the humane society on a Sunday morning and right on the front desk was a picture of Brownie and Luna together! They are not from the same litter, but are so close that the humane society wouldn't let them get adopted separately. They had come in very tiny around the same time and wouldn't be here if a kind worker hadn't 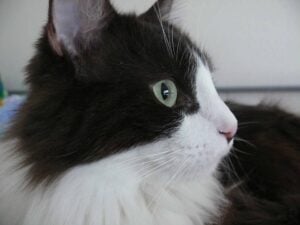 Brownie likes his cat scratchers, sleeping (what cat doesn't like sleeping?), catnip, belly rubs, strangers, watching birds and squirrels (from the safety of the house; Brownie is indoors-only), cardboard boxes, chicken, tuna, turkey, duck, some cat treats (Brownie is very picky about his treats!), but will basically eat anything if its mixed with wet food. He even eats lettuce mixed with his food! Luna likes (correction: loves) to eat spiders, lettuce, popcorn, butter, flies, cockroaches, and basically anything. Brownie is the opposite. He will only eat certain brands of food, his current favorites are BFF Pouches (highly recommended) and Orijen Dry Food (also highly recommended). He only eats some treats, his favorite used to Greenies and now it is Wellness. He likes to lay down and watch as Luna catches and eats a bug. Only flies get him excited, and even then he will only chase it, not even try to kill 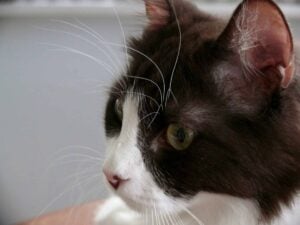 it, let alone eat it. Also, his new hobby is drinking from the sink. Everyday we give him fresh distilled water and everyday he will go to the sink.

Brownie does not like trash trucks, vacuums, brooms, combs, outdoor cats walking in HIS backyard, hummingbirds taunting him from right in front of his face (we have a hummingbird feeder that attaches to the window, and the hummingbirds will come up right in front of Brownie and Luna's faces and taunt them), but otherwise he pretty much likes everyone and everything.

A product I would highly recommend to other cat owners is the Scratch Lounge Classic World's Best Cat Scratcher. That is Brownie's all-time favorite place to nap and scratch. Another great cat 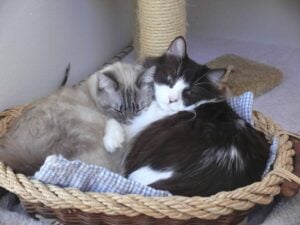 product is the You & Me Bungalow Cat Tree, which Brownie likes and Luna loves. I also highly recommend any sort of box or basket. Brownie's favorite toys are bouncy balls, easily purchased at toy stores, catnip toys, and anything that looks like a string. This includes iPod cords, pipe cleaners, twisty ties, rubber bands, hair ties, and much more.

Brownie has many nicknames, some of which are Browns, Brownstone, B, Boy, and Mr. B. 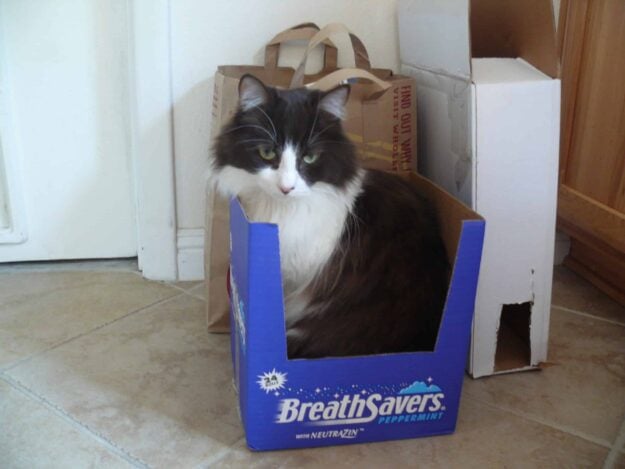 To submit your kitty as Floppycat of the Week, please follow the submission guidelines here.