×
Home » Cat Health Care
Recently a reader wrote in with serious questions and concerns about bringing home a Ragdoll kitten with Giardia. Getting to know and love a kitten who is showing signs of illness can be scary for a pet owner, but fortunately Giardia is very treatable. Below are a few things to know about kittens with Giardia, as well as some tips and suggestions for safely restoring them to health. 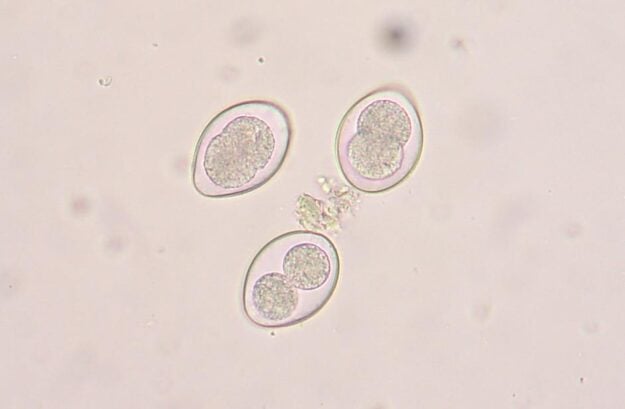 Giardia is a parasite that can affect both animals and humans—think “Traveler’s Diarrhea” in people. The parasite exists in two forms: one live form that lives and feeds in the intestines, and another cystic form that is shed in feces. Cats can originally become infected if they ingest the cystic form of Giardia through eating, drinking, or sniffing something that is contaminated. Giardia is more common in kittens or older, weaker cats, and it can most commonly be found where there is a dense population of cats, such as a cattery.The main symptom of Giardia is intense, foul-smelling diarrhea. The soft or loose stools often have a green tinge, and then can also contain blood or excess mucus. The diarrhea can happen intermittently, but over time the cat will loose weight as it continues and they may be less energetic than usual.

What Are the Giardia in Cats Treatment Options?

Giardia is very treatable and is usually only life threatening in cats whose immune systems are compromised due to a serious illness like FIV (Feline Immunodeficiency Virus). Vets most commonly prescribe fenbendazole and metronidazole in pill, paste or liquid form to kill the Giardia—one common Giardia in cats treatment is Panacur.Because Giardia causes inflammation of the gut and the treatment of Giardia can further imbalance intestinal bacteria, a lot of pet owners recommend giving the kitten a probiotic to help restore good bacteria in the gut. Two possible probiotics to look into are Berte’s Ultra Probiotic Powder or Purina’s FortiFlora. The probiotic powders can be sprinkled on their food or administered in liquid form using an oral syringe.

How Do I Know if My Kitten Has Giardia?

Vets can do a stool test or an ELISA test to determine if a kitten has Giardia, although there are cases where tests can produce false or conflicting results, so it is good to consider a variety of factors if you think a kitten might have Giardia: While stressful transitions can often be the culprit for cat health issues, if your kitten isn’t getting better within a few days or you know they were treated for Giardia by a breeder, it is best to bring them to the vet for further tests and treatment.

Tips for Taking Care of a Kitten with Giardia

Here are a few final tips for taking care of a new kitten with Giardia:

Giardia is rarely life threatening in kittens, and as long as you can work with a breeder and a vet to get a kitten the proper treatment quickly, this rough start should not affect your kitty’s long term health and happiness in their new home. For more tips on bringing home a kitten or switching them to new food, check out the posts “How to Introduce New Cats to Your Household” and “Transitioning Charlie and Trigg from Dry Food to Wet Food Only”.What tips and suggestions do you have for bringing home Ragdoll kittens with Giardia?