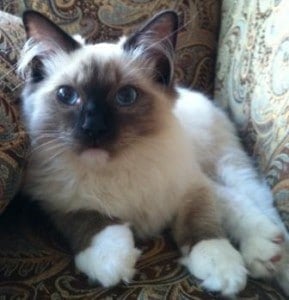 Briggs as a kitten

Growing up, I’ve always had cats with pointed coloring.  My first purebred cat was Sadie, a tortie point Himalayan, who was my soul mate.  Unfortunately, she passed away at only 2 ½ years old from complications of a colon resection surgery necessary from swallowing a foreign body.  The loss of Sadie was absolutely devastating.  But, I knew I wanted to have another cat and that two would probably be best for them.

My search for a cat began.  I remembered looking at Ragdoll catsover 10 years ago.  After reading a little about them, I decided that was the breed I wanted.  I found a breeder relatively close to me.  As luck would have it, she anticipated having kittens at the first of the year.  I specifically asked for a 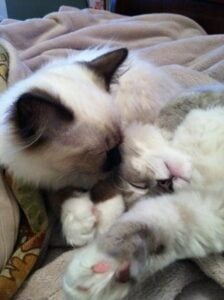 seal mitted kitten and another kitten.  I just wasn’t sure what other pattern, etc.  Briggs was born on January 4, 2011.  He and his brother, Mitt, were adopted on March 5, 2011, and have been a joy each and every day.

While on my search for breeders, I found the name Briggs on a different breeder’s website who had adopted her male stud from the same cattery I got my boys from.  Briggs is one of the sweetest natured cats I’ve ever known.  He is playful, cuddly, funny, and outgoing.  There isn’t an adult he doesn’t want to come out to greet and “check out”. 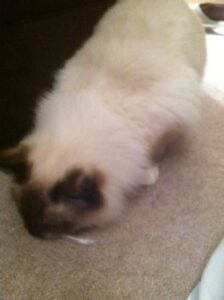 Briggs also loves to eat.  He LOVES canned cat food that he has two times a day.

Briggs and Mitt are the best of friends.  They are often found close to each other, whether they are looking out of the window, sleeping, or bathing each other.  I couldn’t imagine a day without my sweet Briggs.  I know that he and I were meant to be together.  He is an angel! 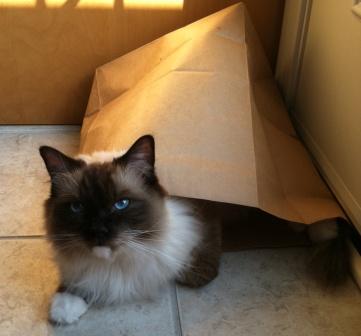 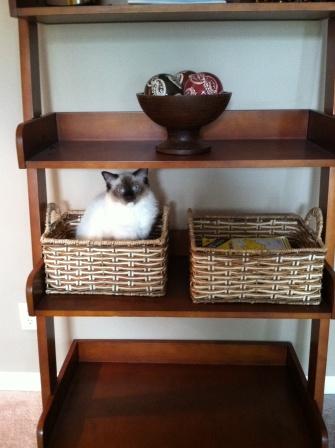 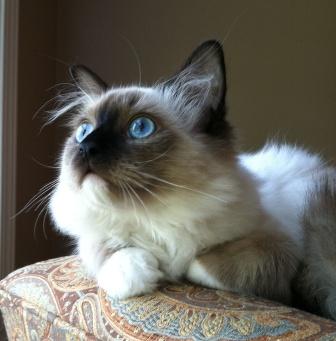 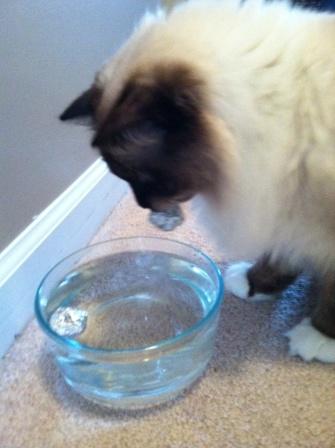 Mitt and briggs as kittens