Meet our new love Big Mac, who my boyfriend and I rescued from Central Texas SPCA on Mother’s Day as first-time cat parents. He is two years old and is friendly, but also shy.For a long time now, I’ve scoured different shelters for cats to call my own. I also followed several fosters to try to get in line to adopt kittens. One day, I found a Twitter post of a Lynx Point Siamese kitten, got on the website and found that he had another sibling. I also found a cute big fluffy cat whose name my boyfriend and I instantly fell in love with, which was Big Mac. It was so funny because he looked just like a Big Mac. I decided to inquire about the three cats and learned that Big Mac was a Ragdoll cat—the cat caretaker told me that his previous owner claims that he is a purebred Ragdoll, but I don’t have any papers. At first, I couldn’t really tell what breed he was and didn’t think that he was a Ragdoll—I figured he was just a cute long-haired boy. I had no idea that Ragdolls came in this color. Sadly, we also learned that Big Mac was declawed on all fours by his previous owner. I had several concerns regarding his behavior since he suffered such trauma, but he seemed to act like a normal cat. His cat caretaker also let me know that he gets along well with others and doesn’t have any litter box issues or major concerns with his personality. The more I got to know about him, the more I wanted to meet him. 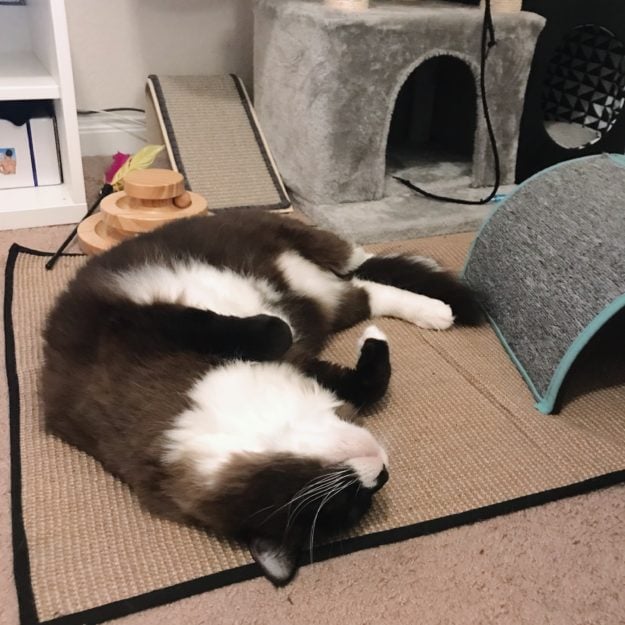 When we met all the cats, we fell immediately fell in love. Big Mac basically told us, I’m ready to go home with you. He was so sweet and loved getting pets. He is a gentle giant with a small meow. The kittens also had a blast playing with us. We had to decide which kitty to adopt, but in the end, we adopted all three and I’m so happy we did. Big Mac came home with two younger siblings, the Lynx Point Siamese kittens, Soba and Udon. Since adopting Big Mac, we’re trying our best to learn more about Ragdolls in general. We’re still figuring out his color point; we suspect that he could potentially be a Mink or a seal mitted Ragdoll. His eyes are a very light blue, but sometimes they look slightly green-ish. 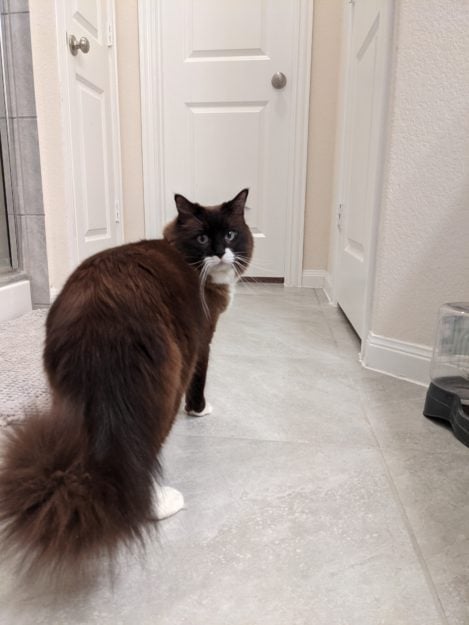 It took a bit of time for Big Mac to adjust, but now he plays with Soba and Udon, has zoomies, chases and jumps for toys, eats wet/dry food on schedule. Most of the day Big Mac can be found sleeping in our closet, however as the evening rolls around he starts playing and exploring. He isn’t afraid of other cats either; we temporarily live in a house of 10 cats total until my house is done being built. Each of my roommates has three or four cats of their own. He gets along with most of them, and he isn’t aggressive at all, so he doesn’t usually get into fights with any of the other cats. 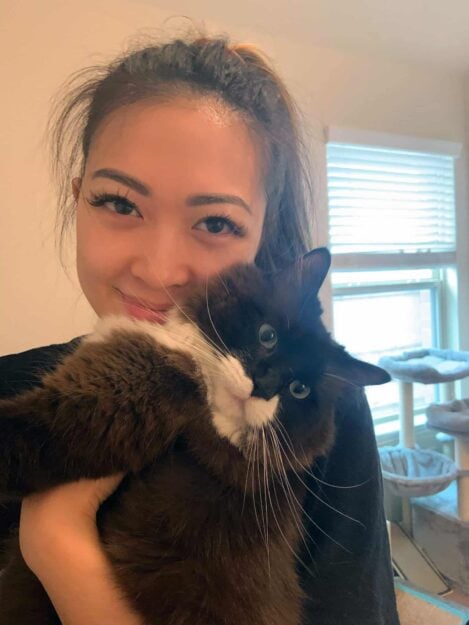 I feel so grateful the cats chose us to be their guardians. My boyfriend and I will do our best to raise them to live long lives. Thanks, Floppycats for providing an awesome place to share stories, build a wonderful community, and share the love for floppy cats! 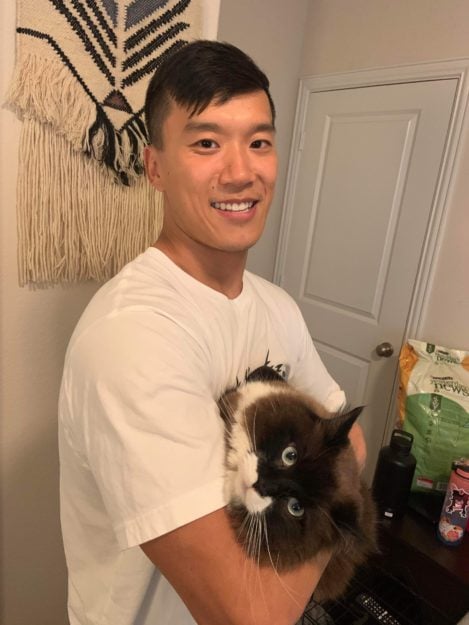 Big Mac recommends his favorite toys to his other fellow kittles: the cat dancer and Yeowww! banana toy. He also recommends our Eversweet 3 water fountain by Petkit and the ModKat XL litter box since he can turn around in it. We love you Big Mac!Love always,Vora + DatContinue Reading Ragdoll Cat Stories: Have an amazing Ragdoll? We would love to hear your story too. Please submit your story for Ragdoll of the Week here.If you have a Ragdoll Kitten story you would love to share please, submit your Ragdoll kitten story here.