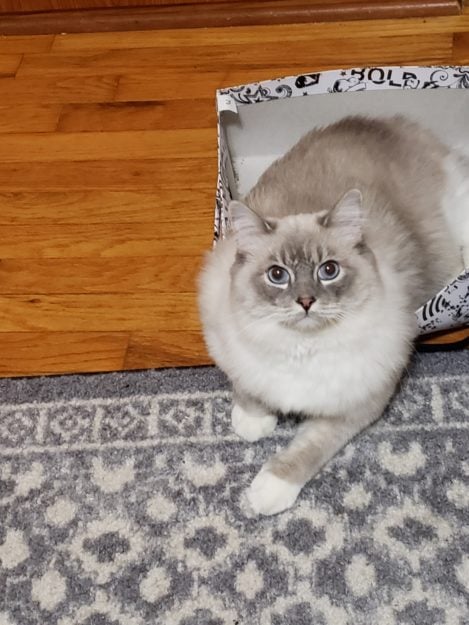 I had been looking into getting a Ragdoll for a few years. After reading many books and watching several YouTube videos about the breeds description, I found a breeder that was not too far from me. so I gave Cindy and Peter at Razl Dazl dolls a call. I want ready to get a kitten just yet but I saved her number and gave her a call back a few years later. she had one blue lynx mitted Male available by the name of Johnnu Cash. I fell in love with his picture instantly! All in all I gave to wait for around 4 months to get him because I was told there were no kittens available. but when I saw his picture on the website I couldn't pass him up. his face was gorgeous and he seemed to be staring at me from the computer screen. So, I asked Cindy if I could get him and she was very enthusiastic about letting me get him home. so a couple of weeks later I made the 45 minute drive from Las Vegas to Jean nevada to pick him up. when I got Artemis home he was immediately in my lap. he wanted so much love and affection right away.

This is my Artemis. I got him from Razl Dazl dolls in hesperia California. I cannot recommend them because the breeder passed away. I found out that none of the cats or kittens were cared for very well after I bought his brother. I am very glad I got him out of that place. Artemis is my baby and will always have a very good life with me.

Artemis turned a year old in August. He loves to play with straws, lay in boxes and snuggle with me in bed. I wanted him to have a mythological name so he ended up with the goddess of the hunt haha. 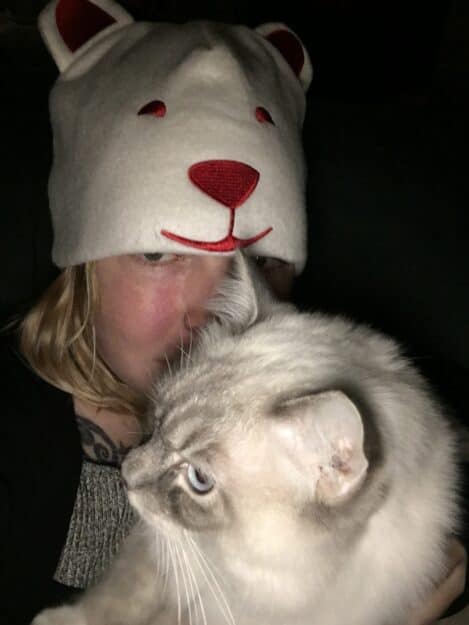 I have had Artemis since he was around 6 months old. For toys I really can't recommend too many because he's a simple little guy. His favorite toys are straws and pipe cleaners. Although he has a ton of feather toys haha he also loves laying at the top of his 6 foot cat tree.

Another love of his is sitting in my lap and cuddling with me while we watch TV or I play a video game. He loves to have his back and chin scratches while he purrs. He has the sweetest purr I've ever heard. It sounds like birds chirping. 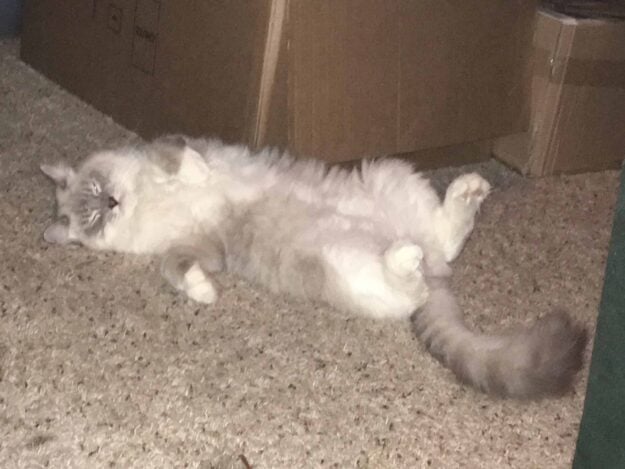 I used to have a water fountain that Artemis would stick his entire face in. it was a little scary at first because I didn't want him to inhale any liquid but he was always careful not to.

I can't say that I regret buying my baby boy from Cindy, because I am forever thankful that he will be safe and loved. and I love him more than I could ever Express. he is like my furry little kid. originally I wanted to show him but I changed my mind and decided to just let him be my baby cat. 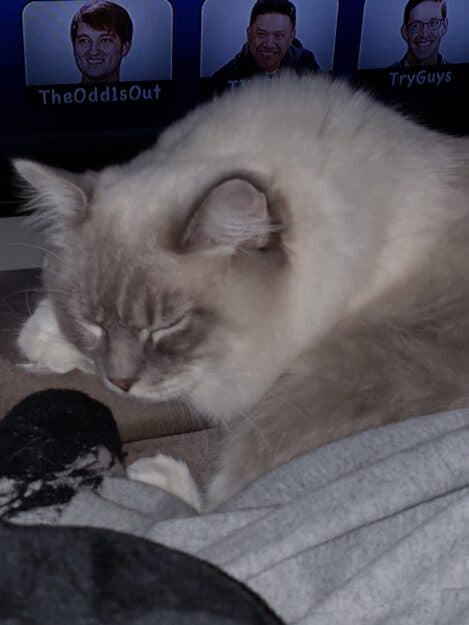 P.S. Artie loves to watch floppycats when he is laying in bed with mommy haha