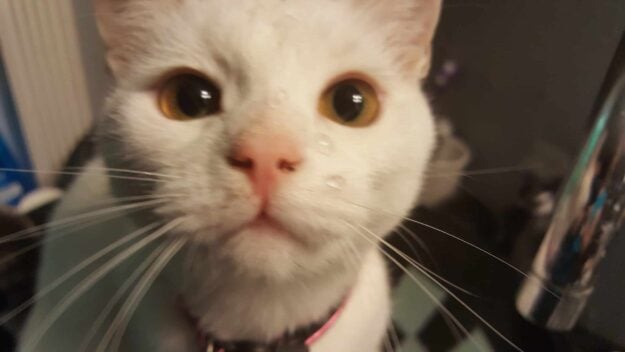 One day I was on FaceBook and saw a video of a cat that was posted on a local shelter’s page, Hart. I fell in love. I immediately sent the link to my husband and said that I thought this feisty little girl (which was quite evident in the video), could stand up to our wild and crazy cat at home and that they would be good company for each other. He agreed, so I went to the foster home to take a look. She was a bit skittish at first, but you could just tell that this was one scrappy cat. 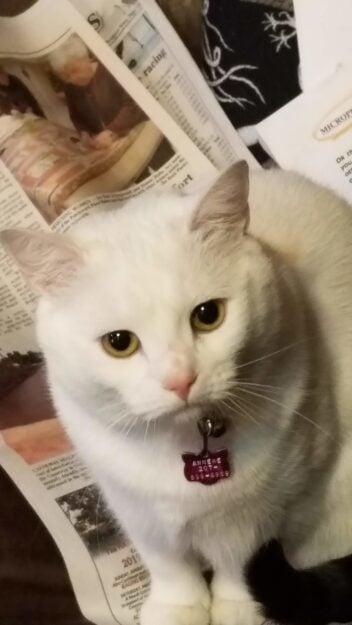 The foster mother told me that she had been found on the streets of Brooklyn, NH, where she was brought to a shelter and chipped, but because of over-crowding she had been sent to the shelter in Maine. This fierce little beauty, which they had named Monica and thought was right around 6 months old, was a handful, but I knew we were up for the adventure. 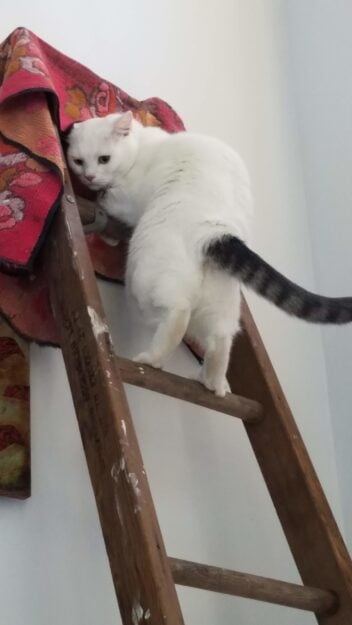 All of our cats have been given Russian names up to now because of my lineage, however, this one we wanted to have a Swedish name in honor of my husband’s pedigree. We didn’t want to confuse her too much, so we just shifted the name a bit and called her Anneke. 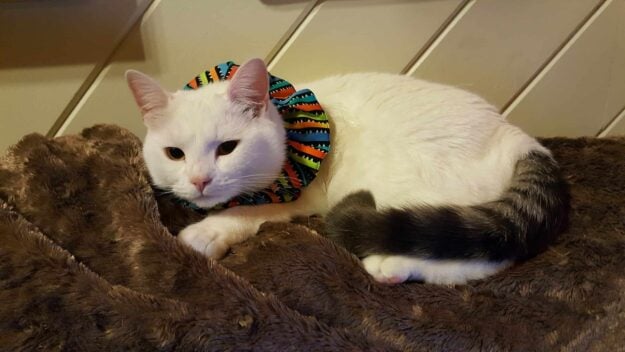 I’ve read all the articles about how you introduce a cat to a new household, but I was working 2 jobs and my husband was working from another location, so I didn’t have the luxury of introducing her slowly to her new environment. Basically, I just opened the cat carrier and waited to see what happened. I was delighted when my laid-back boy, Kazimir, who was still a kitten himself at 10 months, immediately fell in love. She was just what he was looking for in a companion; a cat that could keep up with him and his abundant energy. 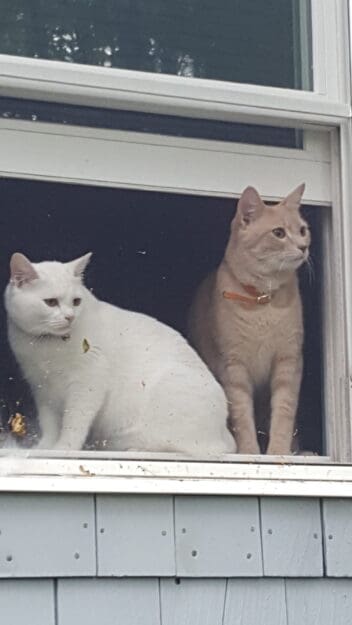 My older 10-year-old cat, Ivan, who had never really bonded with Kazimir, and disliked all females on sight, caused a bit of discord, but they soon learned to just keep their distance. In fact, he was quite relieved that Kazimir now had a friend and wasn’t constantly trying to get him to play. 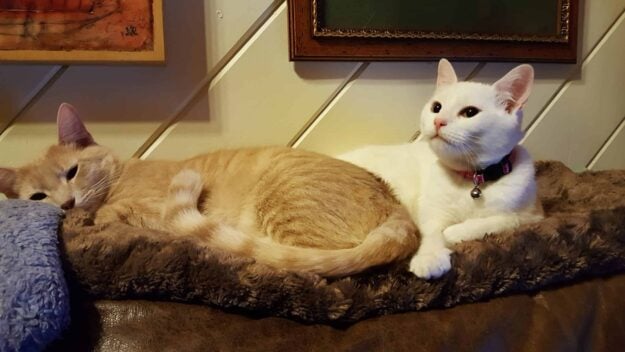 Anneke, who just turned 4, is most definitely our most dominant cat. She goes and does anything she wants and she’s fearless. When the noise of the shredder or the vacuum start up – she runs towards the noise. I’ve also learned through research that her coloring is unusual and that she is considered a Van cat because she is pure white with just the black striped tail. Whatever her lineage, we adore her and are constantly amused by her determined, bossy demeanor. 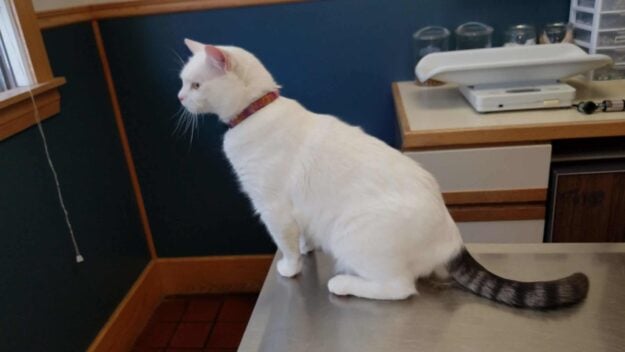 Anneke gets a treat with her breakfast and one with dinner. Her favorite treat is a product made by Sheba called Meaty Tender sticks. She doesn’t care which flavor, so I mix them up. I cut them in half and give her that as a treat. And boy does she know what time breakfast and dinner are normally – if I’m not up when she wants her treat, she becomes a bouncing alarm clock. 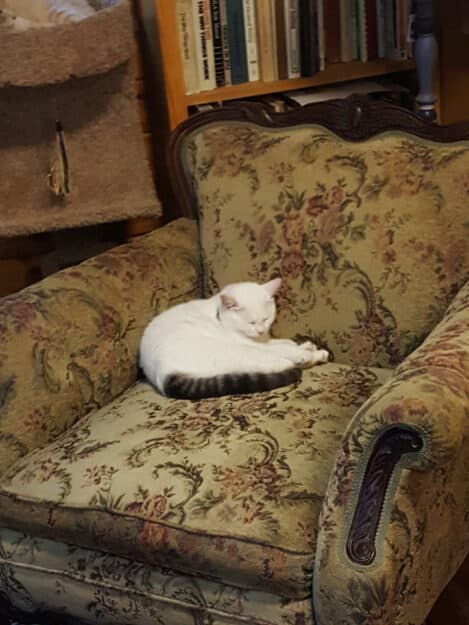