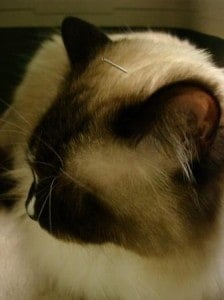 Murphy spent the night at the emergency vet and got fluids, etc.

His kidney values were off and also his potassium, so they suggested a kidney food diet for him.  Of course, because of this website, I have discovered that starting a kidney diet too early can be problematic.

Here were his values: 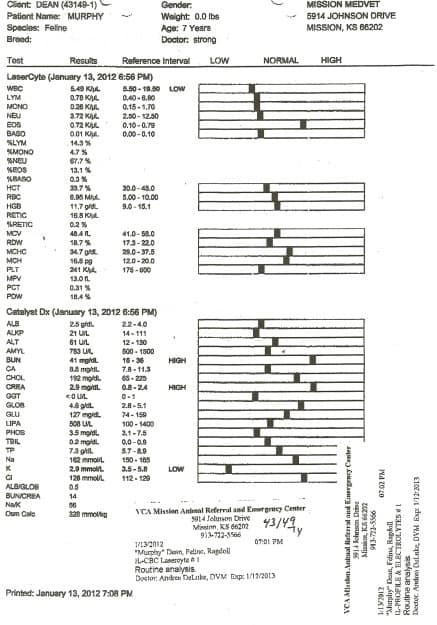 So I suggested to my mom that we take him to Pat Perkins of Canine Performance Medicine for an initial consultation with acupuncture and an adjustment.

You can see footage of his visit by watching the video below: 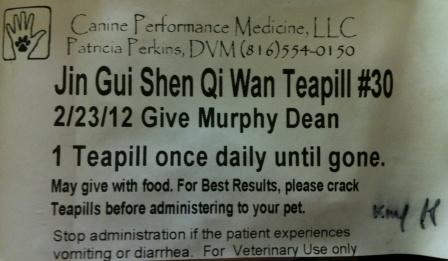 He went in on March 29, 2012 to have them rechecked - but this time by his vet, KC Cat Clinic, rather than the Emergency Vet.  In other words, it was a different lab that did the testing. 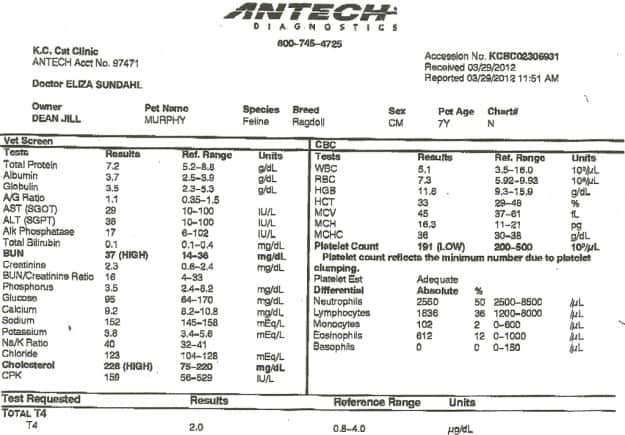 KC Cat Clinic also took his urine and found that his urine had no indication of further kidney damage - which is excellent.

We showed his blood work to Dr. Pat Perkins and she was very pleased - said she would love to have such blood work.  Dr. Perkins also mentioned that the ranges they have for cats sometimes can be off, especially for a breed or even for a species!  Ugh.  I have a feeling that I might have to figure out the best lab in Kansas City and request that they are only used!

As you can imagine, I am thrilled with the results and Mr. Murphy (Beau) can continue his life as a happy, healthy Ragdoll kitty.

So now, all the Ragdoll cats in the Dean family have gone to acupuncture.